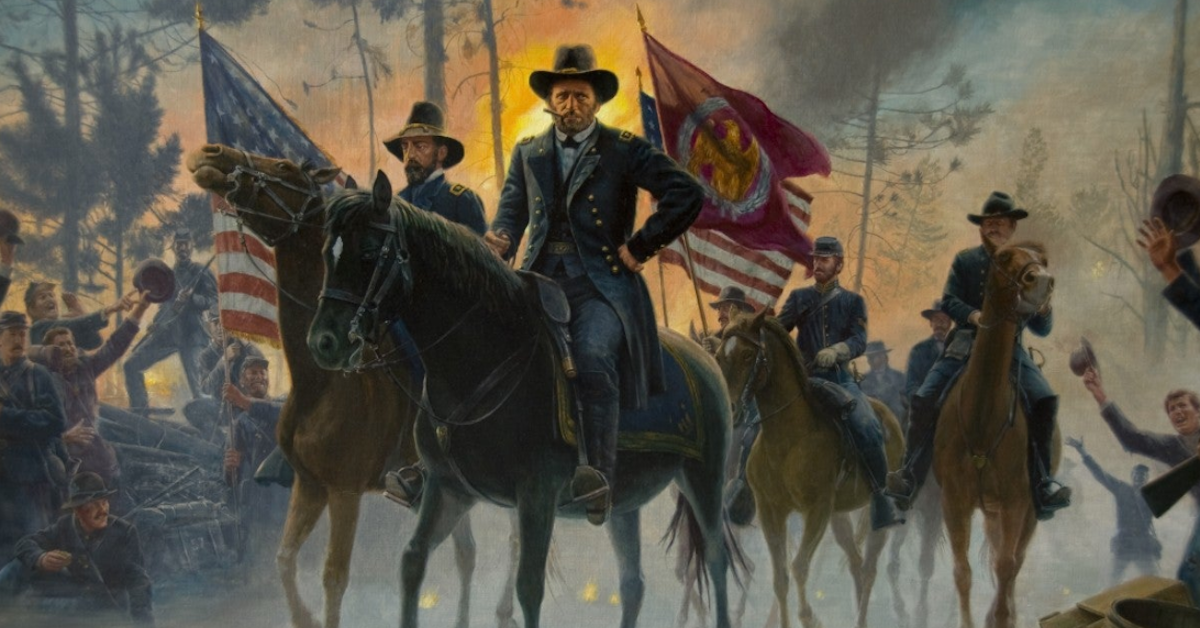 On March 10, 1864, President Abraham Lincoln promoted Ulysses S. Grant to the rank of Lieutenant General of the U.S. Army.

For all intents and purposes, the rank of Lieutenant General had been suspended after George Washington’s death. During the Civil War, President Lincoln asked Congress to revive it in order to distinguish Grant from the other generals in the field.

As Lieutenant General of the United States Army, Grant was charged with commanding all union troops against the Confederates — and was answerable only to the president.

Before Grant famously became the general the Union needed to win the Civil War, he was forced to resign from the Army for drunkenness. But when the South seceded, he raised a regiment of volunteers that he used to take the fight to the Confederates in the West.

As Lincoln’s right hand man, he would prove worthy of his elevated position. In April, 1865, the south would surrender, due in no small part to Grant’s orders to William Sherman to burn Georgia to the ground. He always showed this level of doggedness in his military career. During the Mexican War, he led cavalry charges despite only being a quartermaster. As a messenger, he braved the sniper-lined streets of Monterrey while hanging off the side of his horse, using it as a shield.

At the Battle of Chapultepec, he carried a howitzer to the top of a church steeple, a move essential to the final assault on Chapultepec Castle and to winning the war itself.

In 1869, Grant would go on to become the 18th president of the United States of America.

Featured Image: Painting depicting Lt. General Ulysses S. Grant on the field during the Battle of the Wilderness, Virginia, May 5-7, 1864. (U.S. Army)