3 reasons Maverick would be a badass TOPGUN instructor 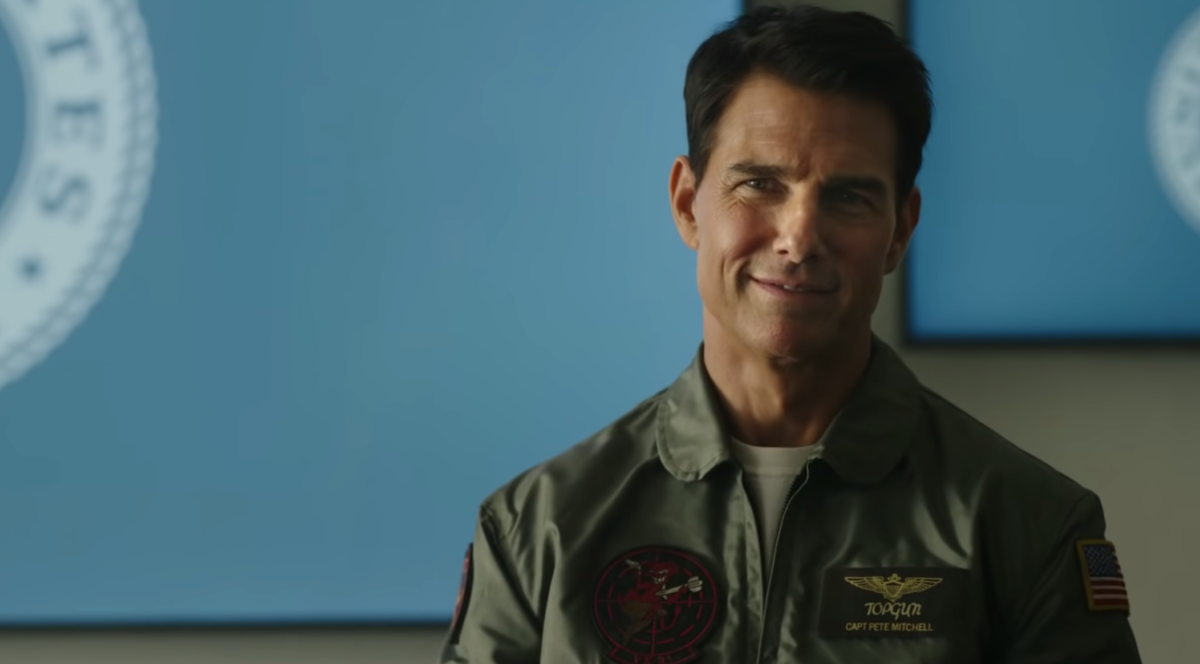 “Your instructor is one of the finest fighter pilots this program has ever produced. His exploits are legendary. What he has to teach you may very well mean the difference between life and death.” These are the words used to describe Maverick in one of the trailers for the upcoming Top Gun sequel. While some people question the sense of having an O-6 who is pushing 60 years of age serve as a TOPGUN instructor, he is actually one of the best teachers that the Navy could possibly have.

1. He’s had years of experience

According to the Top Gun: Maverick trailer, our favorite hotshot fighter pilot had been serving for over 30 years. While Maverick’s rebellious nature has kept from achieving a Flag Officer rank, it has also kept him in the cockpit and behind the stick longer.

No, he wouldn’t make a good instructor at the Naval War College and he probably doesn’t have the tact (or patience) to play politics in Washington; but TOPGUN is a Fighter Weapons School. As Cmdr. Mike “Viper” Metcalf said to Maverick’s class, “We don’t make policy here gentlemen. Elected officials, civilians, do that. We are the instruments of that policy.” Who better to teach you to fly your fighter plane to the edge of the envelope than a pilot who has spent his entire career behind the controls?

2. He learned teamwork and emotional intelligence through loss and combat

Yes, at the beginning of Top Gun, Maverick is arrogant, self-centered and immature. He’s cocky and overly confident, even after he’s outperformed by Iceman and lectured by Jester. However, after losing Goose during their flat spin incident, Maverick is taken down a few pegs and loses his edge. It’s worth noting that before the incident, Maverick and Goose were only two points behind Iceman and Slider in the competition for the TOPGUN trophy. Despite his performance slipping at the end of the course, Maverick still accumulates enough points to graduate with his class.

Following graduation, Maverick along with Iceman, Slider, Hollywood and Wolfman, are ordered to the USS Enterprise to fly fighter cover for an operation to rescue the intelligence-gathering vessel SS Layton. Afterman Hollywood and Wolfman are shot down by enemy MiGs, Maverick and Merlin are launched to provide backup for Iceman and Slider who are fighting for their lives against five enemy aircraft. Horrible odds for any pilot, Maverick manages to snap out of his funk and engages the enemy. Remembering Jester’s words, Maverick refuses to abandon his wingman, even when an enemy MiG gets behind him.

Emerging from the engagement victorious, Maverick and Iceman’s rivalry turns into a bond of trust, the likes of which can only be formed in the crucible of combat. “You are still dangerous,” Iceman tells Maverick. “But you can be my wingman anytime.” Following the intense aerial battle, Maverick also learns to let go of Goose’s death. He no longer feels overly responsible for his RIO and throws Goose’s dogtags off the back of the carrier; a beautifully symbolic move, but not one that Goose’s son is likely to be pleased with. Admittedly, Maverick still had some growing up to do as a junior officer.

3. He has been in a dogfight and has aerial kills to his name

Very few fighter pilots in the 21st century have scored kills in aerial combat and even fewer are Naval Aviators. The shootdown of a Syrian Su-22 by a Navy F/A-18E in 2017 was the first US air-to-air kill since an Air Force F-16 shot down a Serbian MiG-29 during the Kosovo campaign in 1999.The last Navy F-14 kill took place in 1991 when a Tomcat shot down an Iraqi Mi-8 helicopter with a Sidewinder shot.

During their engagement at the end of Top Gun, Iceman emerged from a dogfight against five MiGs with one kill under his belt; an impressive feat considering he was forced to fly defensively. Maverick, on the other hand, scored three aerial kills. Just two kills shy of becoming the Navy’s first ace since Vietnam, Maverick earned his kills in close-quarters fighting. This factor adds to the impressiveness of his victories since the F-14A was more adept at intercepting Soviet bombers at long range with its powerful radar and Phoenix missiles than it was an dogfighting.

“Though the Tomcat was technically a fighter plane, it wasn’t really designed for the visual BFM arena,” Tomcat pilot Francesco “Paco” Chierici remembered. “It had a number of elements working against it when it came to dogfighting.” Besides its large size, Paco also notes that the A-model Tomcat was underpowered for maneuvering fights. Maverick was able to score three kills in a dogfight against a numerically superior enemy that was flying a smaller and more maneuverable aircraft than his. Any fighter pilot would be lucky to learn from an aviator like him.

Clearly he can still pass his flight physical (Paramount Pictures)

Despite his age, Maverick is still fit enough to fly, and fly well. After all, he’s still able to pull off his signature evasive maneuver. In the trailers, we even see him behind the controls of what appears to be some sort of high-speed experimental aircraft. Maverick returns to the skies in Top Gun: Maverick, releasing in theaters on July 2, 2021.