You can buy the Army’s new rifle from SIG Sauer 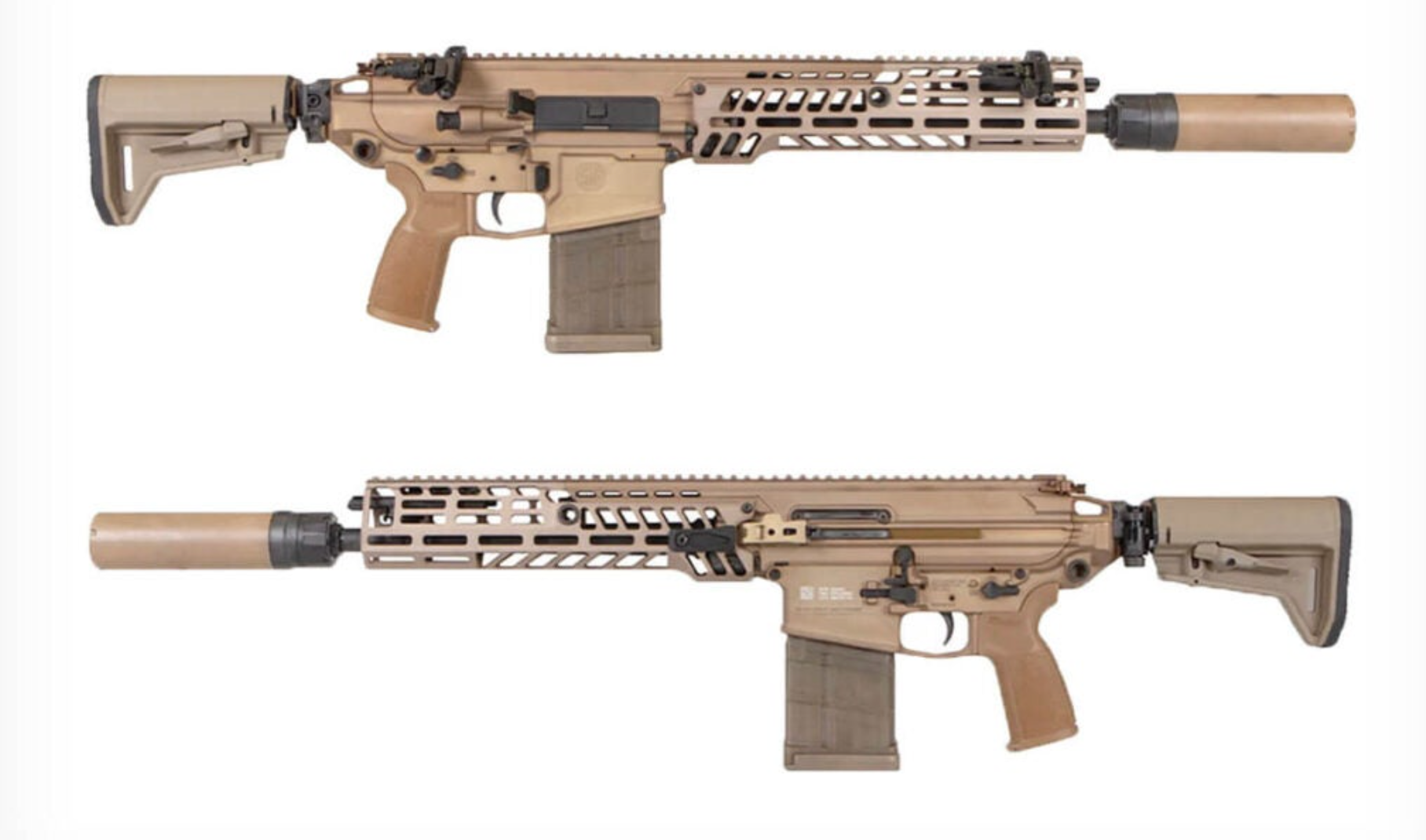 At $7,999, the MCX Spear is only for the serious collectors and enthusiasts (SIG Sauer).

The Next Generation Squad Weapons program, especially the rifle acquisition, is one of the most notable Army acquisition programs of the 21st century. Many rifles have tried and failed to replace the M4/M16 family of weapons, but the NGSW-R program has actually done it and is expected to equip the first Army unit during FY22. The Army has also selected the scope that it will pair with its new rifle. Moreover, SIG Sauer has released its NGSW-R submission to the civilian market.

It’s not uncommon for firearms manufacturers to release products to the civilian market following a failed bid for a government contract. By doing so, companies are able to recoup any research and development costs lost by not winning the government contract. For example, Glock and Beretta released their submissions for the Army’s Modular Handgun System program which SIG Sauer also won. However, SIG Sauer’s release of the MCX Spear in to the civilian market before the conclusion of the NGSW competition came as a bit of a surprise.

Specifically, the MCX Spear is SIG Sauer’s rifle submission for the NGSW program. However, as stipulated by the guidelines of the competition, it is chambered in the same cartridge as the company’s machine submission. That said, the civilian version of the MCX Spear is restricted to semi-automatic and is chambered in a proprietary .277 Fury cartridge. This is the commercial version of the hybrid 6.8x51mm round that SIG Sauer developed for the NGSW.

The MCX Spear is being marketed as a novelty for civilian purchasers. “This is a rare opportunity for passionate consumers to own a piece of history,” said SIG Sauer President and CEO Ron Cohen in a company press release. “This first production run MCX-SPEAR, and all of the revolutionary technology behind its development, is being offered to the commercial market in a configuration that is a near match to our NGSW-R submission.”

Like the NGSW-R submission, the MCX Spear can be modified to fire the 6.5mm Creedmoor or 7.62x51mm NATO calibers with a barrel swap, features rear and side non-reciprocating charging handles, a six-position folding stock, ambidextrous controls, a two-stage match trigger, two-position adjustable gas system, 13-inch barrel, and the same free-float M-LOK handguard. The MCX Spear includes two 20-round magazines and a code for two complimentary 20-round boxes of .277 Fury ammo. SIG Sauer does sell 135 grain ball and 150 grain Elite Bonded Polymer Tipped 20-round boxes of .277 Fury for $33.95 and $79.95 respectively. However, with SIG Sauer’s win of the government contract, it is likely that the ammunition will decrease in price as production increases.

The first production run special edition of the SIG Sauer MCX Spear rifle carries a hefty MSRP of $7,999.00. Of course, the amount of research and development that went into the rifle must be taken into account. Moreover, the inclusion of the suppressor further explains the steep price. Finally, the exclusivity of having a rifle that won the NGSW-R contract best justifies the MCX Spear’s cost. Following SIG Sauer’s acquisition of the government contract, it is possible that additional versions of the MCX Spear will be released to the civilian market at a lower cost like a 16-inch barrel or a rifle sold without the SLX suppressor.