Today in military history: Aztec capital falls to Cortés - We Are The Mighty 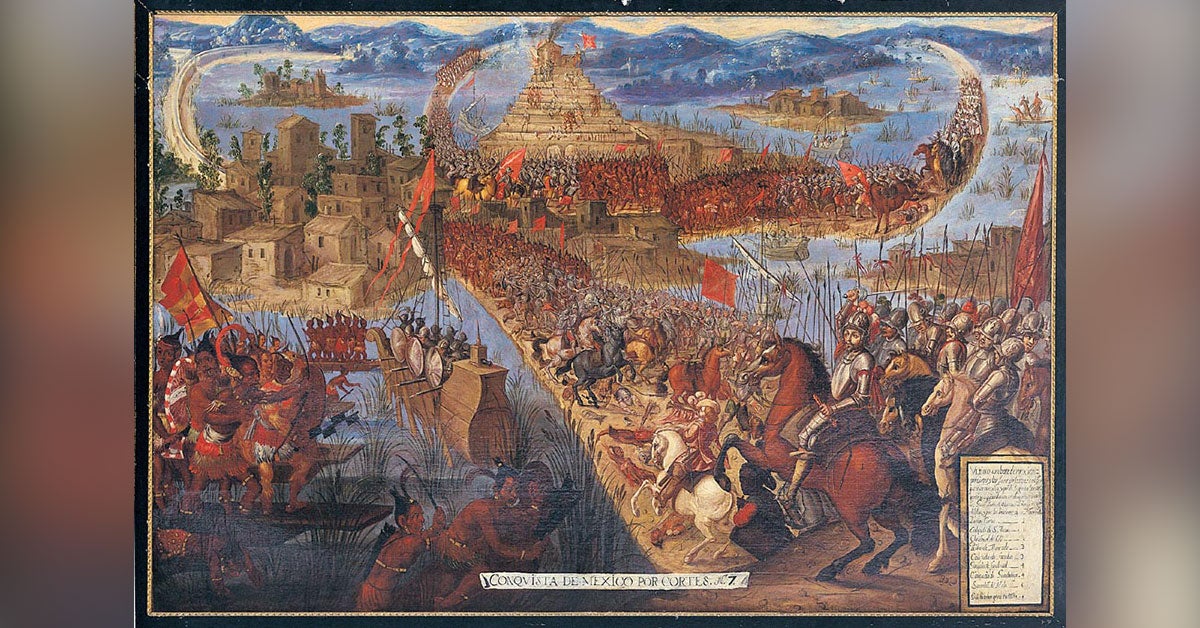 On Aug. 13, 1521, Tenochtitlán, the capital of the Aztec Empire, fell to Spanish forces under the command of Hernán Cortés.

Tenochtitlán was established in 1325 A.D., and in the next century, the Aztec empire grew into an advanced civilization marked by agriculture, intricate social, political, and religious customs, and military strength.

Cortés, a Spanish-born noble, first sailed to Hispaniola in the West Indies in 1504. His conquest began with conquering Cuba in 1511, Mexico’s Bay of Campeche in 1519, and finally deeper into Mexico.

While he did encounter resistance from native peoples, he made allies when he announced his plans to conquer the Aztecs, who were hated for their demands for human sacrifices.

Montezuma II, the leader of the Aztecs, ultimately invited Cortés into his city, believing him to be an envoy of the god Quetzalcoatl. Cortes imprisoned Montezuma in his own palace and ruled through the now-puppet emperor.

When Cortés left the capital to defeat a Spanish force from Cuba determined to deprive him of his command, he returned to find it in revolt against his rule.

After a three-month siege, the city fell to Cortés, and with it, the Aztec empire.

Featured Image: Unknown artists. “The Conquest of Tenochtitlán,” from the Conquest of México series, Mexico, second half of seventeenth century, Oil on canvas. (Jay I. Kislak Collection Rare Book and Special Collections Division, Library of Congress)