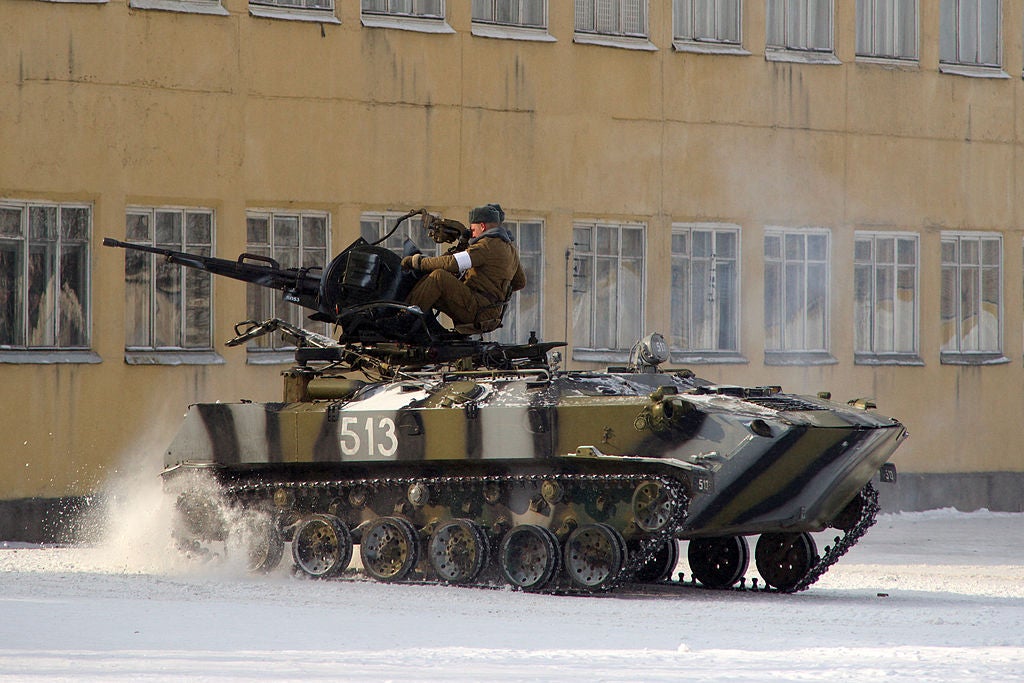 Ukrainian fears of a Northern Front opening up soon may not be as unfounded as some believed just a few short months ago. Russia and its longtime ally Belarus have expanded their joint military drills inside Belarus in the past few days, adding soldiers, weapons, and specialized equipment based on the Russian experience in Ukraine.

Unconfirmed reports from Telegram channel lead experts to believe anywhere from 1,400 to 1,600 additional Russian troops have moved to training areas inside Belarus. Belarusian President Alexander Lukashenko even visited one of the training areas to greet soldiers there in the previous weeks.

The new influx of troops and weapons has added to growing concerns that Russia will attempt to open a new front in the War in Ukraine, this time coming from the Ukrainian northern flank, where Ukraine borders both Russia and Belarus. Lukashenko has repeatedly asserted that Belarus will not join the war on the Russian side, but Russian President Vladimir Putin has also repeatedly used Belarusian territory as a launching point for military operations.

The most notable incident came last year during the Russians’ failed drive toward the Ukrainian capital of Kyiv. Russian forces were ultimately driven back – far back – from the capital, making a disastrous and embarrassing retreat to where the lines are today. But one failed push doesn’t mean another attempt is totally off the table for Putin.

At the end of 2022, Putin and Lukashenko met one another in Minsk, the Belarusian capital, where Lukashenko affirmed his country’s relationship with Russia and its increasingly despotic president, saying:

“the two of us are co-aggressors, the most harmful and toxic people on this planet. We have only one dispute: who is bigger. Vladimir Vladimirovich says it’s me. I’m already starting to think that he is. We decided that it doesn’t matter, since we’re together.”

The new years has shown little signs of a peaceful resolution to the conflict, either. On New Year’s Eve, Russia launched a massive missile and kamikaze drone attack against Kyiv and other targets throughout Ukraine. The Ukrainians responded with an assault on New Year’s Day that killed dozens of Russian troops.

Russia claimed to have retaliated with a “mass missile strike” in Kramatorsk that it says killed at least 600 Ukrainian troops, but no one has been able to confirm the attack or its death toll. Ukraine called the claim just another piece of Russian propaganda, while Reuters journalists found that Russia’s claimed retaliation had in fact missed its intended targets – with no casualties.

Meanwhile, fighting continues on the ground in the disputed areas of Kharkiv and Donetsk. The conflict slowed in the fall with mud that pervades eastern Ukraine at that time of year, but with winter temperatures freezing the ground, many expect fighting to resume in the most heavily-contested areas of the country. Russia seems poised to mobilize an additional 500,000 troops for service in Ukraine on top of the 300,000 mobilized in October 2022.

Ukrainian Defence Minister Oleksii Reznikov and Army commander Valeriy Zaluzhnyi believe the Russian forces will attempt another assault on Kyiv in February, marking one year of conflict with another drive on the capital from Belarusian territory. Ukrainian intelligence analysts believe the chances of success from such an attack are still low, however.