Russia is reportedly afraid of a new attack from the West: Psychics

Russia is reportedly afraid of a new attack from the West: Psychics 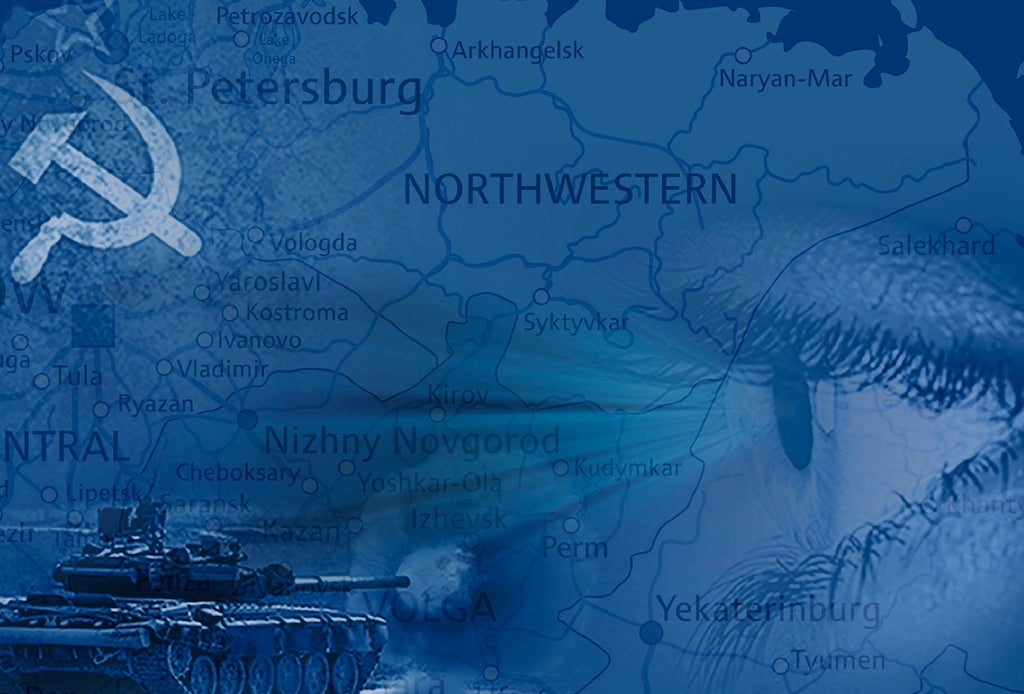 For more than a decade, the Defense Intelligence Agency - the Nation's primary manager and producer of foreign military intelligence - ran a paranormal program. The Agency used psychics to collect intelligence on foreign targets. (DIA photo by Photo by Cornell Adams).

We’re not talking about Miss Cleo here. Russians are a deeply mystic people, and upwards of 60 percent of Russians believe in some form of magic. The heavy hitting decision makers at the Kremlin aren’t exempt. Their newest concern, according to leaked memos, is that the West will make a psychic attack on Russia, its leadership or its forces over the ongoing war in Ukraine.

The West has offered military support in many forms to the Ukrainian armed forces. HIMARS missiles, anti-drone tank guns, and Javelin missiles are just a few of the real-world examples that are currently making a difference on the Eastern European battlefields. They’ve even busted out Cold War-era weapons designed for use against the Russians.

Still, It’s highly unlikely President Joe Biden considered reviving Cold War-era CIA and Defense Department programs designed to harness the untapped psychic powers of humans, whether they were for offensive operations or simply intelligence gathering. Still, the Russians are making real-world preparations in case of such an attack.

The Insider, a Russian language newspaper in exile, reported that the Russian Federal Protective Service (FSO), the agency charged with protecting its highest ranking officials, gathered in Moscow for an exercise in October 2022. Its mission was to prevent a “massive ideological attack” where insurgents used hypnosis, psychic generators, and items in “prepared packaging”  to topple the regime.

In response, the Kremlin not only mobilized the FSO and rooted out “unstable” members of the agency, it began holding weekly political classes and trips to church to rally its own hypnotists and priests around Putin, to “decrease the psychological stability of the personnel, their moral disorientation and bringing them to a state of unwillingness to resist.”

Their target was social movements, religious and pseudo-religious organizations with an emphasis on individuals “prepared for the psychological infection of personnel and possessing hypnotic abilities.”

In addition to the threat of psychic attack, the actions were meant to protect officials against real threats that foreign intelligence agent might use to overthrow the regime, such as traditional media outlets, social media, and non-governmental agencies. It is nice to know they weren’t completely off base with their planned defense.

The only problem with much of the planned Russian counter to psychic attack is that not many people are exactly sure what they were preparing for. The leaked memo not only mentions “prepared packaging” without any reference to what that means, but also previously unheard of terms, like “psi-viruses,” “psi-generators,” and more.

Insider learned that the person responsible for the mass exercise is FSO Deputy Director Alexander Komov, about whom very little is known outside of FSO circles. It’s said his colleagues call him “The Astrologer,” because of his interest in space. He is known to have taken part in studies on remote sensing and runs an advisory group that is made up of actual astrologers, black magicians and psychics.

While all of that might sounds insane to the Western mind, especially while Russian troops are dying from real weapons in Ukraine, the U.S. has been aware of Russian mysticism for a long time. In 1998, the New York Times reported that Soviet citizens believed in horoscopes, folk medicine, faith healing and more.

It’s not known just how much Russian President Vladimir Putin shares these beliefs, but much of his rhetoric reflects similar influences. Whether he uses biblical and apocalyptic imagery to further his control of the Russian people or if he truly believes it is anyone’s guess, but for now, he can sleep soundly knowing that he’s well-defended against incoming psychic attack.