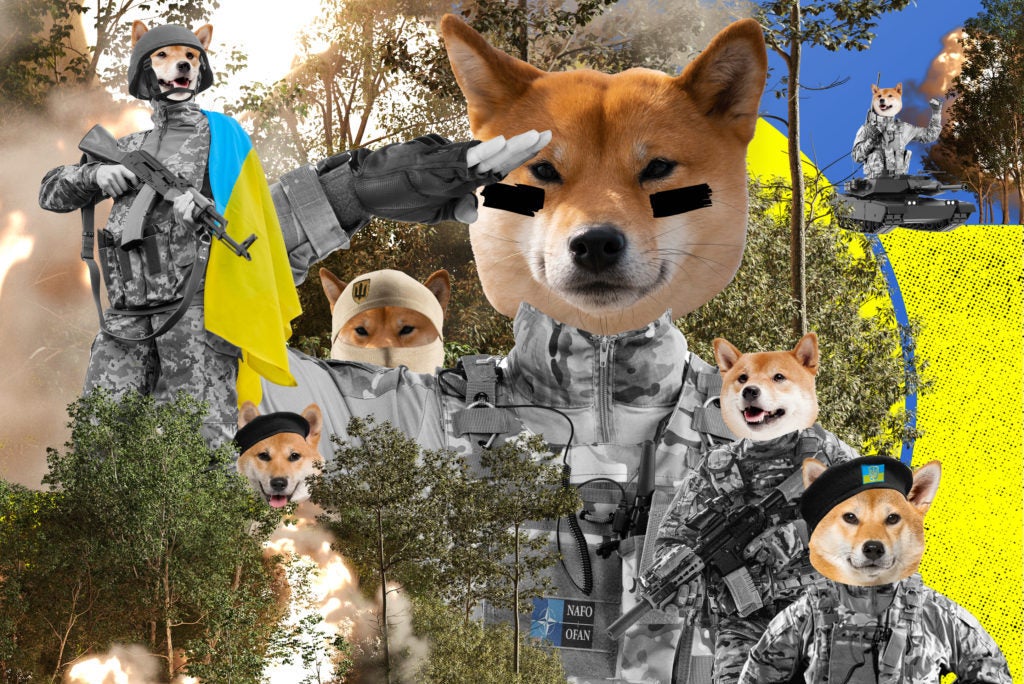 At the outset of the Russian invasion of Ukraine, it was NATO that was seen as Ukraine’s ultimate savior, their only means of defense against the lumbering Russian bear. As time went on and it became clear that Ukraine was more than holding its own (with NATO’s military and economic assistance), Ukraine still faced the need to counter the Russian propaganda machine.

Enter NAFO, which stands for North American Fellas Organization. It’s an informal network of internet enthusiasts, national security experts, and other Twitter users who are giving the Russian propagandists a taste of their own medicine. They are turning the use of internet trolls against the Kremlin to devastating effect.

NAFO has taken to social media to fight the “Vatniks,” Russian sympathizers who support the Kremlin and its actions in Ukraine and elsewhere. Using memes, viral videos, and other internet tools and tactics, they are not only negating Russian propaganda, they are making the Putin regime look positively feckless.

On Twitter, NAFO “Fellas” identify themselves with the Shiba Inu “Doge” avatar. When a Fella encounters Russian propaganda, they simply label it with the hashtag #Article5 (a reference to the NATO article that considers an attack against one an attack against all), and the Fellas come running to overrun the account with pro-Ukraine humor and real information to counter the Russian attempt at twisting the truth.

Some might say that simply trolling Russian officials and supporters online will do little to help the Ukrainian troops on the ground, but nothing could be further from the truth. Garnering attention means garnering support, which means real aid is flowing into Ukrainians, other international units fighting the Russians, and to Ukrainian refugees in Poland and elsewhere.

The pro-Ukraine effort began in May as a means to raise money for the war effort, like a Ukrainian version of a good-old war bonds drive. But instead of getting a bond that pays back, you get to watch the internet crush Vladimir Putin and the Ukrainians crush his army. All it takes to get your very own Doge avatar is to donate to anti-Russian group via PayPal.

The Georgian Legion, a unit formed after the Russian Invasion of Georgia in 2006, is one such group. They accept donations by Paypal. All you have to do is tell them it’s “To help feed wolves with 2-headed chicken dinner,” a reference to the Russian two-headed eagle emblem.

For those aspiring Fellas who want to do more than donate and get into the anti-propaganda battle on Twitter and elsewhere, Ukrainian-American journalist Natalia Antonova has created a handy guide to trolling Russian officials. Her guide suggests playing to the Russian religiosity and superstition, trolling them about American superiority, and using their own homophobia against them.

Militarily, she suggests reminding Russian officials and military leaders about the failures of the Russian armed forces in Ukraine and elsewhere, and there are many to choose from. From Afghanistan to the First Chechen War to Russian losses against the U.S. Marine Corps in Syria. Take your pick, aspiring Fellas.