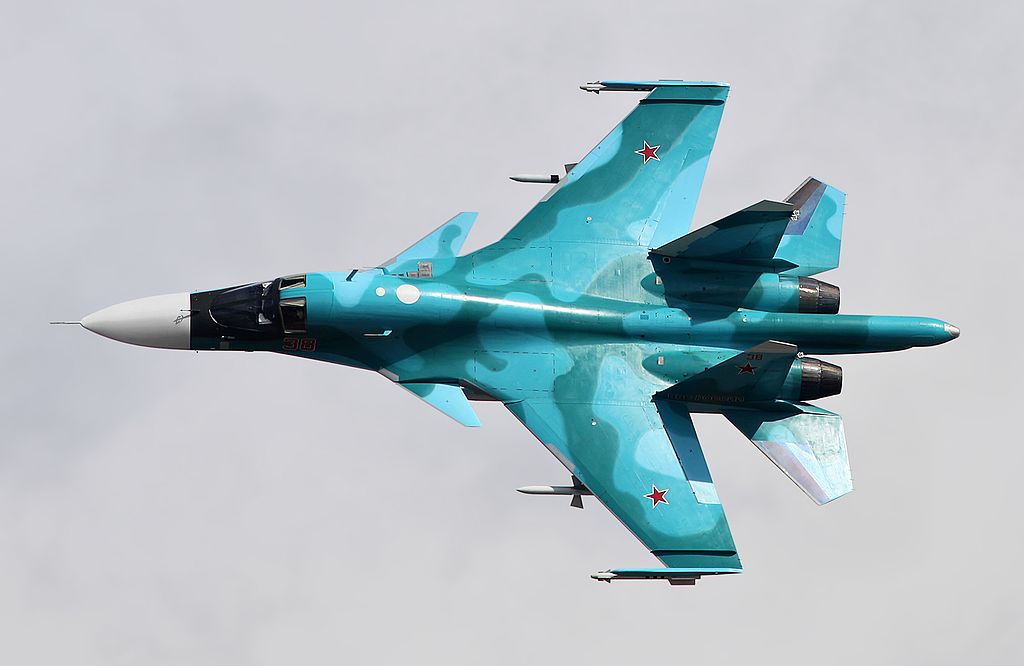 As if the Russian invasion of Ukraine didn’t have enough problems on its own, the most devastating losses to the Russian air forces came at the hands of Russia itself. It also showed the weaknesses of some of its own most advanced fighters, the Sukhoi Su-34 and Sukhoi Su-35.

To support its Invasion, the Russians moved Su-34M advanced fighter bombers from the 277th Bomber Aviation Regiment, normally stationed in the Far East, to the Ukrainian front. Also deployed there is Russia’s vaunted new S-400 surface to air missile batteries. In case they ever wanted to test which one was better – now they have their answer.

The Su-34 is a supersonic, medium range fighter-bomber aircraft, and though it’s more than 30 years old, it’s still a formidable weapon system. Like any modern warplane, it also carries an identification transponder so that friendly weapons systems won’t target it, or it’s supposed to work that way, anyway.

In July 2022, one of Russia’s precious precision strike aircraft carrying laser-guided missiles was shot down by Russian air defense systems. At the time, it was one of an estimated dozen that have been lost in the war against Ukraine. What makes the loss more painful is that Russia only has around 110 Su-34 aircraft and builds only a dozen or so in a year – a year’s worth of aircraft losses in less than six months.

If that wasn’t bad or embarrassing enough for the Russian air force, the next day, they did it again. This time, the target was an incoming Su-35 fighter. The Su-35 is only slightly older than the Su-34 but has been updated and modernized. The $85 million aircraft is supposedly “supermaneuverable,” designed to hunt and defeat ground-based targets like the anti-aircraft missile battery that shot it down.

It was the second loss of an Su-35 during the war in Ukraine. Ukraine claimed its forces were responsible for downing the first Su-35 lost in the conflict. It features an advanced sensor package and 12 hardpoints for carrying weapons to attack ground targets, which would be a hard loss for the Russians who are slowly being ground down in Ukraine.

Some analysts believe the Russians have been looking for American-made rockets coming from Ukraine and targeting ammunition dumps and other war materials sites inside Russia. The U.S. HIMARS system is one such platform capable of reaching targets behind the Russian lines. Russia’s S-400 missile system is said to be effective against HIMARS rockets but so far, Ukraine says the Russians have been unable to intercept any HIMARS rockets in the conflict.

Unknown authors on Twitter believe the lack of a successful intercept is due to the Russian purposely not using the S-400 against HIMARS missiles. The recent losses of Russian advanced fighters could mean the S-400 is now being used against the rocket attacks, but cannot read the Russian Friend or Foe Identification transponders and thus keeps targeting friendly fighter aircraft.

The disastrous results could indicate a lack of training or experience with the S-400 or that Russia is hurrying in adapting to the conditions of the conflict and using untested methods to intercept incoming missiles. It could also mean Russia has trouble communicating between defense units. Russia has not admitted to shooting down its own advanced fighters, but continues to struggle against Ukrainian missile attacks against targets inside Russia.