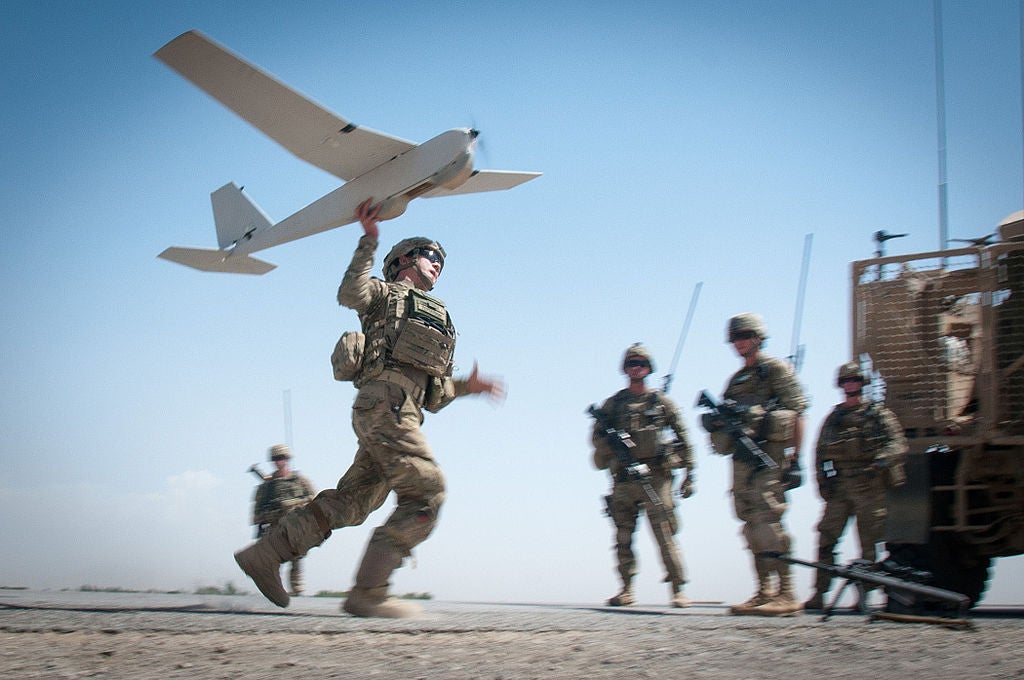 Military drones are highly technical, yet basic knowledge of civilian drone control has helped the recruits gauge the enemy’s position multiple times. The Ukrainian government has found efficacy in training 18-year-old drone pilots with highly-technical skills. With the war knocking on Ukraine’s door unannounced, there is clearly no time for lengthy training sessions, giving the younger generation, who is already technologically savvy, an upper hand. Although it may be unconventional to send 18-year-olds to the battlefield with basic knowledge of drone piloting, Ukraine’s tactics seem to be working in its favor.

Images of the RQ-20 Puma drones employed in schooling Ukrainian soldiers were recently posted by Ukraine’s Ministry of Defense’s information office. These drones, as well as kamikaze switchblade aircraft and other munitions, were included in one of the U.S. direct aid shipments. The drone looks like an airplane but is much smaller and lighter. It can fly with the assistance of an operator or alone using GPS navigation for up to two hours. Ukrainian soldiers can track the location of Russian forces at night using night-vision gear. RQ-2O Puma is one of the most important technologies in the fight against the enemy for the Ukrainians.

Before the war broke out, most Ukrainian soldiers had no idea how to operate small aircraft, but the need is now there. This is why the military has made it a priority to train 18 year olds to operate such drones. While the Ukrainian military does not have enough of these drones, they still have an unprecedented edge. Consumer drones have a major effect on the nation’s defense against Russia, from monitoring to rescue operations. The Russian missile defense system launches missiles every minute in the wintry alleys of the north Ukrainian town of Trust Units.

Along either side of the blasting armament equipment are tanks and armored trucks. The weapon, hidden behind buildings and close to the town’s railway system, is not operating solo. A Ukrainian drone, however, is hovering dozens of meters above it, capturing the assault. It is a piece of simple commercial equipment, not a complicated military system that anyone may purchase. The military establishment has used drones of all sizes to spy on the adversary.

Unlike complex military drones, commercial drones can be flown by people without specific training, which is where the 18-year-old pilots come in. Drone videos published on social media portray the war’s severity and disclose what occurs during the battle. Some have been used to annihilate Russian troops, while journalists have employed others.

Reconnaissance is an important part of every battle as it often gives the surveying team a competitive edge. In this case, it might be risky to send a reconnaissance team as opposed to using drones. Unfortunately, if the enemies detect the drones, they can be used to trace the pilot’s position, which is when missiles will be fired. Drone piloting is a serious duty to the Ukrainian military, and no risks can be taken. Only the best are chosen for the task, and training 18-year-old drone pilots is among Ukraine’s best strategies.