A Ukrainian military spouse shares her story - We Are The Mighty 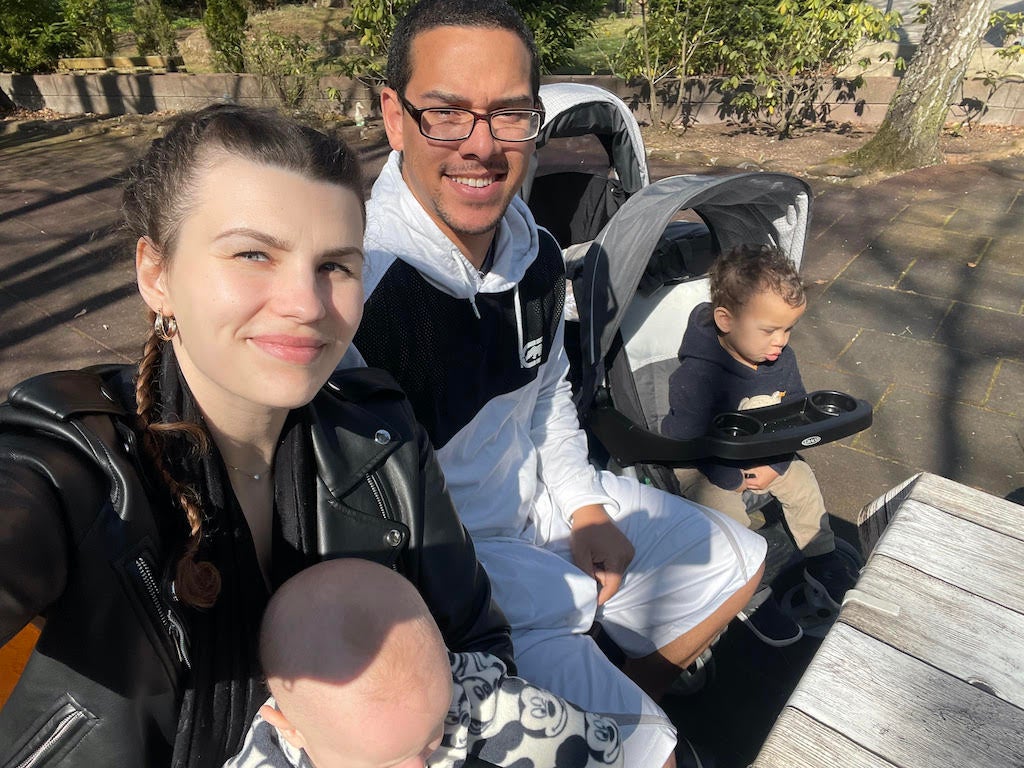 For the past two months, people around the world have been holding their breath, praying and doing what they can in support of Ukraine, the European country invaded by Russia on February 24, 2022. But while for most people, this conflict begins and ends with reading yet another update on the news, for one military spouse, in particular, this war is a harsh reality that keeps her up at night, worried about her many family members who live in the invaded country.

“I was born in a little village in West Ukraine in 1996,” Valerija Williams, Marine spouse, shared. “Just like my mother, grandmother and many of my ancestors.”

At the age of two, Williams moved to Germany with her parents and paternal grandparents but was able to keep her Ukrainian heritage very much alive. “My stubbornness, my love for hot tea and my low-key desire for drama,” she said, “are all Ukrainian attributes I display with great pride.”

While working as a flight attendant, she met a military brat who resided in Germany. “We dated on and off for a while before moving in together in Ramstein,” she said. They married soon after, and in 2019, her husband joined the U.S. Marine Corps, a career that quickly took him away from his bride, who gave birth to their first child in July 2020. A few months later, after COVID derailed their moving plans, she finally joined her husband in Texas and gave birth to their second child a year later.

“I had to leave my family members behind, just like my mom did when I was two years old,” Williams said.

Life in Texas was going well, and Williams did her best to keep her Ukrainian culture alive while living in a different continent. “Though my husband is not a fan of Ukrainian food as he complains there are too many vegetables, I do enjoy making Pelemeni, which are meat dumplings. I have always been proud of my country and my heritage.”

It’s a pride that has kept her going since the news of the Russian invasion broke out. “I have been fearing Putin’s invasion since 2014,” Williams said. “I kept telling my family members who still lived in Ukraine to move to Germany, but they always told me that the situation was stable and calm, so why move? As soon as the invasion happened, I feared for my family in Odessa. Bombs falling on the cities, women getting raped, people getting killed. It’s been a nightmare.”

Being in Texas, there wasn’t much Williams could do, which didn’t sit well with her because she was brought up with one main core value: always prioritize family. So, she found a way to rush back to Europe and help her family members who had finally found a way to flee Ukraine. “My husband and I travelled back to Germany, reunited with my family, and helped them settle down — my grandmother and uncle are staying with my parents, while my aunts and cousins have been welcomed by an elderly couple who live in a small town 30 minutes away — before coming back to the United States of America.”

While the Russians have been showing no signs of backing down, Williams is hopeful as she says with great poise that, “As Ukrainians, we love our country and are a very proud people. With his determined resistance, our president, Volodymyr Zelenskyy, has shown the world just that.”

Now a stay-at-home mother of two children under the age of two, Williams hopes the invasion ends as soon as possible, a wish that she knows is shared and deeply felt by countless people across the world.