7 absolutely disgusting (but true!) junior enlisted stories - We Are The Mighty 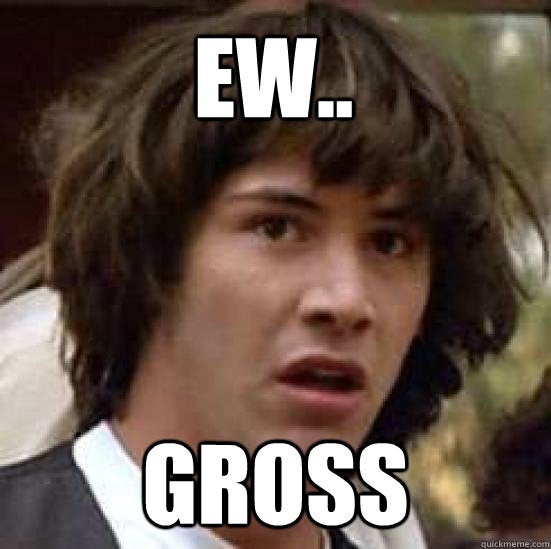 When you put a bunch of 18 year olds together in risky and high stress environments, they are going to find ways to have a good time. Even when it’s really gross or potentially dangerous. All of the things listed below were anonymously shared by those who have done it, seen it and lived it. These are their stories.

The junior ranking members are always asked to do the dirty grunt work. Deck swabbing, mess cooking and weed picking, to name a few. The other thing you can often find them doing is taking out the trash. Some guys don’t have the patience to look for other dumpsters when the ones they walked to were full, so they did what any junior enlisted member would do. They lit it on fire. Yeah, you read that right. They literally lit the inside contents of the dumpster on fire to make more room for their trash. I am sure they saved so much time and effort this way.

When you use a razor, it takes a bit of skin with it. So, it goes without saying that each razor should stay with the person for sanitary reasons. Instead, junior members share each other’s razors. They don’t stop there – they share each other’s clippers too, sharing hair from questionable body parts with zero shame.

Hunting is an admirable activity when you are feeding your family and friends. For the often broke non-rates and E3s, it’s the best way to eat. Who doesn’t love fresh meat? Young service members don’t let barracks living stop them from going on a good hunt. Instead, they just brought the deer back to the barracks, skinning and taking down the deer in the shared bathtub.

If you thought hair exchange was gross, you haven’t seen anything yet. Below is a true accounting of “the dip” and it isn’t the 90s song either.

Soldier 1: “Hey man, what kind of flavor of dip are you chewing on right now?”

Soldier 2: “I got wintergreen, what do you got?”

When troops don’t like their roommates for whatever reason, they find really gross ways to demonstrate it. Like adding in certain body fluids to their roommate’s shampoo, cackling like school girls afterwards when they see their shiny hair.

Plenty of young service members have gotten married before they probably should have. Loneliness and the BAH dollar signs have led so many astray. One soldier watched his buddy get divorced from one wife and marry another, all in the same week.

And finally, the award for the grossest thing that has been done by junior members:

Overseas, the poo gets burned. It is what it is, but that’s not the grossest part of this story. What’s downright gag inducing is the troops who use the poo burning stick to light each other’s cigarettes. It’s a miracle they didn’t die from a number of bacterial infections or burned their own faces in stupidity.

There were so many stories that didn’t make it to this countdown, as they just weren’t fit for anyone’s eyes. But, you can rest assured that there are still so many true gross and dumb stories still floating out there, just waiting for WATM to discover and share with you.