How R. Lee Ermey's famed iconic role really happened - We Are The Mighty 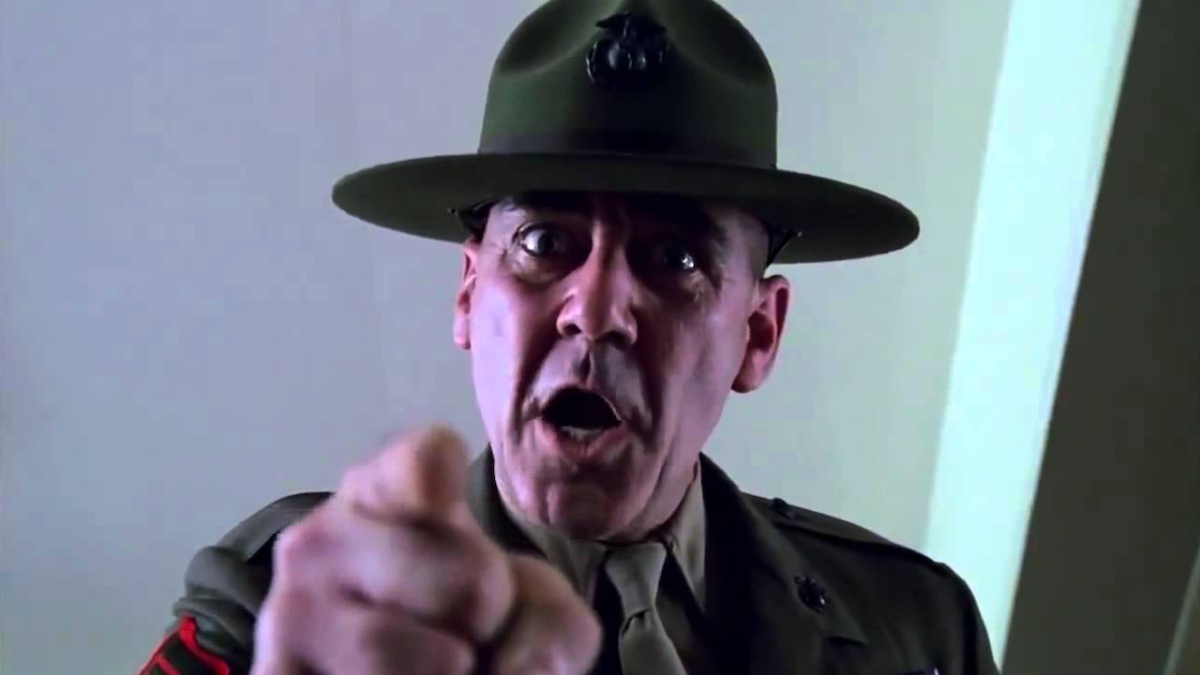 It’s impossible to look at the making of Full Metal Jacket without exploring how Gunny R. Lee Ermey’s famed iconic role helped make Gny. Sgt. Hartman a legend both on and off-screen.

You might know that R. Lee Ermey was a former Marine Corps drill instructor turned actor. He served as a DI for India Company, 3rd Recruit Training Battalion from 1965-1967. He was also the host of a popular YouTube channel, GunnyTime, and an advocate for America’s military. But Ermey’s most notable performance was as Gunnery Sergeant Hartman in the Stanley Kubrick movie, Full Metal Jacket. This famed iconic role helped separate Ermey from the rest of famed military movie actors.

It might be hard to think of him as anything but a hardline, rule-following Marine, but the fact is Gunny didn’t start out that way. In fact, he was a big troublemaker. He got in so much trouble that after being arrested for the second time, a judge told him he could either go to jail or join the military. Fortunately, Gunny made the right choice and enlisted in the Marine Corps. In 1968, Ermey deployed to Vietnam and spent 14 months in country. Ermey served in the Marine Corps for 11 years.

From E-6 to Honorary Gunny in just 30 years

In 1972, he was medically separated from the Marine Corps and officially retired as a staff sergeant. It took 30 years, but in 2002, Ermey was awarded an honorary promotion to gunnery sergeant by the Marine Corps’ commandant. He was the first retiree in Marine Corps history to be promoted after leaving service.

Let’s take a look at how Gunny managed to make the Hartman character such a legend – and what that did for the rest of his acting career.

While attending the University of Manila in the Philippines, Ermey was cast in his first movie. He played a 1st Air Cav chopper pilot and also served as an advisor to director Francis Ford Coppola. Then Ermey landed a role as a drill instructor in The Boys in Company C. For several years, Ermey played in a series of small roles until he landed his big break as Gunnery Sergeant Hartman in Full Metal Jacket. Initially, Ermey was going to serve in a support role for Kubrick.

Adding to the authenticity of the role, Kubrick even let Gunny add and improvise his dialogue throughout the entire movie. That’s huge for a Kubrick film since most of his movies were scripted down to the letter. Or at least, they were until Gunny entered the picture. Without the ad-libbing, it’s possible that Gunny’s famed iconic status might not have ever happened. After all, part of what makes the role so good is how real it feels.

Kubrick said that Ermey didn’t need many takes for each scene. Maybe that’s because playing the role of a drill instructor felt so natural for him. He was able to make the role his own specifically because he’d lived it. He knew exactly how the minds of new Marines would think and worry and react. All of that added to the authenticity of what he brought to the screen, making his performance in Full Metal Jacket one of the most iconic roles in all of film.

If you’re quiet and close you eyes, you can almost hear him shouting:

Ermey went on to star in over 60 films, including roles in Leaving Las Vegas, Se7en, Dead Men Walking, and even stretched his actor’s legs with Saving Silverman and Toy Story.