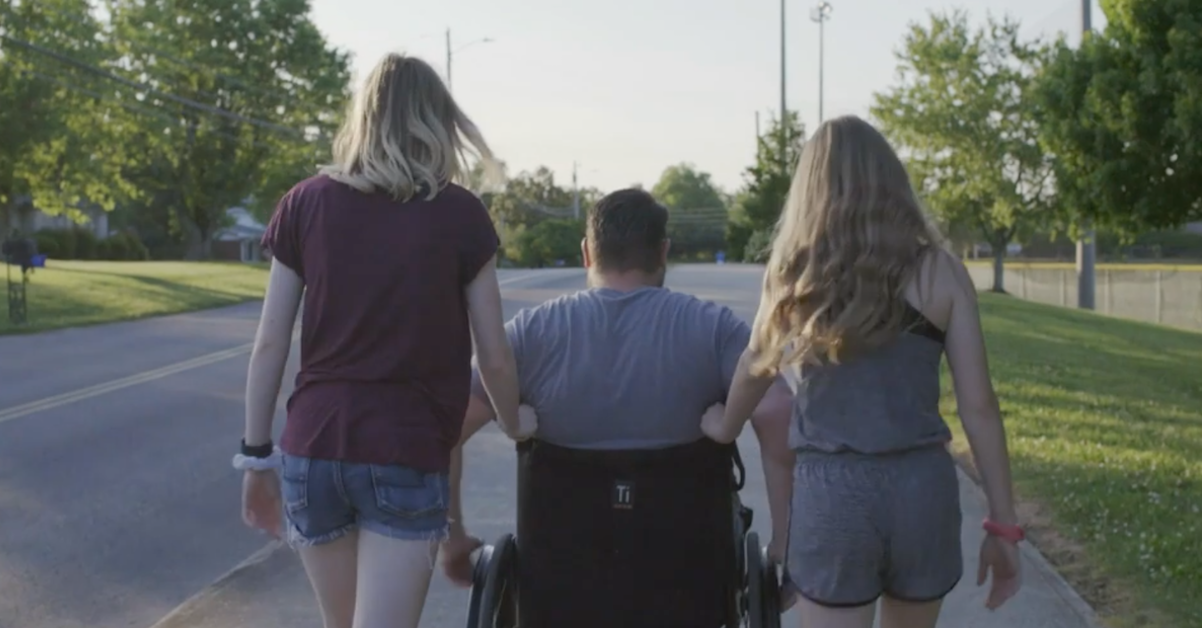 A military caregiver is a family member, friend or acquaintance who provides care and assistance for a military servicemember over a wide range of physical and mental illnesses and injuries.

Sky Blossom salutes the children and millennials who are “going to school, holding down jobs, and living out their youth while at the same time looking after a veteran family member with serious medical conditions.

Journalist and director Richard Lui has firsthand experience as a caretaker. When his father was diagnosed with Alzheimer’s disease, he had to learn how to balance caregiving for his father while working full-time.

“I wasn’t sure whether I’d be able to keep my job or not,” he said. According to AARP, Lui’s boss was a long-distance caregiver, too, and allowed him to provide care for his father during the week and maintain his job as a national news anchor on the weekends.

While adapting to his new role was challenging, Lui attests that it brought his family closer together and inspired the concept for Sky Blossom.

According to data from an AARP report, there are 24.5 million children and millennials who care for the nation’s disabled veterans and other adults. Lui’s film shares their experiences with an uplifting message — and a compelling one. Sky Blossom is on Variety’s short list of documentary features predicted to receive an Academy Award nomination.

The phrase “sky blossom” was used to describe paratroopers rushing to the aid of wounded troops, making it a fitting title for the caregivers who aid their wounded veterans, many of them silently. This film, especially if it does earn some award nominations, will open America’s eyes to the families, friends, and loved ones who support the troops in a very intimate and oftentimes all-encompassing way.

The production followed five families over the course of three years, documenting the teens and 20-somethings as they grew up “and grew into their roles as caregivers,” shared Lui.

“The interviews with each of the families were so honest and raw, unlike anything I’ve seen in my 25-year long career as a journalist,” said Lui in a statement. “I left each interview inspired by the courage of these teens and 20-somethings.”

The film premiered on Veteran’s Day 2020 at the Kennedy Center in Washington D.C. and audiences can expect to see it distributed more widely in 2021.