The Dark Troopers in the Mandalorian were darker than you think 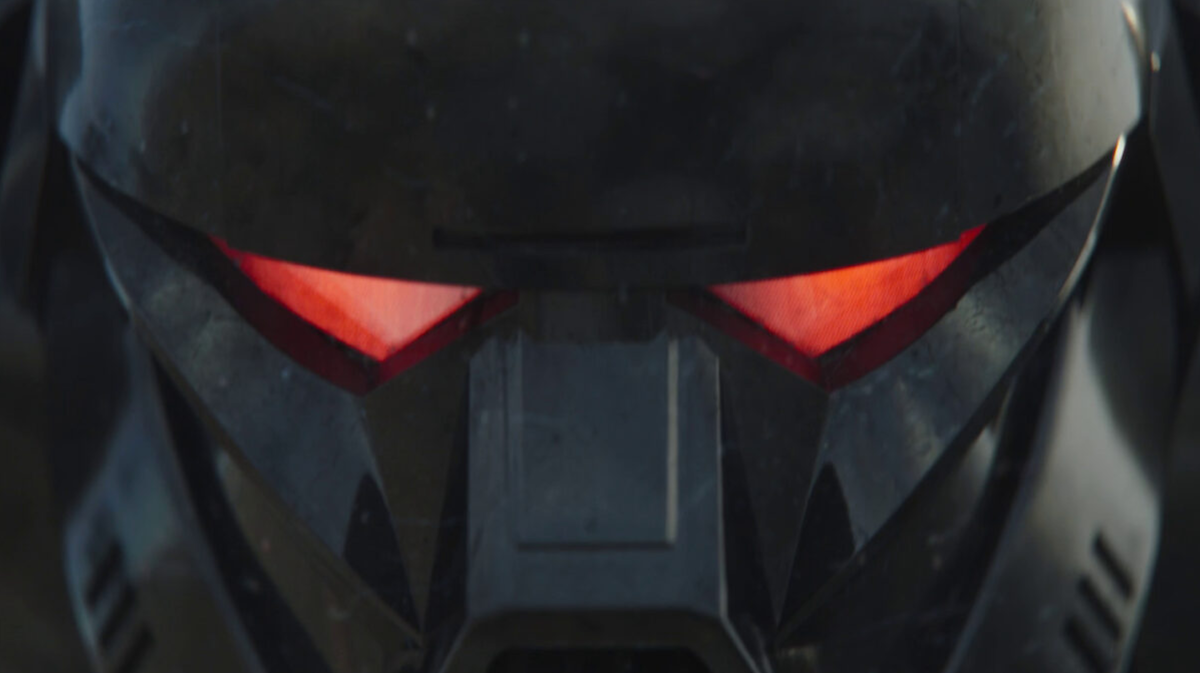 The second season of The Mandalorian brought much content out of the Star Wars franchise Legends and into the new Canon. From Boba Fett’s return to the Krait Dragon, season 2 was a Star Wars fan’s dream come true. Included in the revival of Star Wars past were the Empire’s deadly dark troopers. More than just a commentary on the color of their armor, dark troopers were among the most feared of the Empire’s tools of war. While a garrison of them seemed more than a match for Mando and his allies (but not a Skywalker in a hallway), there’s an aspect of dark troopers that was touched on that made them darker than you may think.

The Clone Wars that led to the rise of the Empire saw the Grand Army of the Republic’s clone troopers pitted against the Confederacy of Independent Systems’ droid army. Whereas the droids could be more easily mass-produced and overwhelm their enemy with superior numbers, the clones were more creative and genetically-based on the legendary bounty hunter Jango Fett. However, the clones had to be modified with an age accelerator that doubled their growth rate in order to meet the manning needs of the GAR. As a result, clones reached the end of their combat life more quickly than a regular person. Anyone in the military will tell you that time in the service already adds additional years of wear and tear on the body. For the clones, three years of constant and intense combat on top of their age acceleration took a heavy toll.

When the Empire rose from the ashes of the Republic, the fate of the ageing clone troopers came into question. The vulnerability of a genetically-pure army was made apparent during the Clone Wars and the Empire needed to cut spending across the military to fund the Death Star. Rather than continue to clone and raise their army from birth, the Empire returned to more traditional recruitment and training to fill the ranks. However, these new recruits could hardly match the lethality and professionalism of the clones that came before them. “Since the Empire has redirected the clone trooper program to other pursuits and stepped up recruiting inferior humans from the Outer Rim, the operational effectiveness of this army has declined significantly,” noted Clone Commander Cody. Cody was a Clone War veteran and one of the best-trained clones that the Republic had produced. His years of experience made him, and other clones like him, a valuable asset to train the new recruits. However, there was one other program that could make use of the clones’ combat experiences.

While the bodies of the clone veterans were deteriorating past their combat usefulness, their minds were full of tactical, operational, and strategic knowledge that could still be useful to the Empire. This idea led to the creation of the Dark Trooper Program. Using much of the same cyborg technology used to transform Darth Vader into a cyborg after his duel with Obi-Wan Kenobi on Mustafar, the Empire began transforming clone troopers into cyborg dark troopers. The process involved integrating the trooper’s brain and nervous system with a mechanical exoskeleton that could perform even better than a clone in his prime. With over 70% of their bodies replaced with enhanced cybernetics, the clones were able to return to combat deadlier deadlier than ever. Equipped with more heavy weaponry than a regular human could carry, the dark troopers were also fitted with jump packs that allowed them to transit the battlefield quickly. Like Vader, the clones were more machine than man; their bodies discarded and their minds now sealed in durasteel.

In the finale of The Mandalorian Season 2, the evolution of the dark troopers is revealed. When Mando asks how many troopers are armed in the dark trooper suits aboard Moff Gidedon’s cruiser, he gets an answer that he doesn’t like. “These are third-generation design. They are no longer suits,” Doctor Pershing explained. “The human inside was the final weakness to be solved. They’re droids.” Though the fate of the cyborg dark troopers is not revealed, it’s unlikely that the Empire gave them a severance package and a gold watch so that they could retire peacefully on Naboo. Despite their loyal service to the Republic as clone troopers and their sacrifice to continue serving the Empire as cyborg dark troopers, it’s likely that they were attritted out of service or simply discarded like other obsolete military equipment. Whatever the case, the gruesome fate of the clones who were turned into dark troopers is yet another tragic story from the galaxy far, far away.