Today in military history: Japanese sink PT-109 with future President JFK on board - We Are The Mighty

Today in military history: Japanese sink PT-109 with future President JFK on board 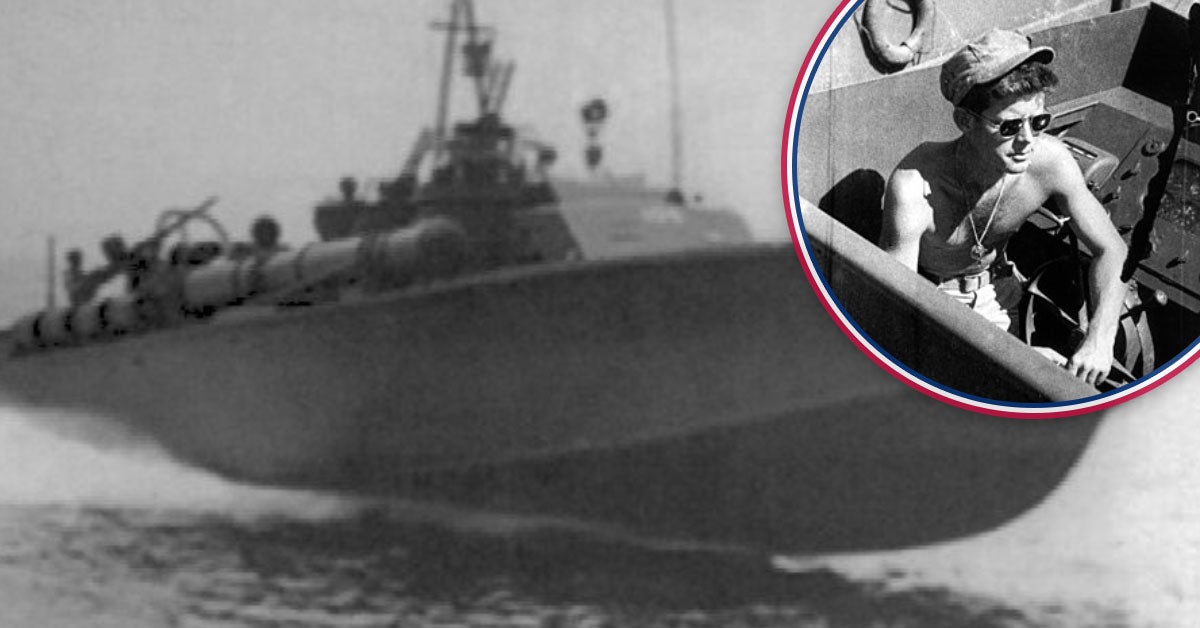 The PT boats were a significant torpedo threat to the Japanese naval fleet, which employed several critical destroyers to pick up supplies in the Solomon Islands. When the PTs set out to intercept the destroyers, Japan’s Amaqiri hit PT-109, slicing it in two and causing so much damage the other PT boats assumed there were no survivors.

Two men did die in the attack, but eleven survived, including JFK, a lieutenant at the time. The crew spent five hours in the water before making it to a coral island. After a failed attempt by Kennedy to flag down help, the survivors then swam to a larger island and met up with two Solomon Islanders, Biuku Gasa and Eroni Kumana, who agreed to take a message to the Americans on a nearby island.

Kennedy carved the following message into a coconut shell: “Nauru Island. Native knows position. He can pilot. 11 alive need small boat.” They actually weren’t on Nauru Island, but it all worked out.

The distress signal found its way to Lieutenant Arthur Evans, who sent a rescue effort.

Kennedy invited Biuku Gasa and Eroni Kumana to his inauguration but they were unable to attend. The circumstances of their failed travels are mired in differing stories, but according to Gasa’s descendents, the men were prevented from traveling by British officials due to their humble appearance.

Kennedy sustained significant injuries to his back that required months of hospitalization and treatment. Kennedy would be awarded the Navy and Marine Corps Medal for gallantry — and the coconut would end up in the Oval Office.