Today in military history: Battle of Lake Erie - We Are The Mighty 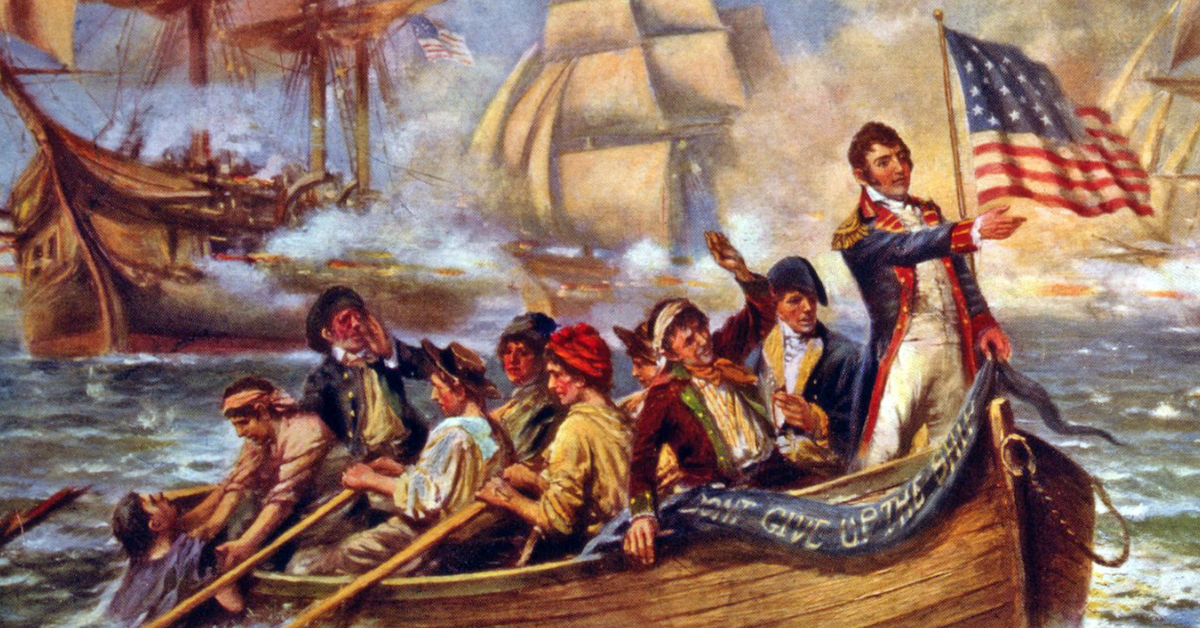 On Sep. 10, 1813, Oliver Hazard Perry became the first commander in history to defeat a British naval squadron – and he did it on Lake Erie during the War of 1812.

Captain Perry commanded a fleet of nine American ships on the Great Lakes. And the battle wasn’t just for Lake Erie, though the winner would control the entire lake – whichever side won would have control over what is today the American Northwest.

The two sides fought like mad men for hours on end and victory wasn’t assured for anyone.

Perry’s Flagship, the Lawrence, was completely wrecked during the fighting so Perry took command of the Niagara and sailed right into the British with raking fire that forced the British to strike their flags and surrender.

The battle killed 27 Americans and 40 British — but the Brits were forced out of Detroit and out of Lake Erie.

After the battle, Perry sent a message to General William Henry Harrison with his now-famous declaration of victory, “We have met the enemy and they are ours.”

Despite the eventual British dominance on the Great Lakes, control of the massive bodies of water swung back and forth throughout the war, and was probably the theater where the Americans saw much of their success. Delivering blows to the vaunted Royal Navy was great for U.S. morale and terrible for British morale. American Commodore Oliver Hazard Perry constructed a fleet of ships just to challenge British dominance on the lakes.