The Army is making it rain ‘Presents from Paratroopers’ in Fayetteville 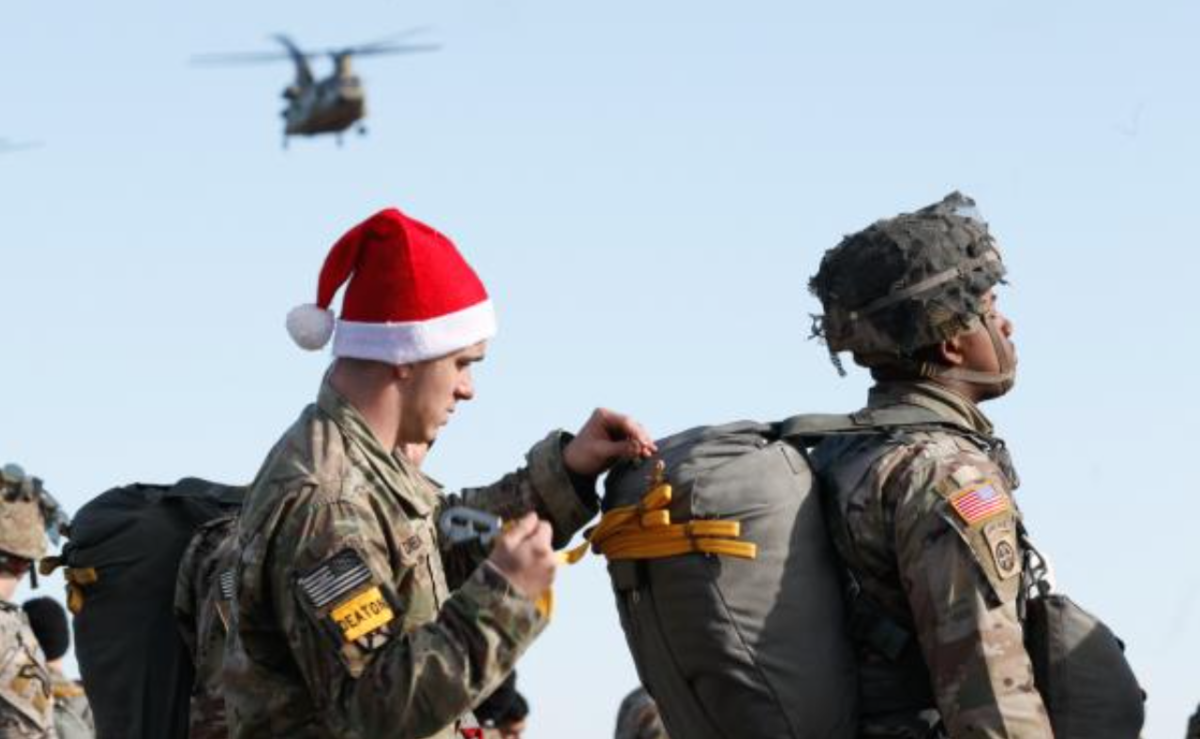 The 82nd Airborne Division is getting in the holiday spirit early this year with the annual ‘All American Presents from Paratroopers.’

“All American Presents from Paratroopers is an annual event the 82nd Airborne Division hosts in order to give back to the surrounding Fayetteville community with holiday gift donations while enhancing our Airborne capability and giving our paratroopers the opportunity to earn coveted foreign jump wings,” MSG Alex Burnett, PAO NCOIC of the 82nd Airborne, told We Are The Mighty.

The paratroopers who donated toys received a raffle ticket for a chance to earn foreign jump wings during the two-day airborne operation.

“Paratroopers from across Fort Bragg donated a present and were given a raffle ticket early Monday morning,” Burnett said. “Later in the day, the Division held a lottery and those with matching tickets were given a slot to jump on December 2nd and 3rd with a Chilean Jumpmaster.”

2020 marks the second year the division has hosted this event, which is open to any current paratrooper serving at Fort Bragg, North Carolina.

“In years past, U.S. Army Civil Affairs and Psychological Operations Command hosted an event called Operation Toy Drop which was a similar event, but their last event was in 2018,” Burnett shared. “In the spirit of that tradition, last year the 82nd decided to create All American Presents from Paratroopers.”

“I wanted to participate in Presents from Paratroopers, because it’s important to me that we give back to the local community and help those in need,” Staff Sgt. Alina Zamora, 82nd Airborne Division Paralegal said. “The fact that we can do that and earn a set of foreign jump wings makes the event even more special. I am glad I got to be a part of it.”

The 82nd Airborne Division is an airborne infantry division of the United States Army specializing in joint forcible entry operations and the primary fighting arm of the XVIII Airborne Corps. Since its initial members in 1917 came from all forty-eight states, the unit acquired the nickname “All American,” which is the basis for its famed “AA” shoulder patch.

“The All American Division is fortunate to be a part of the Fayetteville community and we are proud to be able to give back while providing our paratroopers the opportunity to jump and earn a set of foreign jump wings,” Burnett stated.