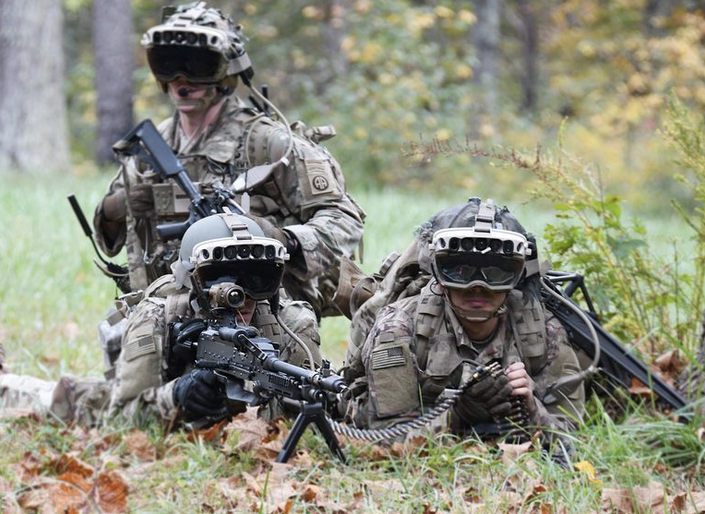 The brand new Integrated Augmented Vision System goggles are a game changer for infantry. The Army looks to purchase upwards of 40,000 for its soldiers at the end of 2021.

Made by Microsoft, the new goggles have been going through rigorous testing by soldiers over the past year. This is the Army’s way of providing a true heads-up display or HUD, something which wasn’t accomplished in previous technological goggle attempts. Currently, soldiers must stop what they are doing to consult with a handheld device or paper to get information. No longer, these new goggles will project the vital information in real time as they wear them.

It’s a technology Army leadership committed to as a part of their 2018 defense strategy.

Not only will IAVS provide vital HUD, but infantrymen will be able to see through the walls of their combat vehicles. It will also come with night vision, heat sensories, threat detection and aids for target acquisition.

In April of 2020, its developers also adjusted the design to take the wearer’s temperature and vital signs, something especially important as the world continues to battle COVID-19. By October of 2020, Army Special Forces, Rangers, and soldiers with 25th Infantry Division, 10th Mountain Division and 82nd Airborne Division and members of the Marine Corps had tested the device.

“This changes how we operate honestly,” said Sergeant Philip Bartel in an interview with the Army. “Now guys aren’t hanging out of vehicles in dangerous situations trying to get views on what’s going on. Leadership will be able to maneuver their elements and get view-on-target without having to leave the safety of their armored vehicles. Maneuvering elements with that kind of information will minimize casualties and will overall drastically change how we operate and increase our effectiveness on the battlefield.”

Forbes likened the new technology to video game Call of Duty, which has constant access to vital information as players navigate imagined combat situations. For soldiers on the ground living through the real call of duty, this advanced technology isn’t just a technological advancement. It’s life or death.

Major Kevin Smith has been heading up the research, development and integration of the technology. In an interview with the Army he stated “It’s futuristic technology that we’ve all talked about and seen in movies and video games, but it’s something that we never imagined we would have the chance to fight with. It’s definitely technology that we are really excited to use as soon as they can get it to us.”

Although IAVS is still in the prototype phase, the results are impressive. It’s reported that as many as 40,000 goggles will be ordered for soldiers once the technology is fully approved. Operational tests are scheduled to begin in July 2021 and if all goes as planned, the Army will be making a big purchase. Writing the check for these life-saving goggles will be well worth the cost.