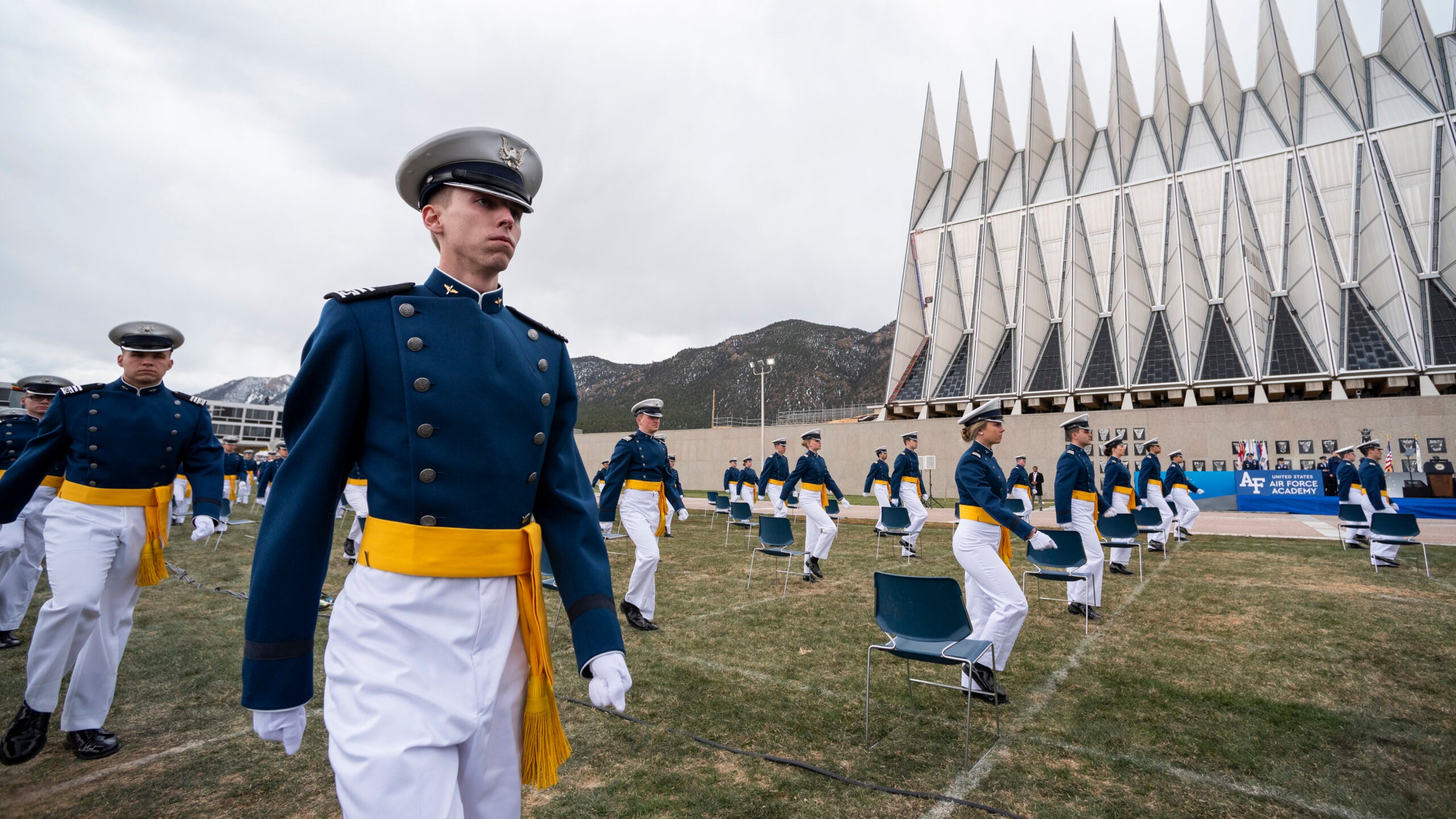 For much of its short life span, the Space Force has been using a clip of the 1901 John Philip Sousa march, “The Invincible Eagle” as its official anthem. As of Sept. 20, 2022, Sousa is out because the U.S. military’s newest branch of service now has an official song, called “Semper Supra.”

Semper Supra is Latin for “always above” and is the official Space Force motto. The song dropped at the Air Force Association’s Air, Space & Cyber Conference at National Harbor, Maryland. It was soon released to Twitter, where listeners were less than thrilled with the arrangement. Many thought it was a parody or a joke.

“The best songs always come from reading whitepapers and reviewing the capabilities, mission, and vision of the subject,” Twitter user Kris Johnson remarked, referring to the songwriter’s inspiration.

Another user, named “Morgan” simply said, “I am sorry bro. You have tried, but the song fails even before it takes off.”

Space Force officials are fully behind the song, its lyrics and the musical score, however.

“We wanted a song that spoke to our guardians, that brought to life our motto, ‘Semper Supra,’” Chief of Space Operations, Gen. Jay Raymond said in a behind-the-scenes video about the creation of the song.

Gen. Raymond was contacted by Senior Airman Jamie Teachenor, who was a platinum singer-songwriter from Nashville before joining the Air Force, and is now a member of the Air Force Band. His songs had been recorded by the likes of Luke Bryan, Trace Adkins, Montgomery Gentry, Collin Raye, Trisha Yearwood and more. He also released three albums of his own.

Guardians beyond the blue,

There’s no limit to our sky.

Standing guard both night and day,

We’re the Space Force from on high.”

“It was a long work in progress,” Teachenor said in the same video. “I wanted to make sure everything that was in the song would adequately represent all the capabilities that our Space Force is involved with.”

“Semper Supra” was then arranged by Sean Nelson, chief musician of the U.S. Coast Guard Band in Connecticut.

“I went for it and I did what I thought was going to be the most exciting kind of sounds,” Nelson said. “And it seemed to have worked.”

“I like that it’s a traditional marching band arrangement, like all the other military branch anthems,” wrote Martha Franklin.

Since it was established in 2019, the Space Force has slowly begun to gather elements of its culture that have long been present in other branches of the U.S. military. Its official flag was unveiled for the first time in May 2020. Later that year, it displayed its motto for the first time, along with an official logo. New uniform prototypes were released in September 2021.

Its song is just the latest in a long line of events to establish itself as a distinctive service, separate from the Air Force.