Veteran-owned business, Triple Nikel, pays homage to roots - We Are The Mighty 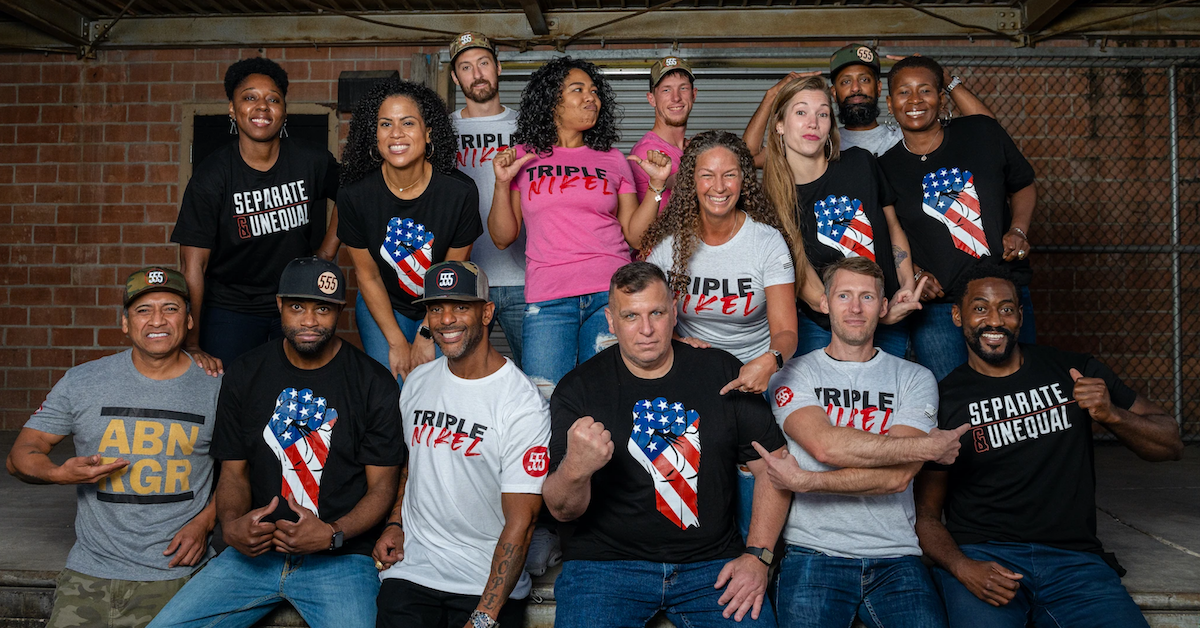 The military is known for its diversity among service members. But veteran-branded apparel doesn’t typically reflect that. Introducing Triple Nikel.

Ruben Ayala is a retired Green Beret and owner of San Antonio Healthy Vending in Texas. He had long felt veterans who looked like him weren’t really seen for their service. As he watched the violence and racial divisiveness overtaking the country in the wake of police-involved shootings against Black Americans and watched the outrage over athletes kneeling during the National Anthem, Ayala felt called to do something. He felt compelled to change the narrative of people of color and who they are.

After taking a road trip over the summer with a few Army buddies, Ayala and his friends started sketching ideas for a business. Ultimately, they wanted to create apparel that spoke to all veterans, not just a percentage of them that looked a certain way. The guys especially wanted to highlight the stories of minorities and celebrate the beauty of diversity. Triple Nikel was born. “That was the formulation of it, to send a positive message and tell a different story,” Ayala said.

Founded by Ayala, Curtez Riggs, Rod Graham and Christopher McPhee – all Army veterans – the business name has a special and historical significance. “The idea came to me from our forefathers. All of the founders in the company, we all started as paratroopers in the 82nd Airborne Division. The 555th Parachute Infantry Battalion was the only Airborne unit that people of color could serve in when the Army was segregated,” Ayala explained. A test unit during World War II, they went by the nickname ‘Triple Nickels.’ “It was only fitting to create a company that amplified stories of those who came before us.”

They received the blessing of the 555th Association with the only request being that they altered the spelling to avoid any legal issues.

Although Ayala knows people could just shrug and say they are just selling t-shirts, he shared that the company is much more than just apparel. “The first thing we want to do with the company is to start a conversation…what we’ve done in 90 days is that we’ve taken four proven leaders who are minorities and we’re taking our stories and amplifying them,” he explained. “We want to change the narrative of what veteran service looks like…You served, too. Anybody can put themselves in women’s shoes or my shoes and can relate to that statement.”

With so many veteran apparel companies creating clothing showcasing things like guns, women in minimal clothing or curse words, Triple Nikel knew they had an opportunity to do something unique. “We really really want to reach the youth that are wanting to serve. If I am a 17 year-old kid looking online for military apparel, I am going to quickly realize that those visuals don’t look like me,” Ayala said. “We want to be able to provide visuals that everyone can relate to. Women, people of color … it doesn’t matter what socioeconomic background you come from. We also want to prove that you don’t have to be the coolest guy in the world with the biggest muscles, biggest beard or the most tattoos to be a veteran.”

Not only does their clothing showcase a diverse side of being a veteran, their apparel also caters beyond one branch of service. “A lot of companies are really segregating certain services and I don’t know why. Everybody should be proud of their service; it doesn’t matter how you did it. We want to amplify that,” Ayala said.

Triple Nikel launched on Veterans Day, only 90 days after four Army veterans had sketched out their idea for the business. For them, it’s more than an apparel company. It’s a way of life. The founders hope that through their designs and apparel, they can change the narrative of what a veteran may look like and who they are. Their motto is ‘We served, too.’ It’s intentional and direct in order to spread the message that although veterans like them may not be seen as often, they matter.

To learn more about Triple Nikel and to check out their apparel, click here.