How 3 soldiers saved an abandoned newborn baby during WWII 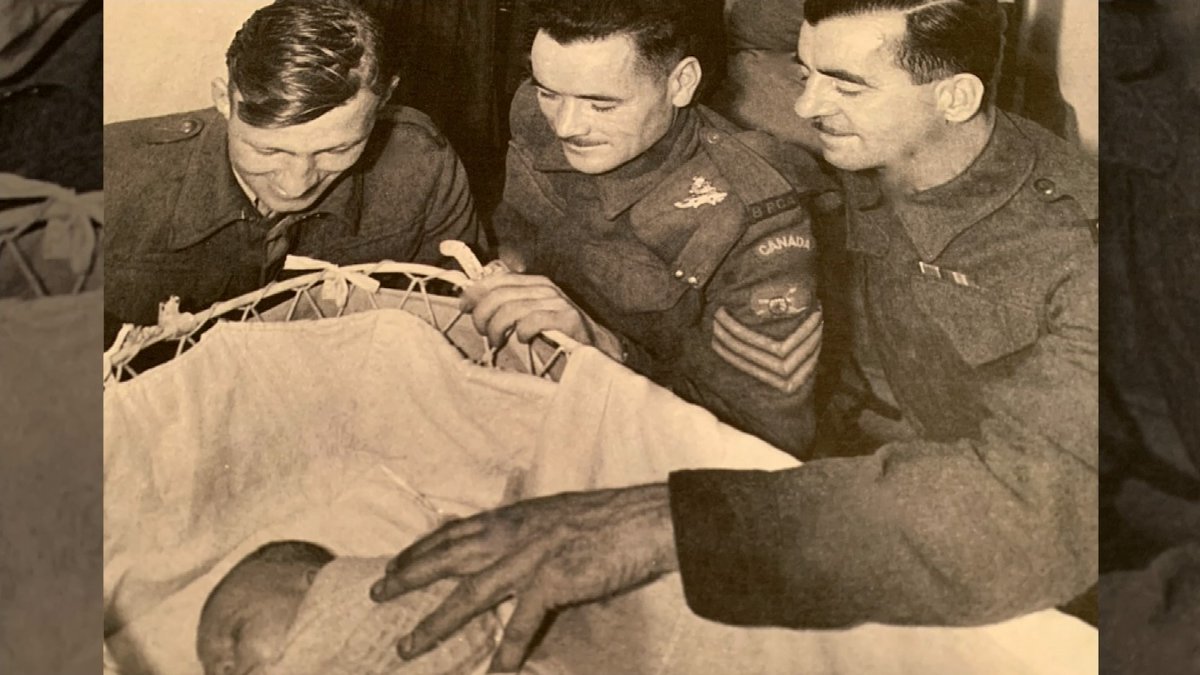 For her entire 80 years of life, Mary Crabb knew she was adopted. Her adoptive parents weren’t stingy with the information, and in their house, it was something to be celebrated. But Crabb chalked it up to a boring piece of fate that led her to grow up in Hertfordshire.

After her parents died, however, she and her family decided to research her past. It was then that they found Crabb’s story wasn’t one of a boring adoption, but one of heroics and a swift dose of luck.

Crabb was born in London on September 23, 1941. But it’s what happened next that makes her story unique: her birth mother left her hidden in a section of blackberry bushes. She was located in Horsell Common, a park in Surrey. Blue and barely alive, she cried squeaking cries.

Three Royal Canadian Artillery members were nearby. Between missions, the soldiers heard Cobb, mistaking her for a chicken. They investigated and surprisingly, found a baby hidden deep into a bush.

From there, the soldiers rescued Cobb, using a pocket knife to cut her umbilical cord and wrap in her in a shirt for warmth. Cobb was rushed to a nearby military vehicle, which they used to take her to the nearby Victoria Hospital.

Once treated she was adopted by a local couple and named Mary. However, the hero soldiers joked that they would adopt her themselves, giving her the name, Virginia Regina Brandon, after their respective hometowns, and with the title, “Daughter of the Regiment.”

This, of course, was all in good fun. The story was picked up by the Mirror, as well as the soldiers’ hometown papers. However, the event was largely forgotten about. If Mary’s adoptive parents, Hubert and Mabel Sheppard, knew her past, they never voiced it to her or others. The pair took her home in 1942 when she was five months old.

Others, including the soldiers’ families, had wanted to adopt Crabb, but ran into issues with international adoption.

It was Cobb’s nephew who found the missing link of her past. Identifying the image in a local library, he put the research together, eventually looking for the soldiers who saved his aunt during World War II.

Soldiers Sgt. Ernie Curtis and Gunner Bob Griffin were confirmed to be the listed hero soldiers. The third remains unconfirmed as Gunner Brackett. Curtis was an anti-aircraft gunner; his post was to shoot down German planes as they entered London airspace.

Cobb was even able to connect with Curtis’ son, Harry, who had the same image of his father. He and Cobb were able to visit via video call in 2019 when he told Cobb about his father, and his tales of that fateful day.

The two reportedly keep in touch.

As for Crabb’s birth mother, 29-year-old Lillian Williams, she was found and arrested for abandonment; Williams was sentenced to just two years of probation. She cited the reason for her abandonment, stating she worked as a farmer within the Women’s Land Army and kept her pregnancy a secret to maintain her job.

Today, Cobb remains in Surry and is a wife, mother, and grandmother.