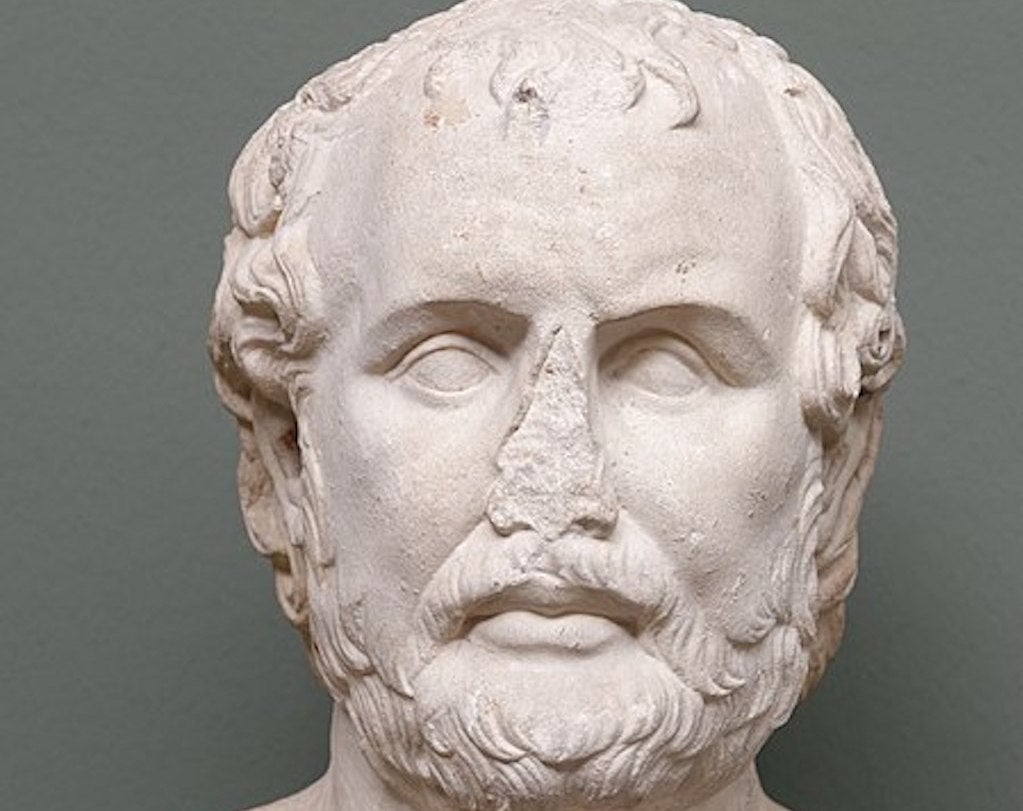 Philip of Macedon isn’t as well known as his son, Alexander the Great, although it could be argued that without Philip II, Alexander might not have conquered the known world. Philip reformed the Macedonian Army, developing siege engines and the vaunted phalanx.

With these changes in place, he was able to reasonably unify Greek city-states and create a force that, under Alexander, became the conqueror of his enemies. Philip was never able to see any of that, having been assassinated by a bodyguard.

On a less world-changing note, before Philip died, he also became the ultimate collector of dad jokes, creating a compendium of 265 jokes called “Philogelos,” many of which are similar to jokes told today, despite being created in the 4th century BC.

Philip II’s enduring legacy isn’t the creation of an army that would conquer the world with his son. It turns out that his true lasting legacy is in the realm of comedy.

In a 1969 Monty Python’s Flying Circus sketch, a man attempts to return a dead parrot to a pet shop owner who refuses to believe the bird is dead (it was even recreated on Saturday Night Live). The gag is similar to one told in the Philogelos, written 1,600 years before, in which a man tries to return a slave who has died.

“When he was with me, he never did any such thing!” the slave trader says.

The jokes in the Philogelos (translated as “The Laugh Addict”), were likely written by classical comedians Hierocles and Philagrius. While their names might be known, not much else about the comedy duo is in recorded history.

Hierocles and Philagrius’ humor touched on many similar themes as modern-day comedy, which includes fart jokes, sexual innuendo and gags about their ugly wives. One of the recurring themes is the use of an idiot character known as “a student dunce.”

Here are a few more of the time-tested classics from Philip II’s compiled Macedonian joke book, preserved for the ages in Philogelos: