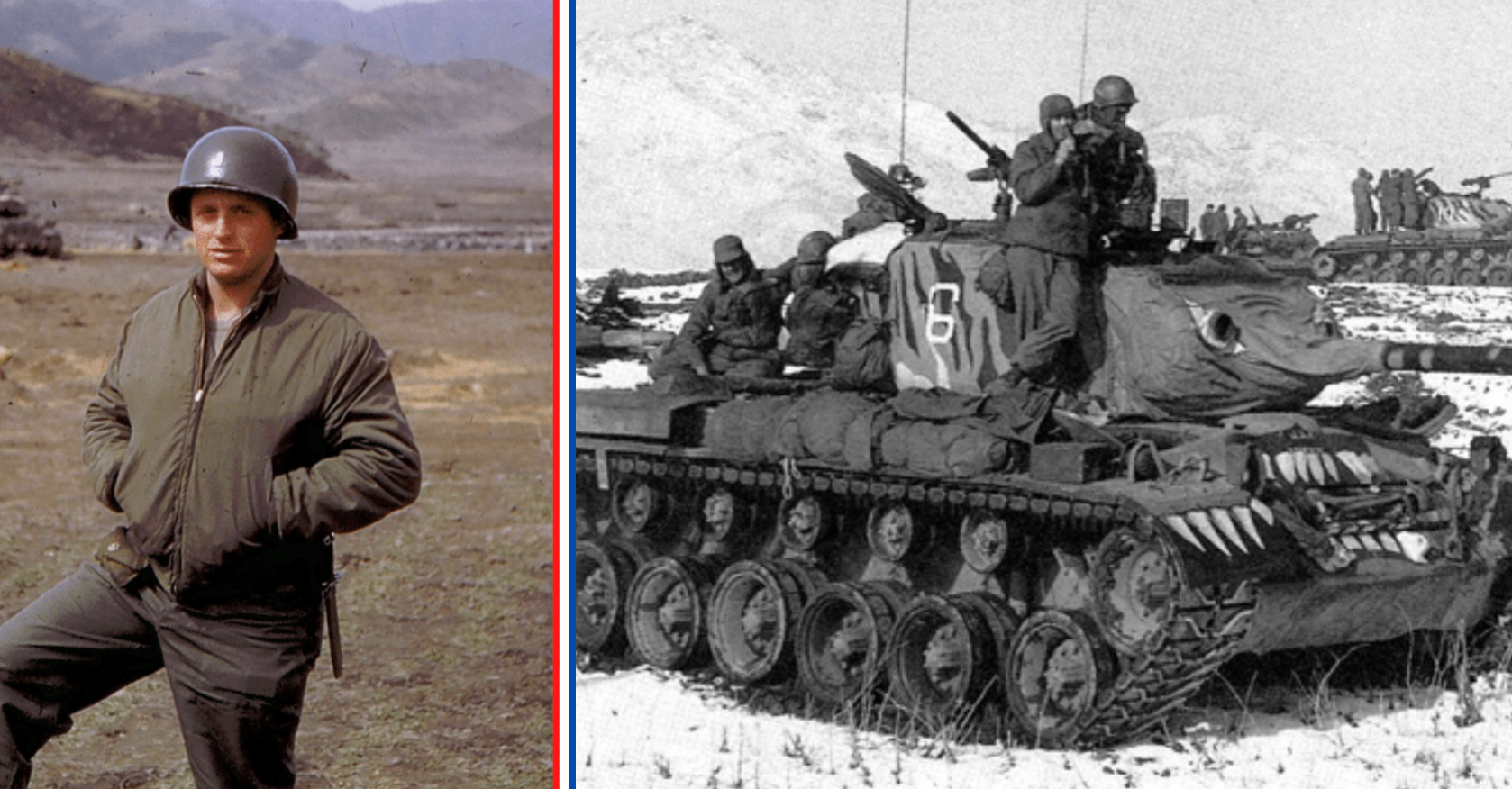 In April 1951, Lt. Dave Teich heard a call from about 65 U.S. Army soldiers from the 8th Ranger Company. They were completely cut off from the rest of the main force and some of them were wounded.

Meanwhile, some 300,000 Chinese soldiers were on their way to overrun their position. The Rangers were calling for help from Lt. Teich’s tank company. Teich asked his captain if he could go to their rescue. His response was a firm no. Teich went anyway.

One of the trapped Rangers, E.C. Rivera, told NBC News he’d risked his life in a slow low crawl to make his way to a ridge just so he could get line of sight to use his radio. When he peeked over the ridgeline, he saw four American tanks.

He called it “the most beautiful sight of my life” 60 years after the end of the Korean Conflict, which is a title the view still held when the veterans met up for their 60th reunion.

The tankers and the rangers were about five miles south of the 38th parallel, which divided the two Koreas then, as it does today. When the Rangers radioed that they were in “bad shape,” Lt. Teich asked his captain if they could move to assist. The answer was a surprise to Teich.

“We’ve got orders to move out. Screw them. Let them fight their own battles,” he said.

Teich disagreed with his captain’s assessment. He stayed behind with four tanks as the main force moved out, disobeying order from both the captain and higher command. Teich felt he had a moral obligation to help the wounded and cut-off Rangers as both an Army officer and a human being.

“I know I did the right thing in my heart because if I didn’t and those guys got wiped out,” Teich said, “I could never live that down.”

The Chinese were coming in what the Rangers then described as a “river of soldiers,” blocking the Rangers’ escape from the napalm-charred hill they were defending. The Chinese came in hot, firing a barrage of bullets at the beleaguered Americans. They all had to move as fast as they could, even if they were wounded to rendezvous with the waiting tanks.

After carrying their wounded and sick comrades over a mile’s distance, a total of 65 wounded Rangers were loaded onto Teich’s four tanks, who sped them all to safety as the rest of the Rangers who could move beat a hasty retreat in the face of the Chinese wave coming at them.

Ever since that day in Korea that gave Dave Teich the opportunity to fulfill his moral obligation to the wounded and stranded soldiers of the 8th Ranger Company, he’s received calls and letters from the men he helped pull from the jaws of death.

“Though we don’t always say it, Dave Teich saved our lives,” the leader of the Ranger company, then-Capt. James Herbert said. “If it wasn’t for him, we figure all of the survivors of the battle would have been killed or captured by Chinese. We look upon Dave as our savior.”

Herbert himself had a hole in his neck from the Chinese attack. He survived by plugging the hole with his finger until he could get to an aid station.

Teich doesn’t know many of the men who send him cards, calls, and letters every year, but he knows their names, at least.

“If somebody asks for help, you can’t deny them,” Teich said.