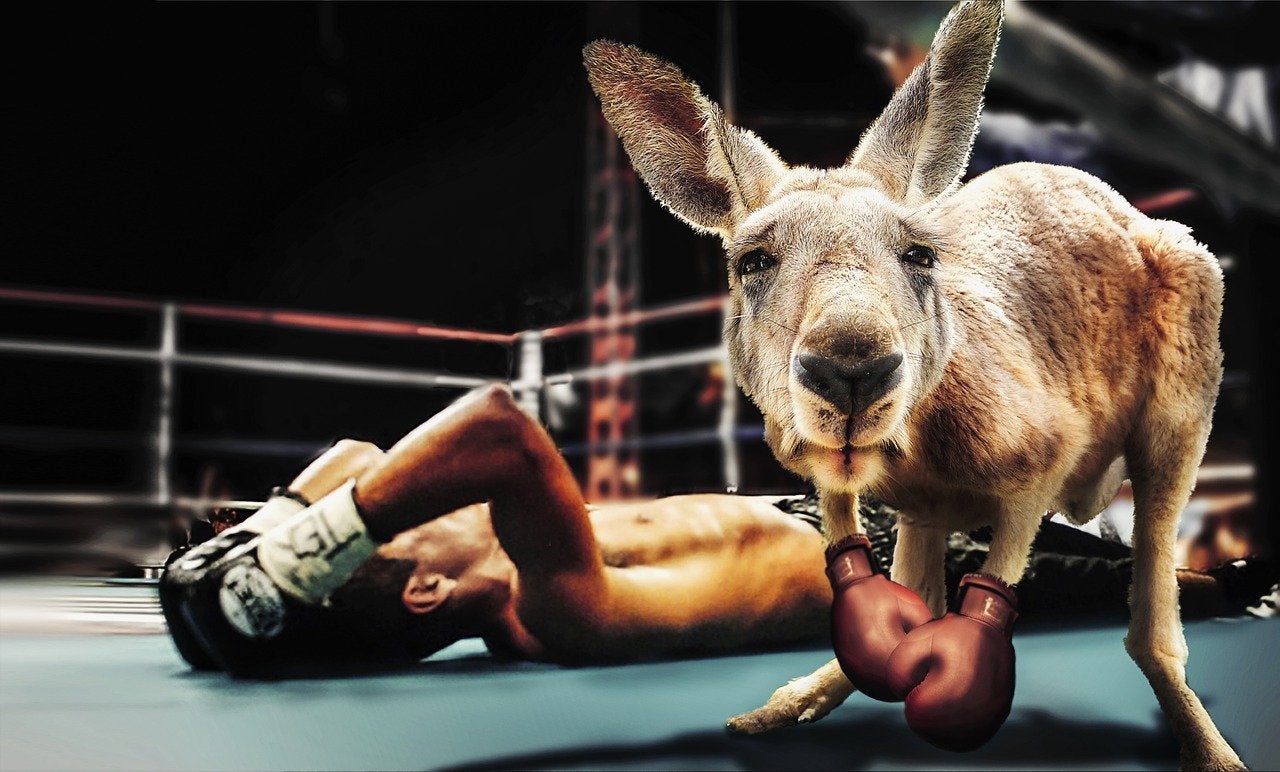 A strange story about the Aussies facing off against Stinger missile-wielding kangaroos started circulating around the internet in 1999. The most interesting development was that the story proved to be true. Mostly.

The original story was about the Defence Science and Technology Organization’s Land Operations/Simulations division in Australia developing the realism of their exercise scenarios. As the story tells it, the programmers were supposed to add mobs of kangaroos to the simulation, making sure to program how they might scatter from low-flying helicopters.

Supposedly, the Australian programmers reused object code from a simulated infantry unit on the marsupials. The new kangaroos scattered from the helicopter, as programmed. Then, they reappeared behind a hill, armed to the teeth with Stinger missiles. The programmers apparently forgot to deprogram their infantry training.

Snopes, the website dedicated to investigating internet rumors, picked up this story in 2007. They found that the internet actually had the basic story right.

Dr. Anne-Marie Grisogono, head of the Simulation Land Operations Division at the Australian DSTO, told Snopes that programmers knew what they were doing. Heavily armed kangaroos became part of the simulation, weapons and all.

The Aussies thought it was hilarious, and not at all embarrassing.

“Since we were not at that stage interested in weapons,” Dr. Grisogono told Snopes, “we had not set any weapon or projectile types, so what the kangaroos fired at us was, in fact, the default object for the simulation, which happened to be large multicolored beachballs.”