Military romance ... in memes - We Are The Mighty 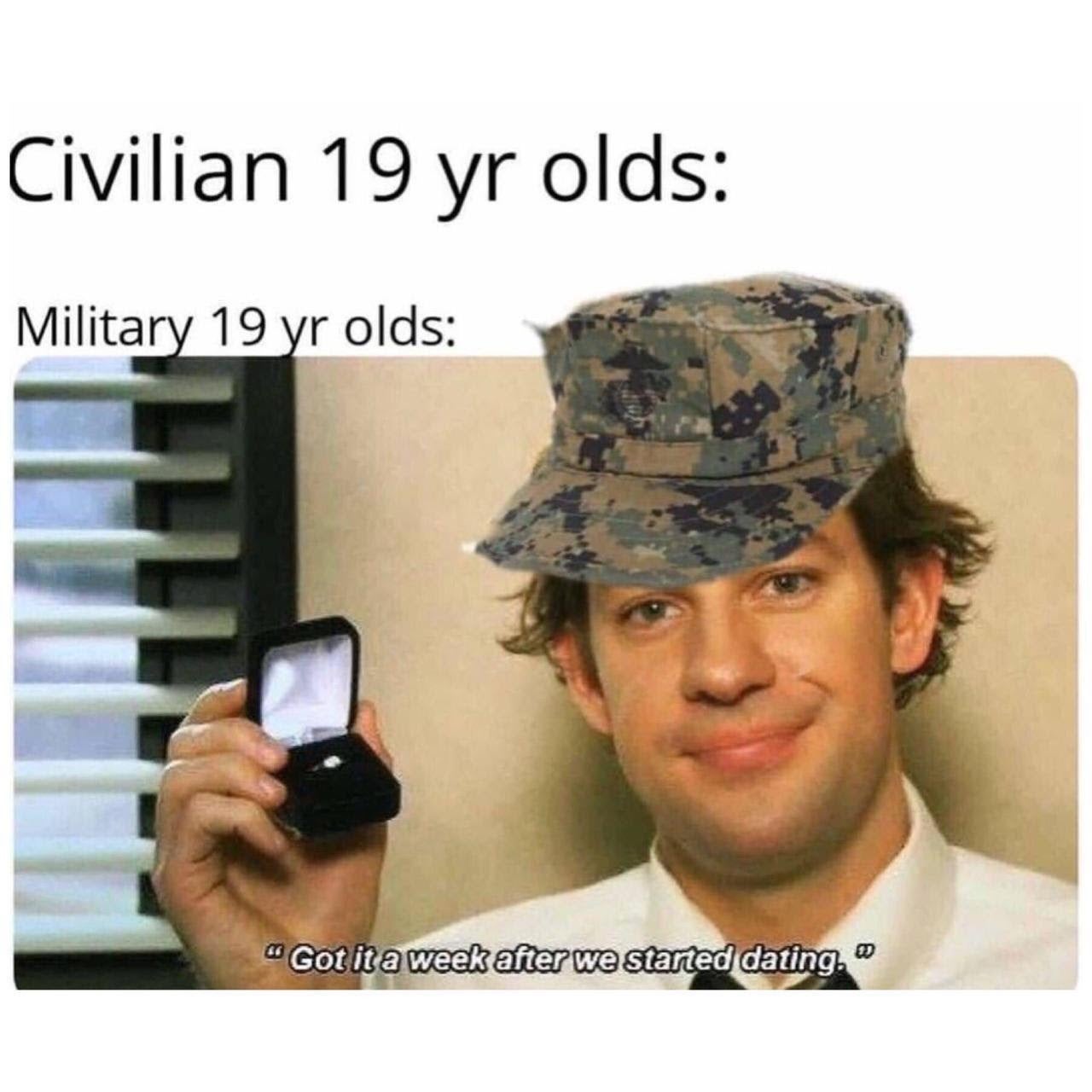 Marriage and the military certainly have their own set of stereotypes. This is true whether you’re the one in the service, or are the spouse to a service member, active duty, Reserves or National Guard. And in most cases, what life is really like and what’s believed by the general public varies greatly. (That’s not to say they aren’t based on some specific instances, but overall, no way.) However, that doesn’t mean it’s not a good time to poke fun at these beliefs. Especially when we can do so with memes.

Take a look at these images that shed light on some of the funniest aspects that are believed about military marriages.

It’s a little bit true … and a lotta bit funny.

3. Spouses don’t come out unscathed either

The benefit is real, though.

4. And this terrifying image

No one is safe with these jokes.

5. When those deployment orders come

Quick, get it on paper!

We’ve heard this one a lot.

8. When you’re serving your country and your personal life falls apart

9. Then there are the spouses who get involved

Look out, they mad.

11. But mostly, we’re all looking at the stereotypes like: