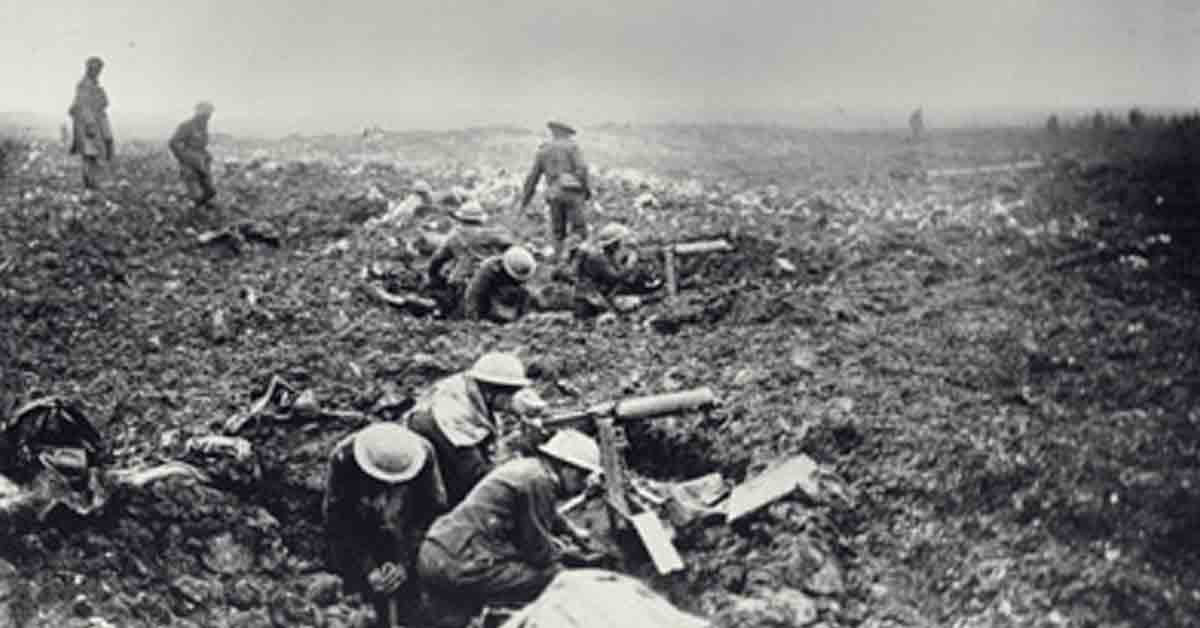 Here in the United States, we often like to joke about our kind-hearted affable neighbors to the north. Often we see them as gregarious and fun, never threatening. But those of us who read history books or have fought alongside our Canadian brothers and sisters know a different side of Canadian Forces.

That side is not to be trifled with.

When the United Kingdom declared war on Germany during World War I, Canada came along with it, whether it wanted to or not. That’s just how the Canadian government worked in tandem with the British Crown back then.

Britain was lucky to have the Canadians on its side and nowhere was that more apparent than at the Battle of Vimy Ridge.

In April 1917, three German divisions met 4 divisions of the Canadian Corps in the Pas-De-Calais region of northern France. The Canadians were trying to draw the Germans away from a larger French offensive further south down the front lines.

Their main target was Vimy Ridge, high ground that would protect other elements of Entente forces from taking heavy enfilading fire. The Germans would put up a stiff resistance but what they didn’t know was about to hurt them: this was the first time that all four divisions of the Canadian Expeditionary Force were fighting together with one objective.

The ridge itself was a heavily fortified, seven kilometer (4.3 miles for you American types) ridge that held what the Candians called a “commanding view” of the British and Canadian forces. To take it required weeks of specialized training, not just in attacking the high ground, but also in special roles required by individual troops.

Artillery pounded the German defenders for a full week before the battle was launched on Apr. 9, and 1,000 pieces of artillery would provide a moving blanket of fire to keep the Germans under cover.

Over three days, 15,000 Canadians overwhelmed the Germans in the face of trenchworks, dugouts, and machine gun nests. They rolled the Germans back further than they’d ever been since the start of the war in 1914. The Canadians captured more prisoners and more artillery guns than any allied offensive in the war up until that point.

One Canadian General at Vimy Ridge called the battle “a birth of a nation.”

Today, the site of the battle is memorialized forever, as France gave the land to the government of Canada. On that land stands a tall, white marble monument to the more than 3,500 Canadians who died there and the 7,000 who were wounded.

The surrounding lawn, well-manicured, still carries a taste of the terrible dangers posed by unexploded bombs and mines leftover from the war, even 100 years later.