Did the Chinese Army get screwed by shoddy Chinese military vehicles? - We Are The Mighty

Did the Chinese Army get screwed by shoddy Chinese military vehicles? 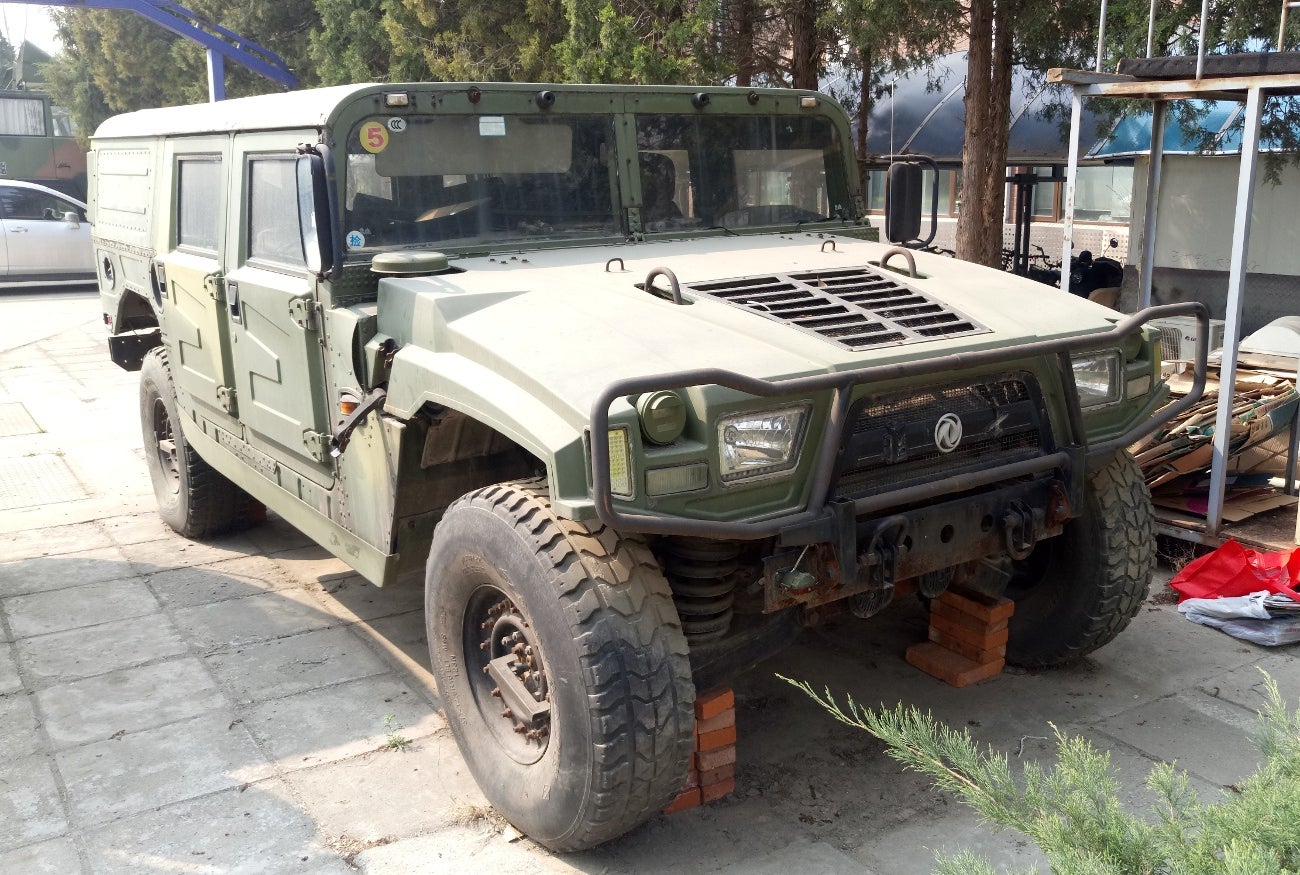 The video was released on the internet at the height of tensions between China and India in the Ladakh region in June 2020.

A Chinese internet user alleged the vehicles produced by Dongfeng, which are one of the Chinese People’s Liberation Army’s version of humvees, are practically useless for military purposes. Dongfeng is the PLA’s largest vehicle supplier.

In the Galwan Valley, the site of skirmishes between Chinese and Indian troops that led to the deaths of 63 soldiers between both armies, the rumors say the Dongfeng vehicles failed to protect the lives of Chinese soldiers.

To South Asia’s World Is One News, the representatives from the Chinese military say the reports are “rubbish” and that they forced the video leaker to apologize. According to a story on an official Chinese military website, the allegation all stem from a WeChat post from user Zhou Liying. He was arrested and reportedly confessed his whistleblowing “crime.”

Zhou’s handwritten letter of apology was published on the same website while India’s news media called the Dongfeng “fragile.”

The rumors of the vehicles’ low quality persisted on the Chinese internet, along with stories about corruption in the corporation and investigations into wrongdoing from the government in Beijing. Another rumor says a Dongfeng official was arrested for “violating Party discipline.”

A Hong Kong newspaper backed the claim, saying that low quality steel could have been used to build the vehicles. The owner of that newspaper was soon arrested under the new state security law implemented by the Chinese government. That law says “crimes of secession, subversion, terrorism and collusion with foreign forces” are punishable by a maximum sentence of life in prison.

WIO News’ Palki Sharma says the Dongfeng vehicle represents everything that is wrong with China and the Chinese government.

“First, this military vehicle is a copy of the Hummer,” the journalist says. “The second reason is Dongfeng has faced corruption charges before… in 2015 a Dongfeng executive was under investigation for what? For severe violation of discipline.”

Aside from the internet allegations and newspaper reports, there is no proof of the vehicles’ inferior quality. In the leaked video featuring the destruction of a Dongfeng vehicle, however, Indian soldiers are seen cracking the windshields using only a helmet.

The video reportedly caused widespread uproar in China. The Chinese government won’t acknowledge the authenticity of the video or if it was related to the border skirmishes, though India says it’s unrelated.

Dongfeng’s Chinese military vehicles are used by Chinese border troops in the Ladakh region and were used in the Jun. 15, 2020 clashes that saw Chinese and Indian troops fight each other with makeshift clubs.