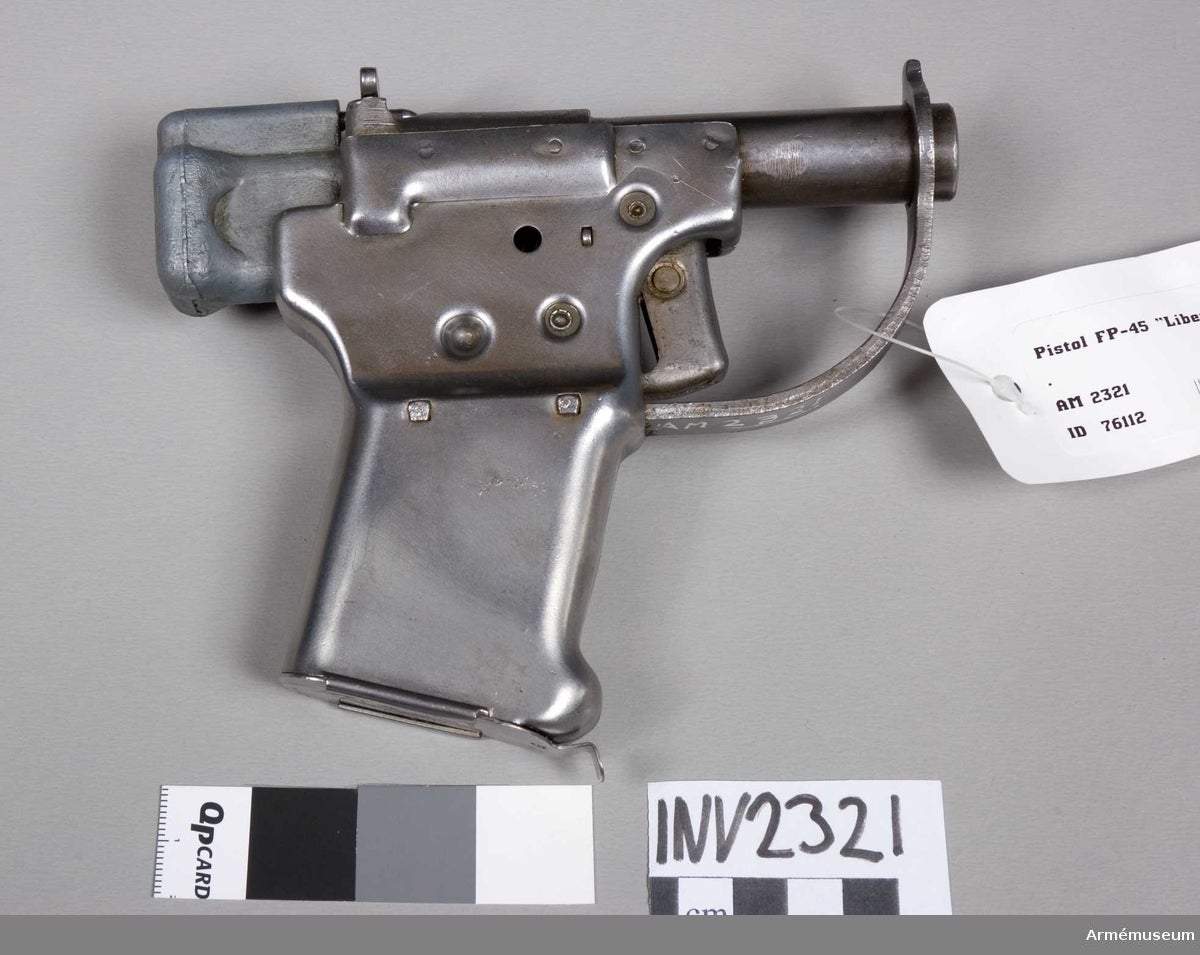 During World War II, the U.S. military forces planned a number of unusual ways to trip up the opponent. But perhaps no efforts were as strange as those put together by the Joint Psychological Warfare Committee, a group whose entire job was to come up with ways to get into the enemy’s head, confuse and scare them into wondering what was next ahead.

Sometimes it worked, others it was a wild goose chase in logistics. Others, there was a secondary purpose behind their efforts, like with the FP-45 pistols.

Resistance fighters were breaking out in Axis territories, and the U.S. was looking for ways to get them weapons. An effort that would no doubt have a psychological effect on Axis members, when rogue fighters began appearing with weapons out of the blue.

The idea was first presented by Polish efforts, mentioning there was a need for weapons on the ground, pitching the idea for a small, easily concealed gun.

After much research, the committee’s answer was a small, single-shot gun, the FP-45, a .45 caliber pistol. These guns were made cheaply – no frills or luxuries to them, they were simply cut and dry. They were manufactured in Ohio at the General Motors Corporation, then assembled in Indiana by a team of 300 employees. General gun terms were swapped for less conspicuous words, for instance, the firing pin was dubbed “control rod,” barrel was called a “tube,” the trigger was renamed “yoke.” This was done to delay the knowledge that they were mass-producing guns.

Large shipments of the Liberators were then flown into enemy territory and dropped to the ground. In total, more than 1 million FP-45s AKA “Liberators” were made. Some 100,000 of them were airlifted to Allied-occupied locations between June and August of 1942.

With only a single shot to be used at a time, the idea was for rebel forces to assassinate an enemy soldier and then commandeer their weapon(s).

However, there’s not much data on them being used. In fact, resistance fighters are said to prefer more powerful guns, including the “Sten,” a British submachine gun. Intelligence officers reported that the weapons were impractical, with only a single shot. And forces preferred a higher-quality gun, as the Liberators were known for being extremely basic – they were small, crude, and possibly uncomfortable to fire.

After the war, Liberators overseas were destroyed by Allied forces. The remaining guns in the U.S. were discarded, as the military did not intend to use them in the future.

Today, the Liberators remain a collector’s item of gun and military history enthusiasts alike. Working models can sell for as much as $2,000.