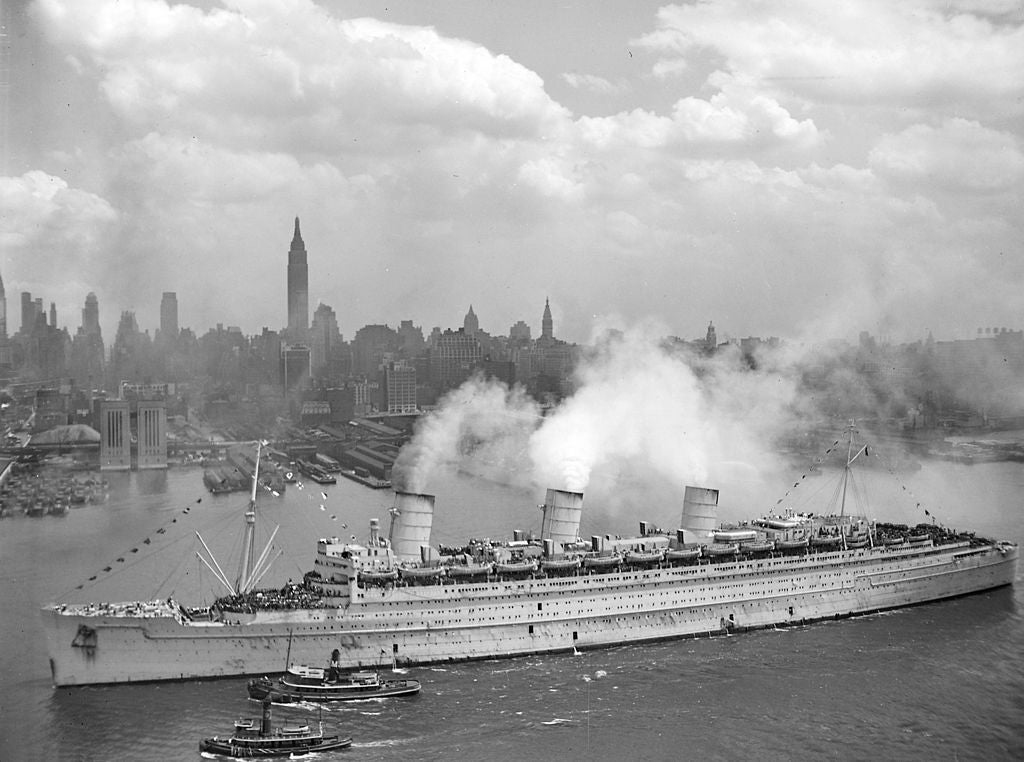 It was naval deception at its finest, using converted ocean liners. In 1914, just after the outbreak of WWI, the German navy cruiser Cap Trafalgar hid its figure and flew under a false flag, pretending to be the British armed merchant HMS Carmania. The goal was to lay in wait for other British ships, lure them in close, then fly the German flag and wreak havoc.

It worked, she was soon face-to-face with… the actual HMS Carmania.

Admittedly, it would have been a great tactic if they pulled it off.

Cap Trafalgar and Carmania were both converted ocean liners with orders to raid enemy shipping. Carmania’s skipper knew the Cap Trafalgar was operating in the area, though he may not have known the German ship was disguised as his own. What can be certain is that once he encountered the fake Carmania, a ferocious naval battle ensued.

Ships’ guns in The Great War had a lot more range than in previous conflicts, especially those in the age of sail. These converted liners could have fought from a distance, and in fact the battle began with the two ships four miles apart. These two ocean liners were vicious.

But as each tried to gain the advantage on the other, they ended up much closer than they had to. Cap Trafalgar realized it fared much better at closer ranges as Carmania took more and more damage.

The German captain moved to close the gap.

Blasting into each other’s hull from distances more akin to cannon from the age of sail, Carmania and Cap Trafalgar went to work. Carmania took 79 shots, causing 304 holes, nine dead, and 26 wounded. Cap Trafalgar fared much worse, even though she took fewer hits. Hit by 73 shots and having 380 holes, the ship began to list to the starboard (right) and sank ten minutes after the captain gave the order to abandon ship.

The German cruiser lost 16 sailors, including her captain, and more than 270 were captured by the Royal Navy for the duration of the war.

Carmania lost use of her guns and, with her bow in flames, had to be escorted into a nearby Brazilian island by the HMS Cornawl.