How tanks used to be assigned a gender at birth 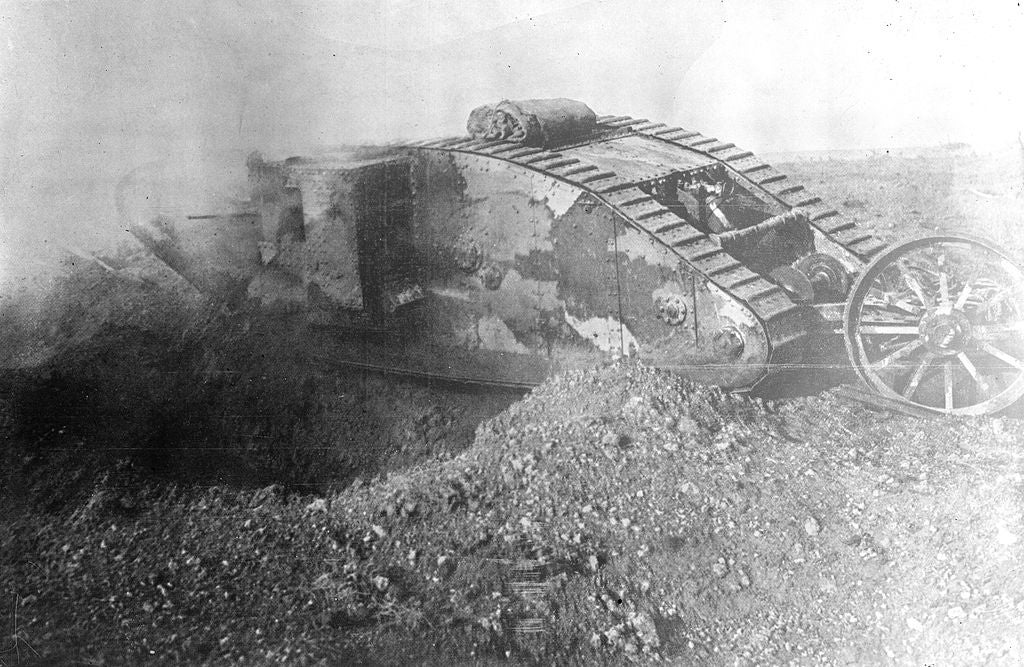 British "tank" in action during WWI.

Tanks were first developed during World War I so armies could advance across no man’s land without getting tripped up by barbed wire and getting machine gunned into oblivion. It was a stunning new development for the war, one that could make assaulting enemy trenches and beyond a lot more survivable.

The co-creator, British Lieutenant-Colonel Ernest Swinton, believed that a tank with a large cannon and machine guns wasn’t enough for that purpose, even when supported by infantry on the battlefield. He believed a second kind should be created, one that could work in tandem with the British Heavy Tank.

He began referring to them as two different types. He called the first a male and its support a female. Coupling them together meant a lot of trouble for the Germans on the Western Front.

Swinton wasn’t just an Army officer. He attended the Royal Military Academy, and was an engineer who served in India and in the Boer War before World War I began in Europe. He was also a war correspondent who literally wrote the book on minor infantry tactics. Swinton conceived the idea of what would become the tank after a friend told him about the American-made Holt Caterpillar Tractor.

The Caterpillar was a track-driven, small but powerful machine that was used to build infrastructure programs in the United States. During World War I, the British, French and later, American Armed Forces would use them to haul artillery to and around the battlefields. When Swinton was posted to the War Office, he began to garner support for the creation of the tank. He created a prototype, one he nicknamed “Mother.”

Not only did he conceive the idea for the new weapon, which was created by 1915, he also wrote the first set of instructions for armored warfare in 1916. Part of that new manual of tactics for armored combat included the idea that a tank with two six-pounder naval guns would be the main type, but feared it would be unable to defend itself in close combat with the enemy, despite its three .303-inch Vickers machine guns. Initially, he called the main tank a “Machine Gun Destroyer.”

In his mind, he believed that the Destroyer should be supported by a second type, one that carried four .303 Vickers machine guns and one Hotchkiss .303 machine gun. These tanks would be “Man-Killing” tanks. Though the Destroyers were already in production at the time, he created a prototype man-killer tank.

The Destroyer and the Man-Killer, working together, he reasoned, should be able to defend themselves and one another while driving across No Man’s Land or through and across enemy trenches. By April 1916, half of the British Army’s 150 tanks were refitted to become Man-Killer tanks. He began referring to them as “male” (for the Destroyers) and “female” (for the Man-Killers). Strangely enough, the designation of Destroyer tanks as “Male” meant his “Mother” was now considered a male.

Both types of tank entered service in 1916 and fought in the first-ever tank action, the Battle of Flers-Courcelette, as part of the Somme Offensive. The tank idea worked, and the British began mass producing hundreds of tanks. By the year 1918, the two types of tanks became unwieldy to build and the British Army determined that a “hermaphrodite” tank, a single combat vehicle be created and produced.

Although the terms “male” and “female” fell into disuse and haven’t been heard ever since, Swinton was right about the tactic. Tanks that had only their turret to defend themselves were indeed susceptible to an infantry assault.