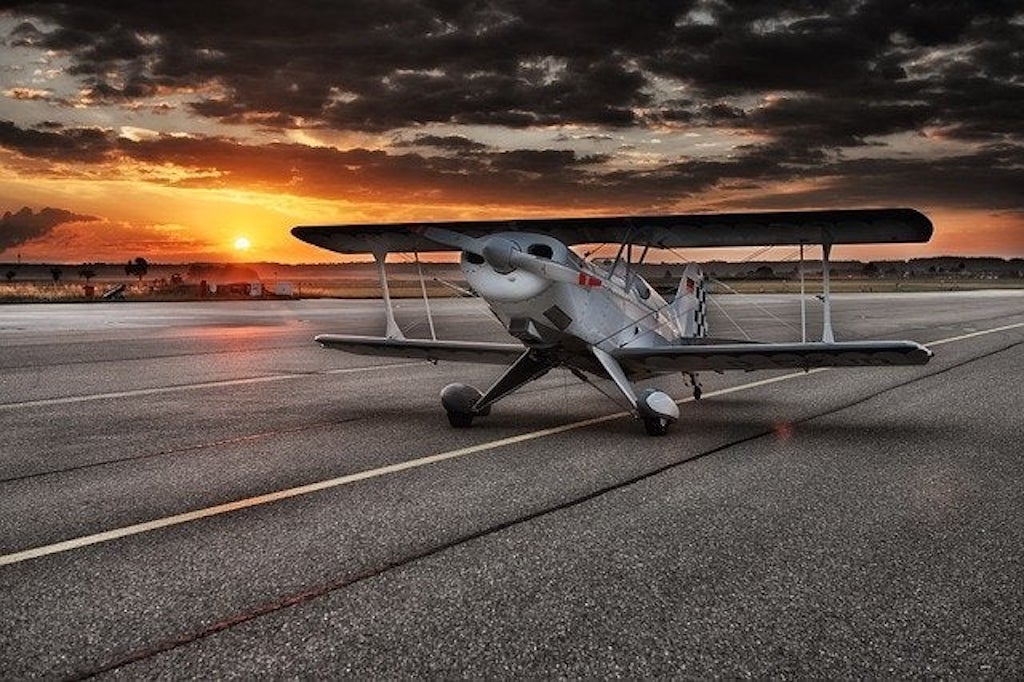 Taking the island would prove more difficult than expected for Mussolini. His grand plan involved landing 40,000 troops on the island and built a flotilla of boats for the occasion. But first, he had to weaken its defenses. For that, he decided to use air power.

Italian air power would not be enough to bring the population of Malta and its British defenders to their knees. In fact, it would prove their undoing.

The island’s British defenders had a number of Gloster Sea Gladiator biplanes from the 1930s still in crates in a warehouse. They quickly assembled the old planes, armed them with their Vickers guns, and were able to have them airborne in time to meet the returning Italians.

The Royal Air Force pilots were going up against Italy’s most advanced aircraft. By the time the Gloster Sea Gladiator finished its production run, the aircraft was already obsolete. In contrast,  the Savoia-Marchetti SM.79 Sparviero bomber was the feather in Italy’s military cap, one of the fastest medium bombers in the world at the time. The same could be said for the Macchi C.200 Saetta fighter.

Another problem for the RAF was the lack of skilled fighter pilots. The men who would be taking the old biplanes up against Fascist Italy’s best planes weren’t fighter pilots at all. They were a bunch of pilot used to flying cargo planes and flying boats.

Still the RAF did what it was known to do, and that is to make mincemeat of the opposition, even when the technological or numerical odds are stacked against them. In their first aeronautical meeting, the RAF pilots shot down several of the Regia Aeornautica’s faster, more powerful planes, losing only one Gloster Sea Gladiator.

The Maltese defenders would send only three biplanes up against the Italian attackers at a time, to keep from losing their entire defense force. Despite these colossal efforts, the Italians were still able to bring the pain to Malta, but the Maltese never lost their resolve.

Eventually, the British were able to get more substantial resistance to the Italian attacks. The RAF was able to fly more advanced Hawker Hurricanes to the island’s defense, along with ships from the Royal Navy to provide anti-aircraft guns. By the end of 1940, the British had given the Italian Air Force a big black eye. Mussolini’s invasion of the island would have to wait. In the meantime, Allied control of Malta threatened Axis operations in North Africa. When the Germans moved to back up the Italian Army in North Africa, the Nazi Luftwaffe got involved in attacking Malta.

The island became a focal point of the struggle for control of the Mediterranean. British merchant shipping and the Royal Navy tried desperately to deliver supplies and reinforcements to Malta, and lost tons of shipping in repeated attempts, but the Axis still controlled the skies.

German attacks were devastating compared to the Italian air campaign. The Luftwaffe leveled much of the capital city of Valetta but the resolve of the Maltese people would never waver. British Prime Minister Winston Churchill would award them the George Cross, the United Kingdom’s highest civilian honor, for their effort.

Eventually, it was a combination of Italy’s poor performance in Greece and  Hitler’s timing and military decision-making that would save the island from invasion. The Nazis were forced to come to Italy’s aid in Greece and Yugoslavia in April 1941. In June 1941, Hitler launched Operation Barbarossa, the invasion of the Soviet Union.

The troops needed to invade Malta were suddenly needed elsewhere.