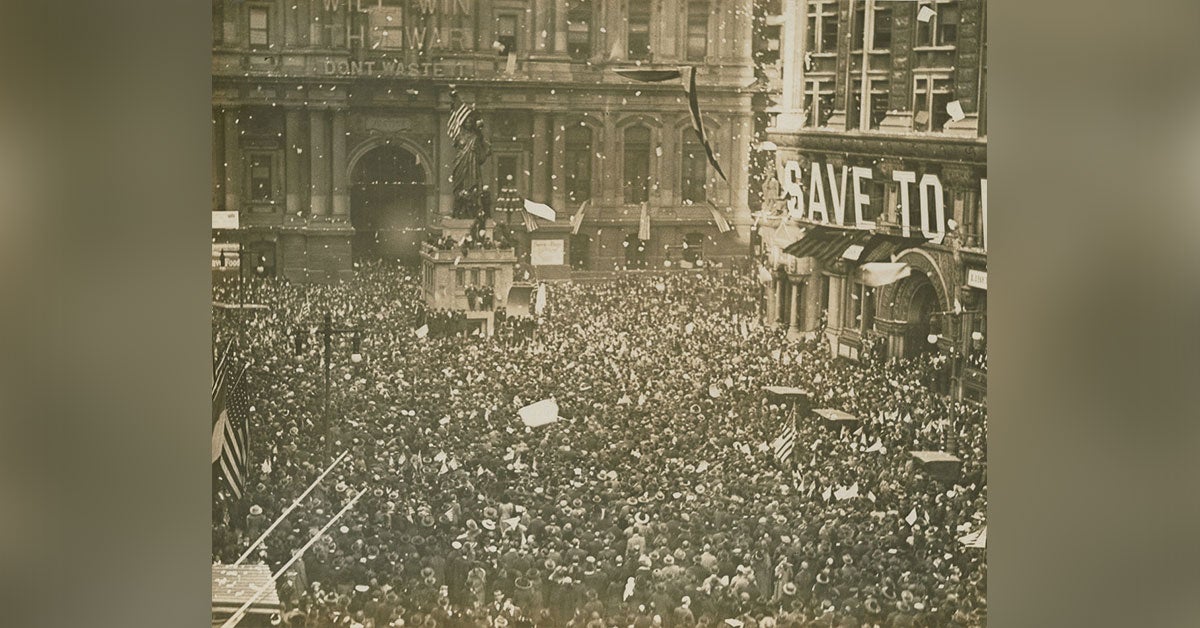 Known only as the Great War at the time, what could have been “the war to end all wars” began four years earlier on June 28, 1914, when Archduke Franz Ferdinand was assassinated, sparking a domino effect that pulled more than 26 countries into a conflict that resulted in over 41 million military and civilian casualties.

By 1917, the United States joined the fight, tipping the scales against the German-led Central Powers. On November 11th, an armistice with Germany was signed at Compiègne and a ceasefire began.

The Treaty of Versailles was signed in June 1919, formally ending the war, but the aftermath would cause a period of disillusionment in Germany that paved the way to an even more destructive war in the years to come.

November 11 would become known as Armistice Day and, eventually, Veterans Day, when all service members are honored.

The first public celebration of Armistice Day came in November, 1920. Much like how we celebrate Veterans Day today, the occasion was marked by speeches, parades, and exchange of drinks and stories between veterans of the war. The exception came when that 11th hour rolled around. For a moment, there was a pause in all activities across the country.

In that moment, mere years ago, millions of armed men stopped butchering each other over control of several yards of No Man’s Land.

In 1926, Congress made Armistice Day official, resolving that the “recurring anniversary of November 11, 1918, should be commemorated with thanksgiving and prayer and exercises designed to perpetuate peace between nations.” In 1938, Armistice Day became a Federal Holiday.

In 1954, veterans lobbied Congress to change Armistice Day to Veterans Day, in order to honor veterans of every war. Congress agreed and President Eisenhower signed on to it, too. Though there was a brief stint from 1968 to 1975 where Veterans Day moved from Nov. 11 to the fourth Monday in October, it was rightfully changed back to the historic date it is today.