Why American submarines feared this Russian destroyer - We Are The Mighty 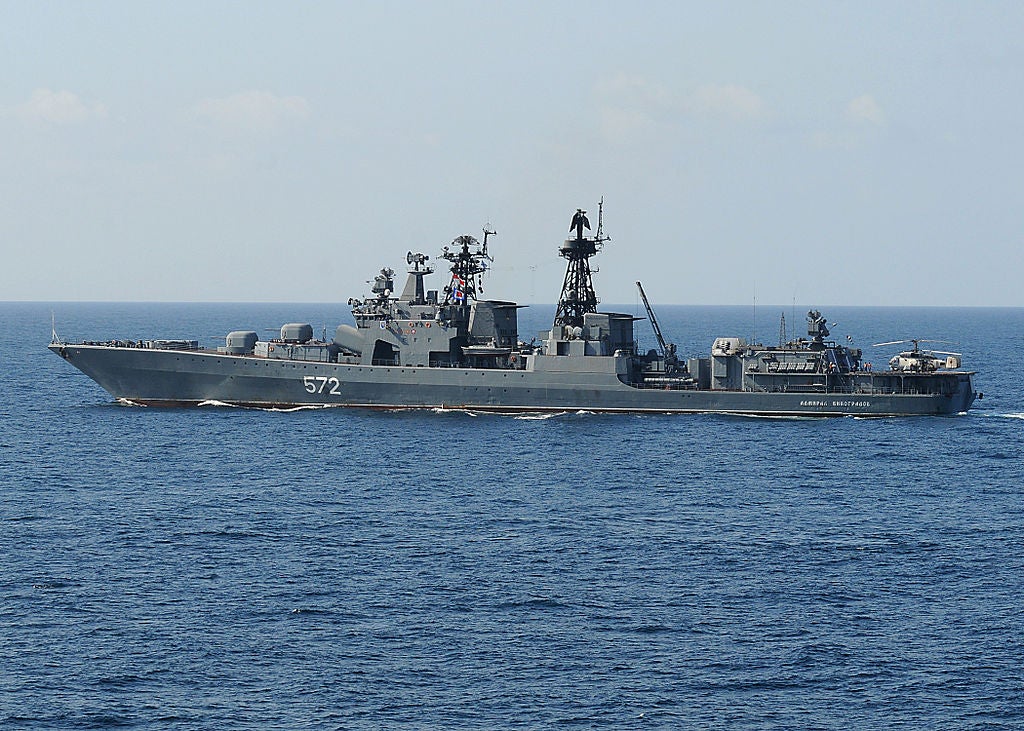 Russian ships are often the butt of a joke. The aircraft carrier Admiral Flota Sovetskogo Soyuza Kuznetsov, for instance, has had a long history of problems. That said, during the Cold War, we didn’t know what we know now about these Soviet designs. Mysterious submarines lurked beneath the water and, to many Americans, these ships were quite scary.

One such vessel was the Soviet Navy-designed counter to American and British nuclear-powered submarines, the Udaloy-class destroyer. The need for this ship was evident – the Soviets had to protect Kiev-class carriers and Kirov-class battlecruisers from subs, which have sunk capital ships in the past. Don’t take my word for it; take a look at what happened to the JDS Kongo or the IJN Shinano.

To avoid such disasters, the Soviets designed a ship that could find and kill NATO subs. The Udaloy-class destroyer was born. This vessel had some capabilities that could give an American sub commander nightmares. It weighed in at 6,700 tons, had a top speed of 29 knots, and it carried two Kamov Ka-27 “Helix” anti-submarine helicopters, according to GlobalSecurity.org.

The most noticeable feature on this vessel are the two quad launchers, fit for the SS-N-14 Silex missile. This weapon has a range of just over 34 miles, which was very crucial, as it out-ranged the torpedoes on NATO subs. These vessels could screen a Kirov or Kiev, thus ensuring that a prowling American sub couldn’t get close enough to hit the high-value hull. Udaloy-class destroyers were also equipped with two 100mm guns, eight eight-round launchers loaded with SA-N-9 “Gauntlet” missiles, a point-defense surface-to-air missile, and two CADS-N-1 close-in defense systems with 30mm cannon and eight SA-N-11 “Grison” missiles.

The Soviets built 12 of these ships, plus a modified version, the Admiral Chebanenko, outfitted with different weaponry. Only eight Udaloys are in service today, but they still give Russia a capable anti-submarine platform.