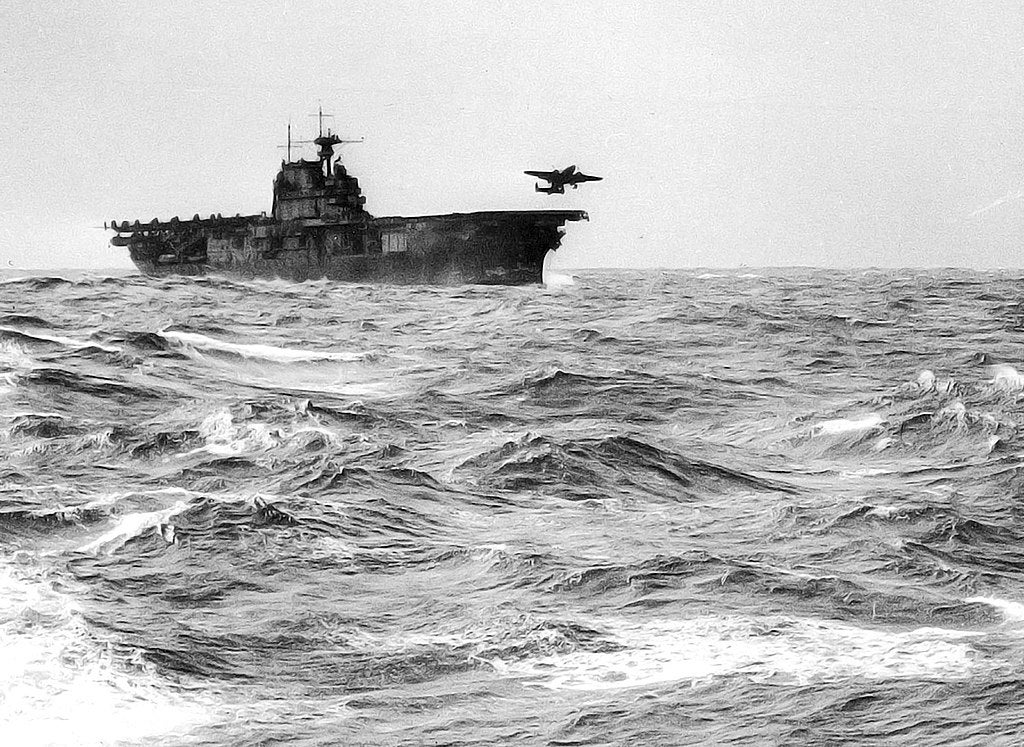 It takes some real intestinal fortitude to plan, fight and lead during wartime, no matter what level of a military you’re working in. There are times when things just don’t go as planned, because after all, the first casualty of war is the plan.

When things get rocky and the situation calls for dramatic action, it takes some real chutzpah to be able to make the hard decision of making an all-out ballsy, but unexpected move on the battlefield. Some of them are successful, others are not, but when they do work, the victory can echo through the ages.

These are some of those victories.

In the late 1840s, the U.S. Army wasn’t the mighty Army of One we know today. In January 1845, the United States had little more than 3,000 troops along the border with Mexico. But its greatest weapon was its unity and prosperity. Mexico, on the other hand, was divided and weak following a civil war. Still, the Army and Navy were both very small.

So when war did break out, Gen. Winfield Scott decided on invading Mexico through Veracruz, he was going in outnumbered and among a hostile population with stretched and unsure supply lines. Still, despite all of the odds and having to fight more battles than expected, Scott was able to capture Vercruz and march on Mexico City, forcing Mexican Gen. Antonia Lopez de Santa Anna’s surrender.

Then-Maj. Gen. Ulysses S. Grant wanted to gain control of the Mississippi River by implementing an audacious plan that required his army to live off of the land and captured enemy supplies until it could split the Confederate Army in two and occupy the high ground overlooking Vicksburg.

Any loss in combat, shortage of food or ammunition or halt in movement for any reason would have spelled disaster for the campaign. Union troops were able to land unopposed by gunboats in the river, capture the capital of Mississippi, cut the Confederacy in two and lay siege to Vicksburg in less than three months’ time.

After the surprise attack at Pearl Harbor left Americans in shock and reeling at their losses, the U.S. Army and Navy wanted to remind Japan that they were getting the war they wanted and that there was no safe place on Earth from American retaliation. To do this, Lt. Col. James Doolittle planned and led the most audacious air raid ever conceived – possibly to this day.

At the time, carrier operations in the middle of the ocean were still relatively new, so the idea of launching fully-loaded B-25B Mitchell bombers from the decks of one were practically unthinkable. But Doolittle figured it out and launched a raid that hit Tokyo, Honshu and other important cities. The raid killed only around 50 people and had a negligible effect on the Japanese war effort, but it boosted morale at home and reminded the Japanese they had woken up a sleeping tiger.

On June 6, 1944, the invasion of Normandy was still the largest, most complex amphibious landing ever performed by any army anywhere in history. It had so many moving parts, even Gen. Dwight D. Eisenhower, Supreme Allied Commander, didn’t know if it would work. The Allies would either push inland into Hitler’s Fortress Europe or be pushed back into the sea.

We know today, of course, the plan worked. British, American and Canadian-led landings at five different Normandy beaches established a toehold in Europe that was tenuous at first but soon formed a unified front that liberated all of Nazi-occupied Europe.

American and South Korean troops were fighting for their lives in the toe of the Korean Peninsula in 1950. The surprise North Korean invasion had pushed a demobilizing U.S. Army away from the border at the 38th parallel to a small chunk of land around the port city of Pusan (today Busan). As they made their stand in what is today called the Pusan Perimeter, Gen. Douglas MacArthur landed a rope-a-dope punch that changed everything.

In just four days, UN forces under MacArthur landed 40,000 troops in Inchon, far behind the North Korean front line. The communists were caught so off-guard that a breakout from Pusan completely knocked them on their heels and they retreated in disorderly haste. The North Koreans fell apart so fast that UN troops were able to follow them all the way to Pyongyang, capturing the North Korean capital and pushing the communists to the North’s border with China.