After 77 years, the Army returned a birthday cake they stole during WWII - We Are The Mighty

After 77 years, the Army returned a birthday cake they stole during WWII 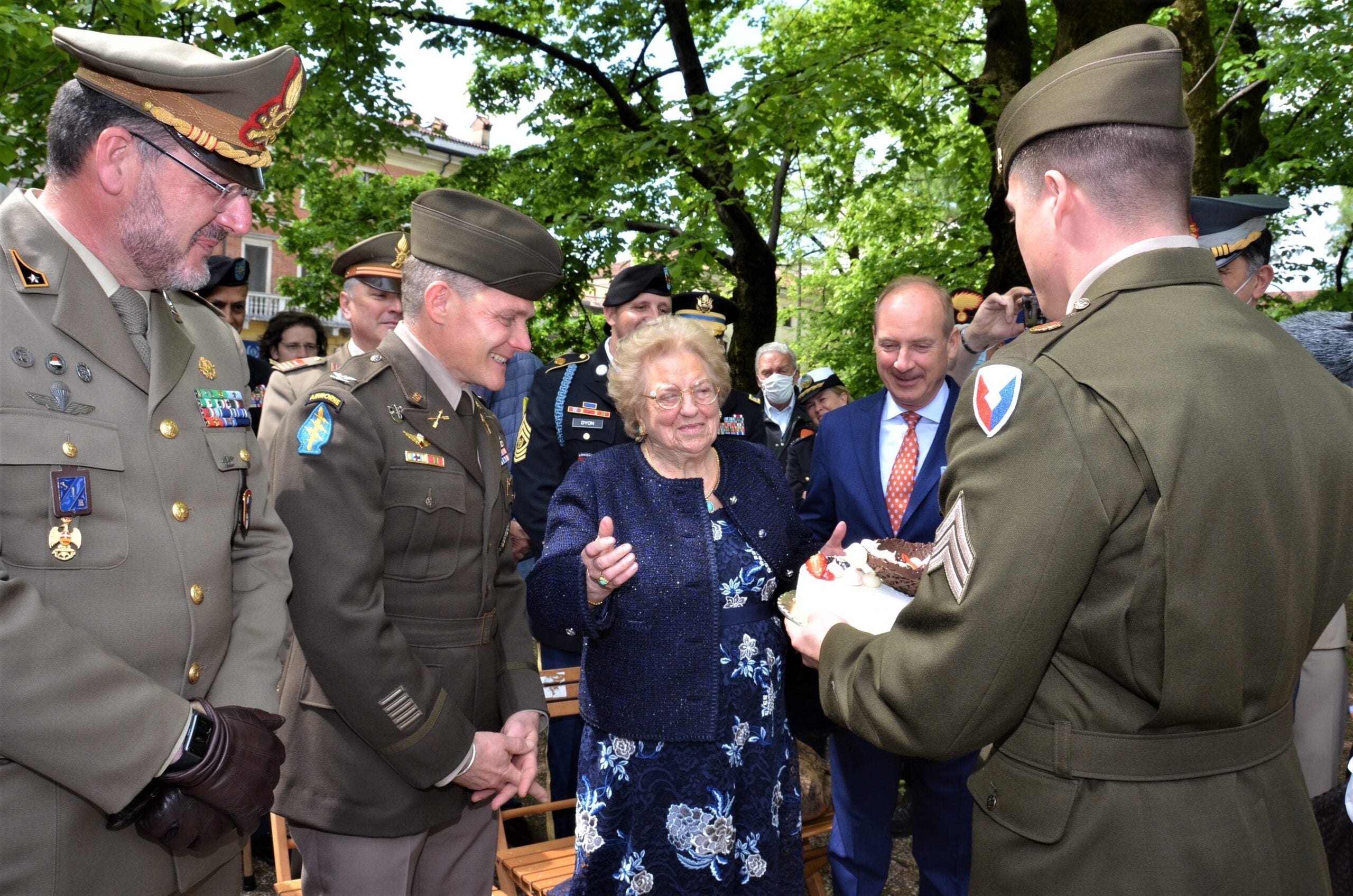 On April 28, 1945, U.S. forces fought their way into Vicenza, Italy. The 88th and 91st Infantry Divisions engaged German defenders during their advance to the city, losing several tanks and at least 19 soldiers wounded or killed. Nearby, in the village of San Pietro in Gù, 12-year-old Meri Mion hid with her mother in the attic of their farm. They sought shelter when retreating Germans fired shots nearby. Eventually, elements of the 88th broke through the German defenses, and Mion and her mother were safe.

The next day, April 29, was Mion’s 13th birthday. To celebrate, her mother baked a cake and placed it in their window to cool. However, the cake disappeared before Mion could enjoy it. Victorious American troops decided to help themselves to the treat before parading down Vicenza’s Corso Palladio, where they were greeted with bread and wine by welcoming Italians. Not only had Mion survived a frightening battle, but she was left without her birthday cake.

Nearly 77 years later, on April 28, 2022, soldiers from US Army Garrison Italy returned Mion’s cake to celebrate her upcoming 90th birthday. In attendance was Col. Matthew Gomlak, commander of US Army Garrison Italy, who recounted the story of the stolen cake. “Her happiness turned into disappointment later when the resourceful American soldiers made off with her birthday cake,” Gomlak said during the ceremony. Mion’s birthday cake was returned by Sgt. Peter Wallis, the MP who had just won the Installation Management Command – Europe Best Warrior contest in Baumholder, Germany.

The crowd sang “Happy Birthday” to Mion in both Italian and English during the cake presentation. “Tomorrow, we will eat that dessert with all my family remembering this wonderful day that I will never forget,” Mion said after finally having her cake returned to her.