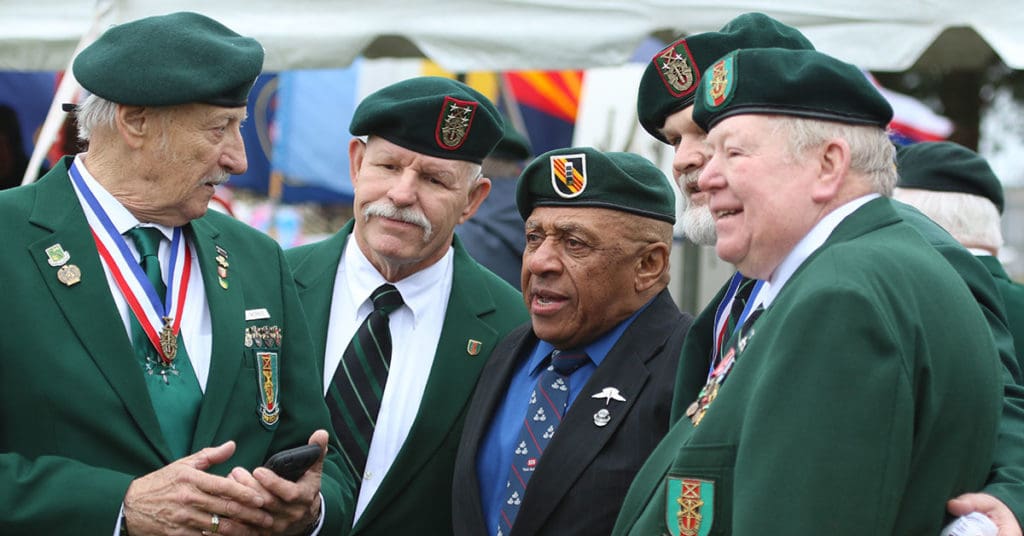 The Cold War completely changed the way the U.S. planned to fight hot wars. Special Forces were designed to organize and train guerrillas behind enemy lines.

President John F. Kennedy was a strong believer in the capabilities of Special Warfare. He visited the Special Warfare Center on Fort Bragg to review the training program there and authorized Special Forces soldiers to wear their distinctive green berets.

But how America’s premier unconventional warfare force got that iconic headwear is as much a testament to the force’s tenacity as it is a tribute to the founding soldiers who challenged Big Army’s authority.

According to the official history of the Army Special Forces Association, America’s green beret was first designed by SF major and OSS veteran Herbert Brucker about two years after the unit was formed, likely due to the close work between the OSS — the predecessor to the Special Forces — and Royal British Commandos during the war.

The beret was later adopted by 1st Lt. Roger Pezelle and worn by his Operational Detachment Alpha team with the 10th Special Forces Group based in Germany. The SF troopers were reportedly not authorized to wear the berets, but being unconventional warriors, they basically gave Big Army the middle finger and wore them anyway.

The “Green Berets” – as they would become known based on that specific Army green “Shade 297” cap  – would deploy to Vietnam in 1964 to take control of all Special Forces in the country.

They accomplished their mission of controlling Vietnam’s indigenous tribes and rallying them against the Communists. At the war’s height, the 5th SF Group controlled 84 of these Civilian Irregular Defense Groups, comprising some forty-two thousand men.