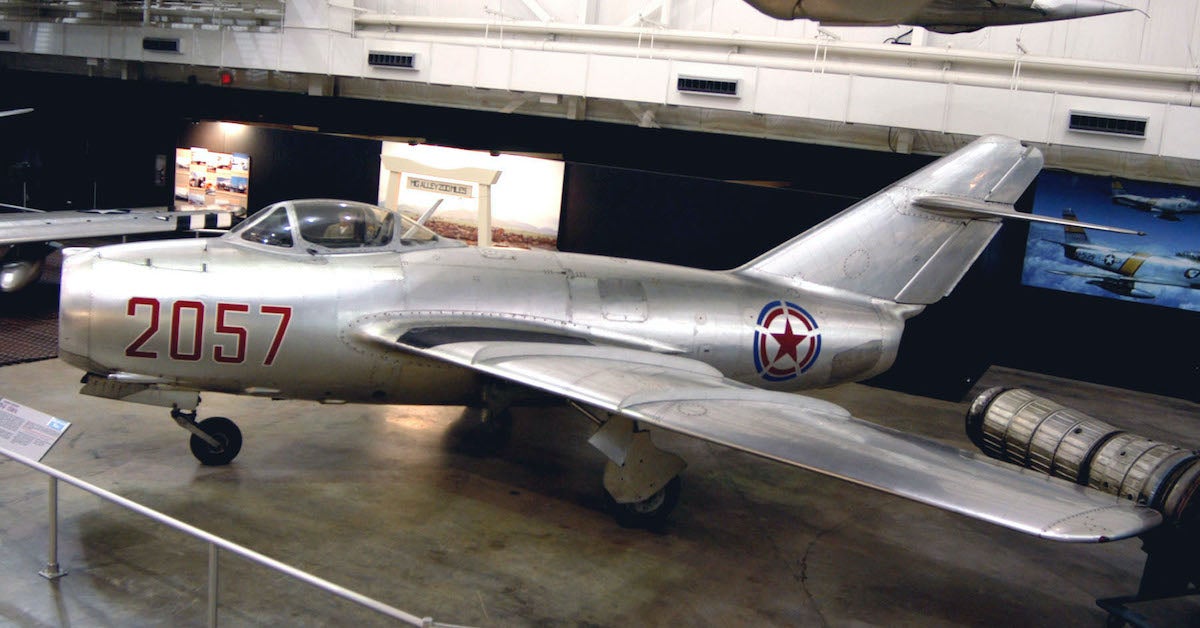 On Nov. 8, 1950, 1st Lieutenant Russell J. Brown became the first pilot to score a jet-to-jet combat victory when he shot down two MiG-15s.

During the Korean War, Lieutenant Brown flew the F-80 Shooting Star for the United States Air Force. On Nov. 8, 1950, he was part of a mission to attack the airfield at Sinuiju. After completing a strafing run, he climbed to 20,000 feet to cover his wingman when his squadron was attacked by 2 MiG-15s, a Soviet-made aircraft built for speed.

As his wingman, Major Evans G. Stephens, maneuvered to fire on the first MiG-15, Lieutenant Brown engaged the second.

There’s only one way to *truly* demonstrate what happened next. See the video above or put your imagination cap on.

The bogey made a climbing turn to the left, so Brown stayed on the inside and figured its lead. He fired four short bursts with a .50 caliber gun. They missed.

The MiG-15 did a wingover and began to dive. Brown followed, at 600 miles an hour, setting his sights. He fired a burst followed by three short volleys and struck the enemy fuselage. Brown fired one last time and watched the MiG-15 burst into flames.

Only 2,000 feet from the ground, Brown pulled his F-80 out of its dive and into aviation history with the jet-to-jet victory.

Hundreds of MiG-15s would be shot out of the skies over “MiG Alley” during the Korean War — and, though it is outdated by any standard, it remains in North Korea’s arsenal today.

Featured Image: North Korean defector No Kum-sok’s MiG-15 — later flown by Chuck Yeager to test its capabilities — on display at the National Museum of the United States Air Force.