Today in military history: MiG-17 prototype takes maiden flight - We Are The Mighty 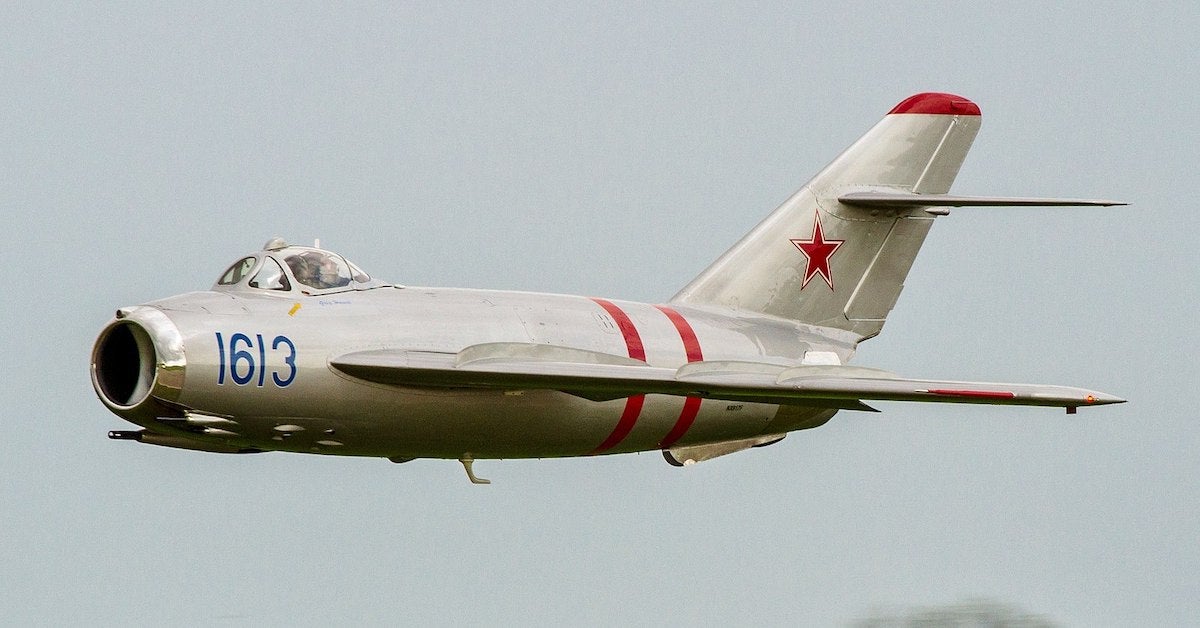 The Mikoyan-Gurevich MiG-17 is perhaps best known as being the primary enemy aircraft engaged against U.S. and South Vietnamese forces during the Vietnam War. It is a high-subsonic fighter and one of the first jets in the world with an afterburner allowing it to hit Mach 1 and climb quickly. It could also carry bombs, rockets, or extra fuel tanks under its wings.

It was designed to intercept bombers rather than engage in dogfighting with other jets, but the introduction of United States Air Force strategic bombers forced the Soviet Union back to the drawing board.

The first prototype, designated I-330 “SI”, was flown by pilot Ivan Ivashchenko, who was killed two months later during test flights when a design weakness caused the aircraft to lose her horizontal tail, spin out, and crash. After more development and tests, the MiG-17 was formally accepted for production the following year.

The MiG-17 is credited with 28 air-to-air kills on behalf of the Chinese Communist and North Vietnamese Air Force during the Vietnam War.