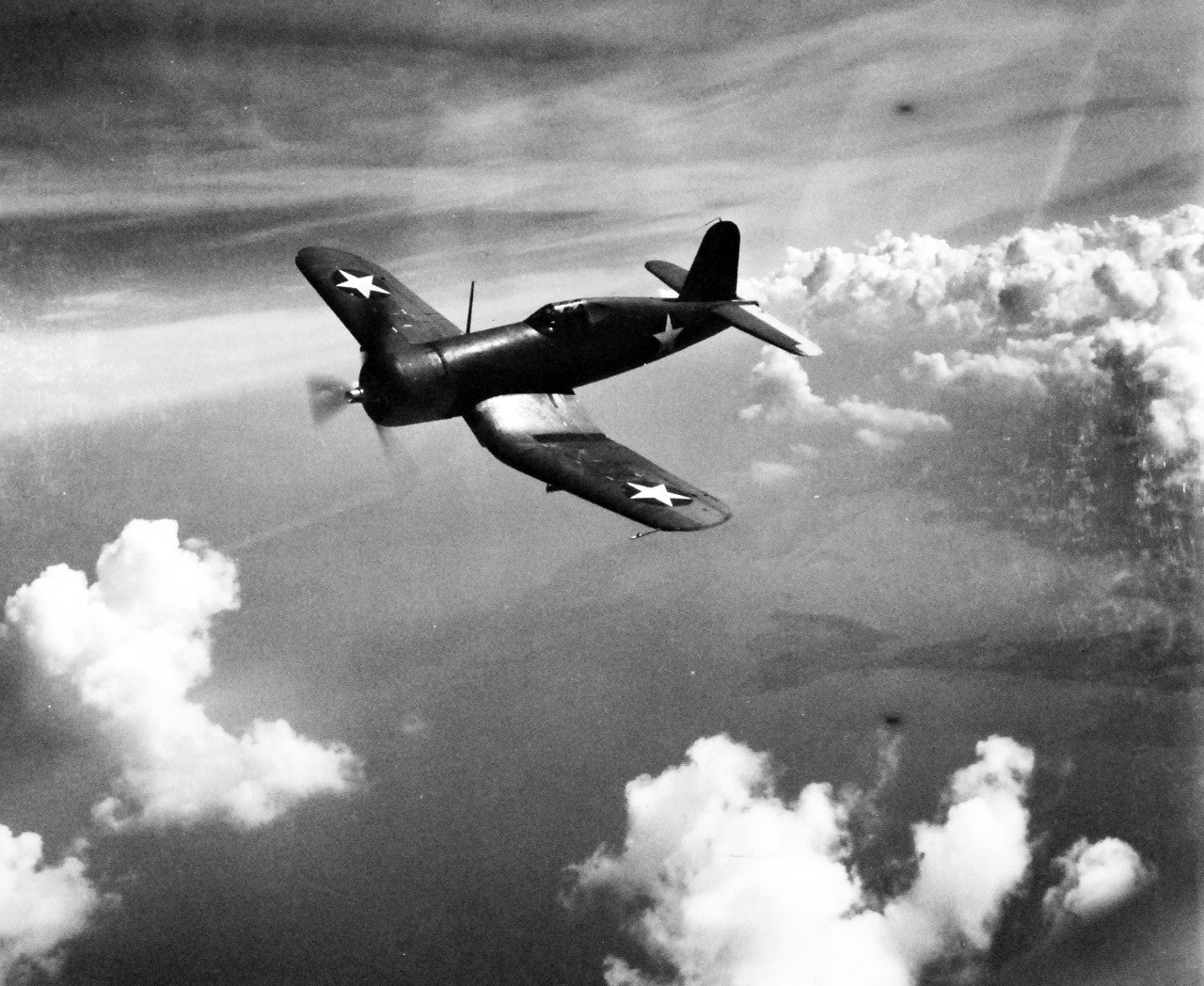 The service life of the F4U Corsair was a little more than 10 years, but in that time, it had an incredible effect on both American naval airpower and on the pre-jet engine wars in the Pacific War and in the Korean War.

This all came about in spite of some of the Corsair’s earliest design issues. The plane was originally intended to be a carrier-based aircraft but problems landing it on an aircraft carrier led the Navy to use it mostly on ground-based airstrips in the Pacific Theater of war. Planners for the Corsair also envisioned a combat “innovation” that never came to pass: bombing aircraft out of the sky.

Corsairs first took flight with the United States military in the years before the U.S. entered World War II, but didn’t see active service until 1942. When it finally arrived in combat against the Japanese, naval aviators flying the Corsair notched up an astonishing 11:1 kill ratio, leading Japanese navy pilots to regard it as their most formidable opponent.

In the late 1930s, the Navy was looking for a fighter that was fast, carried four guns and rails to carry a new battlefield weapon, the anti-aircraft bomb. These smaller bombs were designed to attack formations of fighters and bombers mid-flight, but it was a short-lived idea and it might have worked, given the altitude limitations of the Japanese Zero.

Instead, the Corsair became one of the most capable fighter-bombers of the entirety of World War II, capable of carrying 4,000 pounds of bombs at a range of 1,500 miles if needed. But its early days were marked by trouble when landing on a carrier. The Corsair had a tendency to bounce when landing, something that could endanger flight operations. So while the Navy worked out the kinks on carriers, the Marine Corps used it to devastating effect from land-based squadrons.

In a close air support role, the Corsair was unmatched. It was nicknamed “Whistling Death” by the Japanese for the distinctive noise it made while attacking at low altitudes, the Marines on the ground called it “The Angel of Okinawa” and “The Sweetheart of the Marianas.”

Corsairs in the skies over World War II notched some 2,000 air victories at a loss of just 189 planes. It dropped 77% of the total bombs dropped by the U.S. in the Pacific. It also flew 44% of the Navy and Marine Corps fighter sorties during the war, which may have saved lives – it also had the lowest loss rate of any aircraft from any country during the war.

In Korea, times had changed and jet fighters were dominant in the skies. Despite being outmatched by the Soviet-built MiG-15 jet, a Corsair still managed to take at least one of the communist fighters down. Yet, Corsairs still played their all-important fighter-bomber role and were used as close air support for United States Marines fighting on the ground.

Corsair squadrons were largely disbanded after World War II, and despite the plane’s excellent service record during the Korean War, was retired after the Korean War Armistice in 1953. Such an aircraft doesn’t just disappear overnight, however. The plane that had so much trouble with its original designs and intent but became the workhorse of WWII, saw continued service with France, England, New Zealand and Honduras.