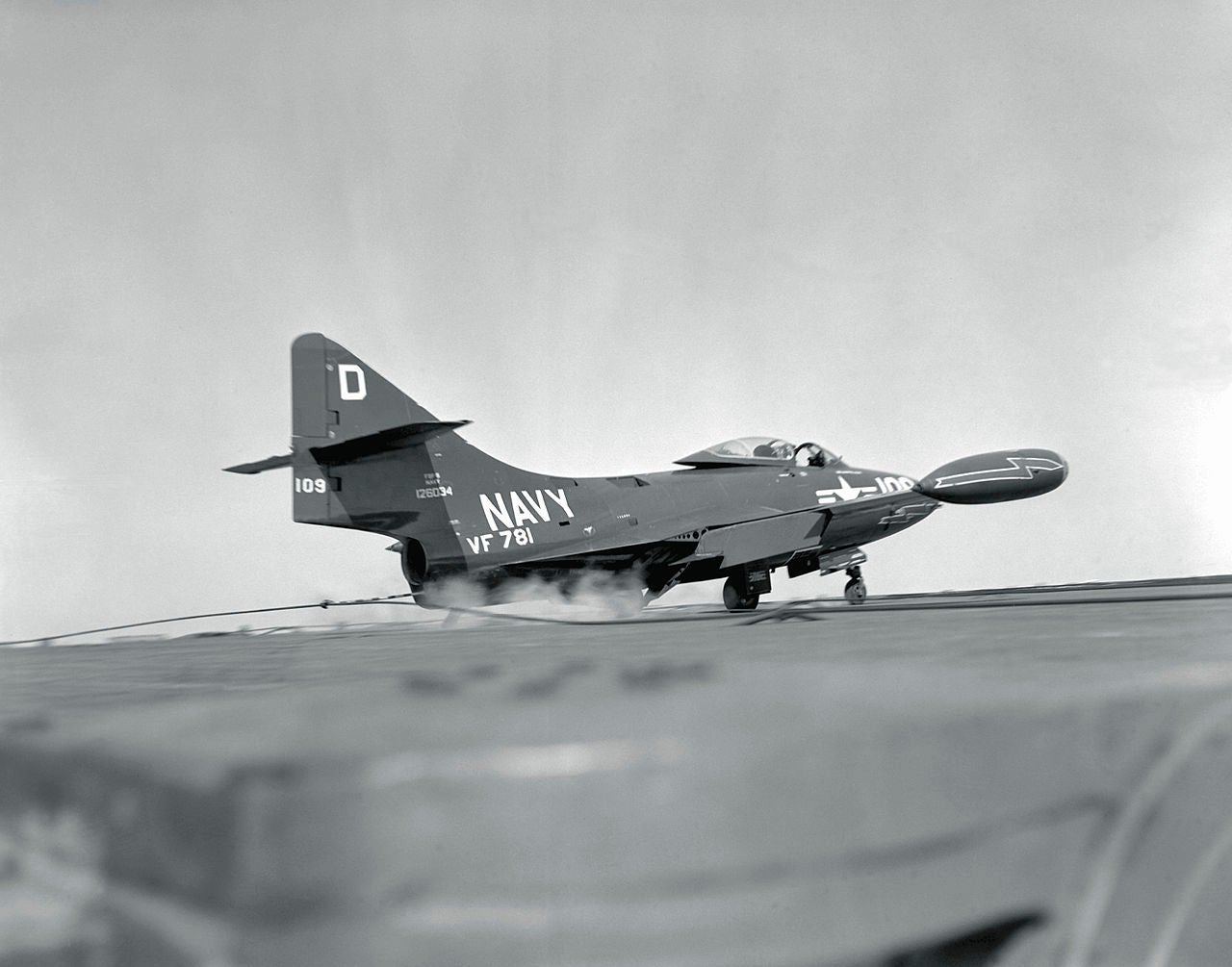 It’s one thing to be outnumbered, it’s another thing to be outnumbered seven to one. That’s the situation naval aviator Lt. Elmer Royce Williams found himself in the skies over Korea in 1952. He had been in the Navy since 1943 but when he first joined, he had no idea that his assignment aboard the USS Oriskany would lead to fighting what might be the longest dogfight in U.S. Navy history.

He also didn’t know the biggest engagement of his life would become a secret – one that has kept him from receiving the Medal of Honor for 70 years.

Williams decided to join the Navy after the Japanese attack on Pearl Harbor in 1941, when he was just 16. After he turned 18 in 1943, he went right to it and became a fully-qualified naval aviator just after the war’s end in 1945. He stayed in the Navy, however, and trained to fly the F9F-5 Panther just before the Korean War broke out in June 1950.

As part of Task Force 77, the USS Oriskany was launching aircraft in support of ground forces in Korea and conducting interdiction missions over the Yellow Sea and the Sea of Japan. It was a new ship, and had just joined the task force in 1952. It was especially adept at striking enemy supply lines and running bombing missions along the Korean coastline.

Williams was on combat air patrol along the Yalu River, North Korea’s border with the Soviet Union near Hoeryong, North Korea. On Nov. 18, 1952, Williams and his three other pilots saw what would soon propel Williams into the history books. He had been warned about the incoming Soviet fighters who were on their way from nearby Vladivostok.

The Soviet Union was coming to retaliate for a UN attack on a North Korean target. But the Soviets weren’t officially part of the Korean War. The Americans knew Soviet pilots were flying missions for the North Koreans, but they kept it a closely-guarded secret to keep the American public from crying out for an extension of a war that might have led to World War III.

Williams and his patrol group were flying through a bed of snow clouds at 12,000 feet when they learned about the Soviet aircraft coming their way. That’s when the leader of the flight group had an engine malfunction and had to return to the carrier. His wingman accompanied him. Williams then realized the incoming fighters were MiG-15s, which were superior to his F9F-5 Panther. The Oriskany ordered them to return to base, but they found themselves bracketed in by the MiGs.

His wingman managed to escape, leaving Williams to take on all seven by himself. For the next 35 minutes, he fought a battle of strategy, position, and escape.He realized they were taking turns at him, so he kept his focus on maneuvering, not shooting them down. Instead, he  fired on the enemy aircraft whenever he could.

By the time he had run out of ammunition, he had made it back to the an area where the Task Force could protect him. In that time, he had also downed four of the enemy fighters while taking 263 bullet holes to the fuselage of his aircraft. Only one of the original seven planes was still on his tail. Somehow, he managed to land his heavily damaged plane on the Oriskany.

In an action that should have been an easy Medal of Honor to push through, especially since Williams shared a cocktail with President-Elect Dwight D. Eisenhower later, the involvement of Soviet pilots in the dogfight meant the incident never happened as far as the U.S. government was concerned. 70 years later, there is an effort to push his nomination to the president’s desk, but it has made little progress.