Today in military history: Union victory at the Battle of Shiloh - We Are The Mighty

Today in military history: Union victory at the Battle of Shiloh 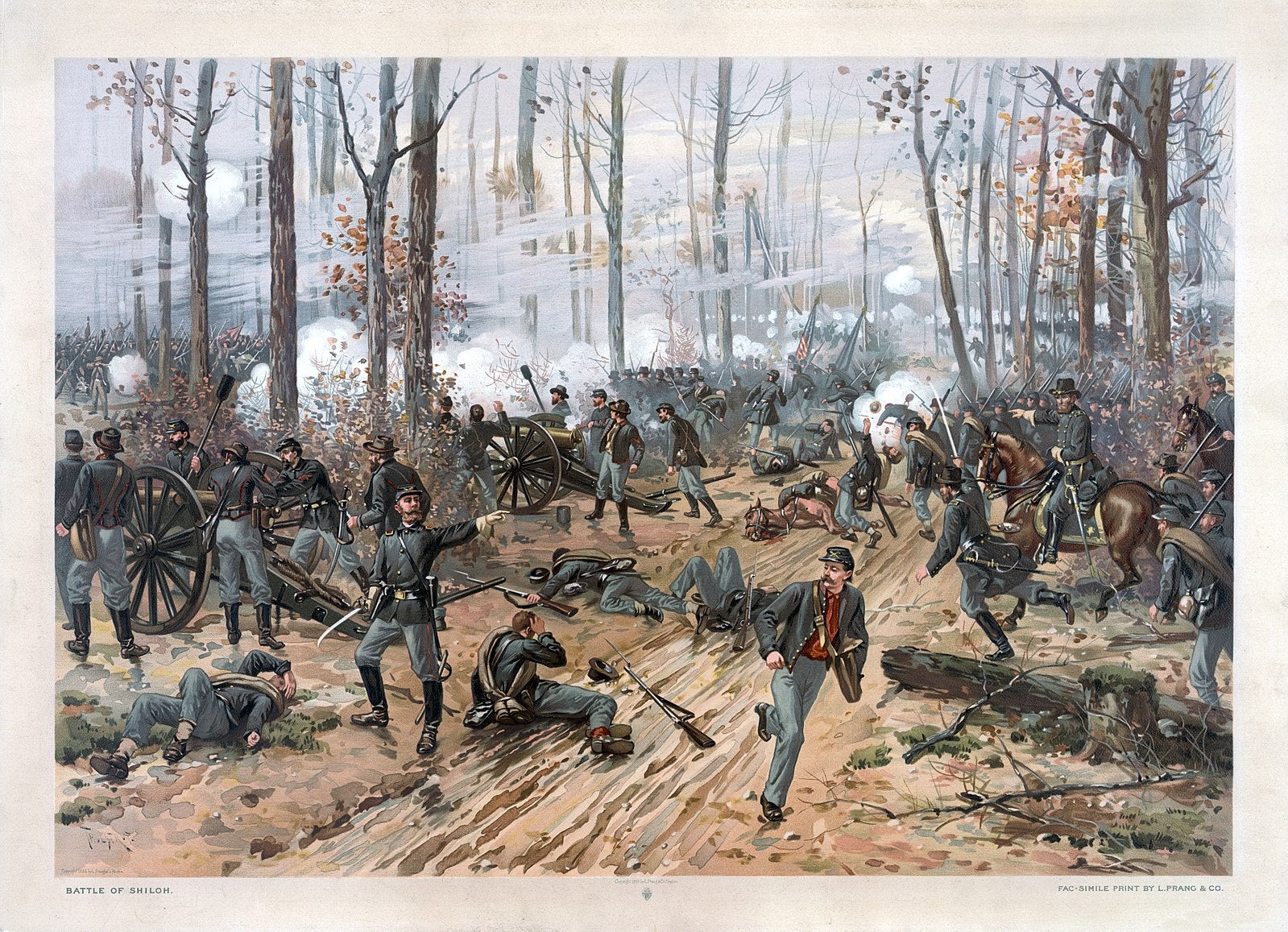 On April 7, 1862, Union forces defeated the Confederates at the Battle of Shiloh in Tennessee in what was then the bloodiest battle in American history with more than 23,000 dead and wounded.

The day before, Confederate forces under General Albert Sidney Johnston caught Union forces under Major General Ulysses S. Grant by surprise. Their plan had been to back the Union against a series of swamps. Instead, the Union army rallied, fighting a series of defensive stands from Shiloh Hill to what survivors would call “the Hornets’ Nest” — an impenetrable oak thicket.

The Southern attack began to lose its advantage, its coordination, and, in a fatal bullet wound, its commander. Johnston was hit behind the knee and bled to death, which former Confederate President Jefferson Davis would later refer to as “the turning point of our fate.”

On the night of April 6, nearly 21,000 reinforcements had arrived for the Union, giving Grant 45,000 troops to face off against no more than 28,000 under Confederate General Pierre G. T. Beauregard.

On April 7, Grant launched his counterattacks at dawn, pushing the Confederates back. By the end of the day, the Union had recovered the ground it had lost.

Over 13,000 Union troops were killed, wounded, missing, or captured. The shockingly high casualty count of the battle caused many to call for Grant’s replacement. Abraham Lincoln would refuse, saying, “I cannot spare this man; he fights.” Grant’s victory would allow him to launch a massive operation in the Mississippi Valley later that year and capture Vicksburg, the last Confederate-controlled area along the Mississippi River.

Grant would go on to take command of the Union Army and force Robert E. Lee to surrender at Appomattox Court House in April 1865. Learn more about the Battle of Shiloh in the video below.