When you're in a hopeless situation, 'Pray for Shackleton' - We Are The Mighty

When you’re in a hopeless situation, ‘Pray for Shackleton’ 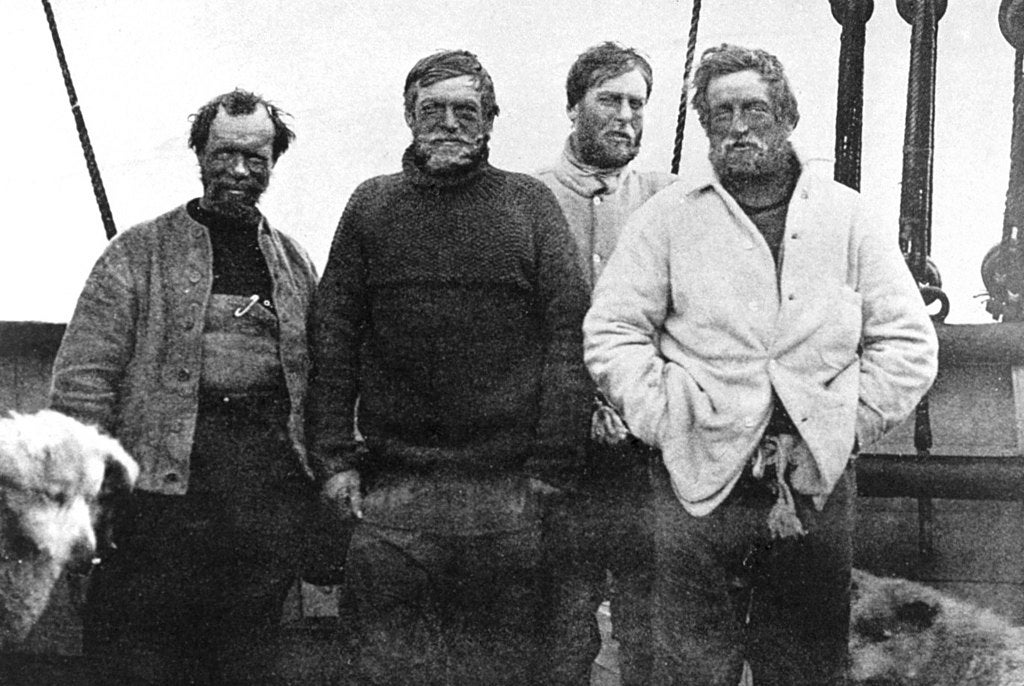 Talk about timing. In January, 2022, author Ranulph Fiennes released his new book, Shackleton: The Biography. The book is another treatment of the exploits of the famed Irish adventurer, Ernest Shackleton. Fiennes, an explorer of renown himself, is perhaps the perfect person to chronicle the incredible resolve of Shackleton.

It gets better for Fiennes.

Within days of his book’s release, scientists made an remarkable announcement: they had discovered the sunken remains of Shackleton’s fabled ship, Endurance, lost at a depth of 10,000 feet in the Weddell Sea! In the rush for Fiennes’ book, readers learned a good deal about the man behind the legend of the Endurance.

Like so many great men, Shackleton first had to learn an invaluable set of skills, topped by grit and perseverance. A man driven to achieve something great, he certainly did endure. First, the scoffing of associates that nodded politely when he outlined his dreams of exploration. Then, the sheer gut-wrenching weight of planning for an expedition: fundraising, strategy, the accumulation of materials.

Early on, Shackleton decided that the sea was going to be the canvas on which he would paint his future glory. A voracious reader, he thrived in a family of sisters. By his late 20s, the compact Shackleton had proven himself sufficiently that he signed on to the Discovery expedition, headed by Robert Falcon Scott. The team was determined to explore the Antarctic, which was a frozen frontier not much less daunting to reach than the moon.

It is in this story that we learn most of all we need to know about Ernest Shackleton. His duties on the ship Discovery were pretty pedestrian: water analysis, caterer, and charge over provisions.

One of Shackleton’s best features was his storytelling ability, which he had honed as a boy. On long voyages, away from civilization for months and even years, this ability helped him and the men he served with to keep their sanity.

Back to Discovery. At one point, Scott chose Shackleton to join him and the scientist Edward Adrian Wilson to set out on foot and with sled dogs to see how far they could penetrate the frozen moonscape of the Antarctic. The sheer torture their bodies and minds went through is difficult to believe, but the tale survives in the men’s journals. It was critical to them to achieve exploration greatness for the Crown.

On the return trip to Discovery, still more than 150 miles away, the last of the dogs died. A hellish one-step-forward-three-steps-back march ensued. It is hard to imagine human bodies being put through more exhausting paces than on this march, with each man fighting snow blindness, rapid weight loss, and discouragement. Muscles simply stopped working at times. Shackleton would later castigate himself for “hitting the wall” and being largely incapacitated.

Years passed before he got a chance to helm his own expedition. And it would be with Endurance that he finally reeled-in the fame he had sought all his life.

This “Imperial Trans-Antarctic Expedition” launched in 1914. It was the race to reach the South Pole first that drove these men. In fact, just ahead of Shackleton’s attempt, Scott set out and got within 146 miles of his goal. It all ended there and Scott’s last journal entry was discovered after he and his men perished on the ice:

“Every day we have been ready to start for our depot 11 miles away, but outside the door of the tent it remains a scene of whirling drift. I do not think we can hope for any better things now. We shall stick it out to the end, but we are getting weaker, of course, and the end cannot be far. It seems a pity but I do not think I can write more. R. Scott. Last entry. For God’s sake look after our people.”

This is what was in Shackleton’s mind as Endurance set out. It was this journey that placed the Irish Dynamo into a special place in history. The name of his ship came to define the entire experience.

At the same moment Shackleton was prepared to go, World War I broke out. Winston Churchill, First Lord of the Admiralty, gave Shackleton the greenlight to proceed, realizing that in such a momentous moment, Shackleton could catch hold of a different kind of momentous moment for British glory.

By January of the next year, Endurance became locked in ice in the Weddell Sea. It is almost inconceivable that the men continued on the journey, but it was life or death. They spent months on the ice, trying in vain to extract the ship. By April, the ship broke in two. Shackleton kept his focus and ordered the men to man lifeboats, which they would use to reach Elephant Island, 346 miles from the spot of Endurance’s sinking.

Fiennes writes about the long journey home for Shackleton and his men:

“In the unrelenting darkness of the Antarctic winter, the conditions were even worse than they might have imagined. The sea churned with huge ice chunks, forever crashing together, with the men fearing they would be squashed between them. Unprotected, they were battered by the chilling winds, freezing sleet and fog, and sprayed relentlessly by the ice-cold sea. The threat of killer whales thrusting through the water and capsizing a boat was also ever-present.”

Taking only a few of the 28 men with him, Shackleton decided the only option was an open-ocean trek to South Georgia whaling stations…720 miles away.

They made it. Shackleton finally reached England in the spring of 1917.

A final expedition came in 1922, again the Antarctic. One can speculate that the previous expeditions had so taxed Shackleton’s body that it gave out. He died of a heart attack at South Georgia, at the age of 47.

His legacy will always be the saving of all his men from Endurance.

A contemporary explorer summed-up the spirit of Shackleton with a view that will echo down the corridors of exploration. Sir Raymond Priestly stated:

“For scientific leadership, give me Scott. For swift and efficient travel, Amundsen. But when you are in a hopeless situation, when there seems to be no way out, get on your knees and pray for Shackleton.”