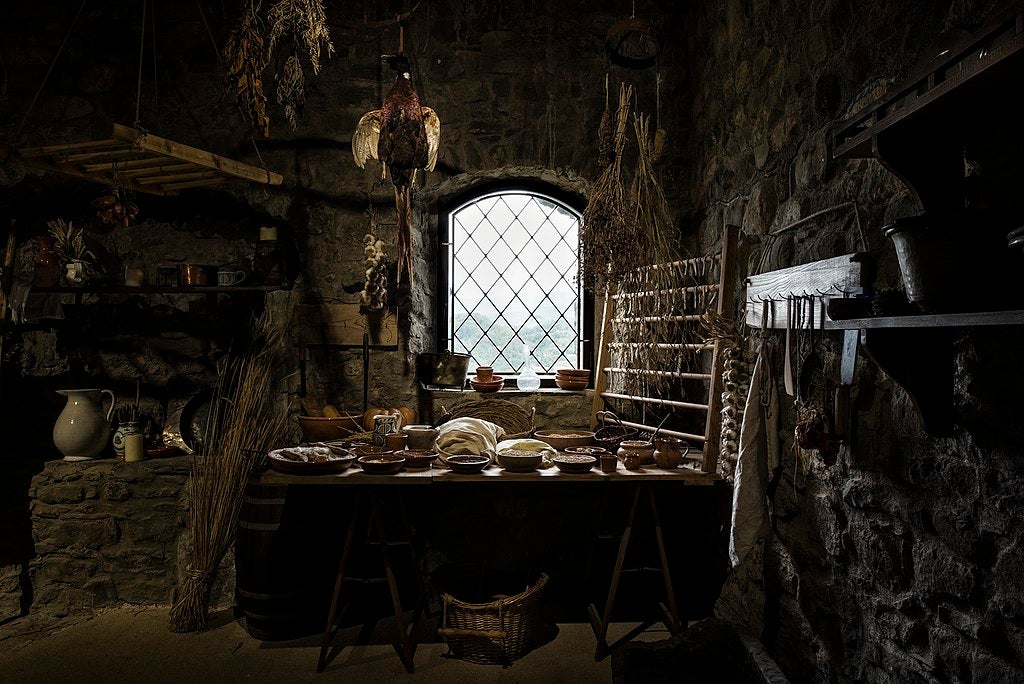 Food matters, and no one knows that more than military personnel. No matter where they are or what flag is flying over their formations, the well-worn saying that “an army runs on its stomach” holds true time after time. That even looks like the case for medieval armies who lived in very different times.

In the mid-1300s, the average human life expectancy was somewhere around 24 years. If a grand elderly person ever made it past their twenties, then they might live into their forties, but that was considered an extremely old age back then. Members of the Knights Templar, however, would routinely live well into their 60s.

Being a religious order of knights, their longevity was attributed to their holiness, because no one really knew anything about food science, exercise science, or science in general. What modern-day historians know about the Templars is likely what sets them apart from other people of the era: a quality diet.

The Templars were not just an order of knights, they were also kind of a nonprofit bank, living off of donations and accepting the money from religious pilgrims for safekeeping. For 200 years, they were the premiere monk knights of Europe. They were also some of the best fighters Europe had ever seen.

In exchange for their nonprofit status, the knights took vows of chastity and vowed to follow a strict set of guidelines, the Primitive Rule of the Templars. It governed who they should protect, who to shun, what colors to wear, and even how they should behave during church services. It also dictated their nutrition, how, where and what they ate.

The Primitive Order declared that knights should eat in pairs so they could monitor each other’s portions. Whatever food was left was given to the poor and destitute. They fasted on certain days, but also were conscientious about what they ate, as per the rules.

Knights Templar ate meat only three days a week, sometimes twice a day on Sundays. This meat was usually roasted beef, ham, or bacon, with only salt for a seasoning. The days after fasting permitted the knights to eat more copious amounts of food, a kind of medieval intermittent fasting, though centuries before the term ever appeared in common usage.

On other days, they ate smaller portions. These were usually two to three meals on those days, filled with large amounts of vegetables and bread. Milk, eggs, and cheese were also common on those days. Soups were common, made with oats and other fiber-rich foods. Since the knights also tended to individual gardens and orchards, a variety of fruits and vegetables were likely available.

Fridays, as per the custom of Catholics at the time, they abstained from all animal products getting their proteins from fish and almonds. If they were sick or injured, they didn’t fast and instead ate foods that would restore their health. They also enjoyed a ration of wine, amounts they could enjoy without getting drunk.

Most importantly, the knights of the order observed clean food practices uncommon elsewhere in Europe, ones that we know today help curb the spread of diseases and infections, such as handwashing – all in an age where no one knew anything about germs or microorganisms.

With strict rules centered around their food consumption, the Knights Templar basically built a system of rules associated with food cleanliness and nutritional health practiced today.