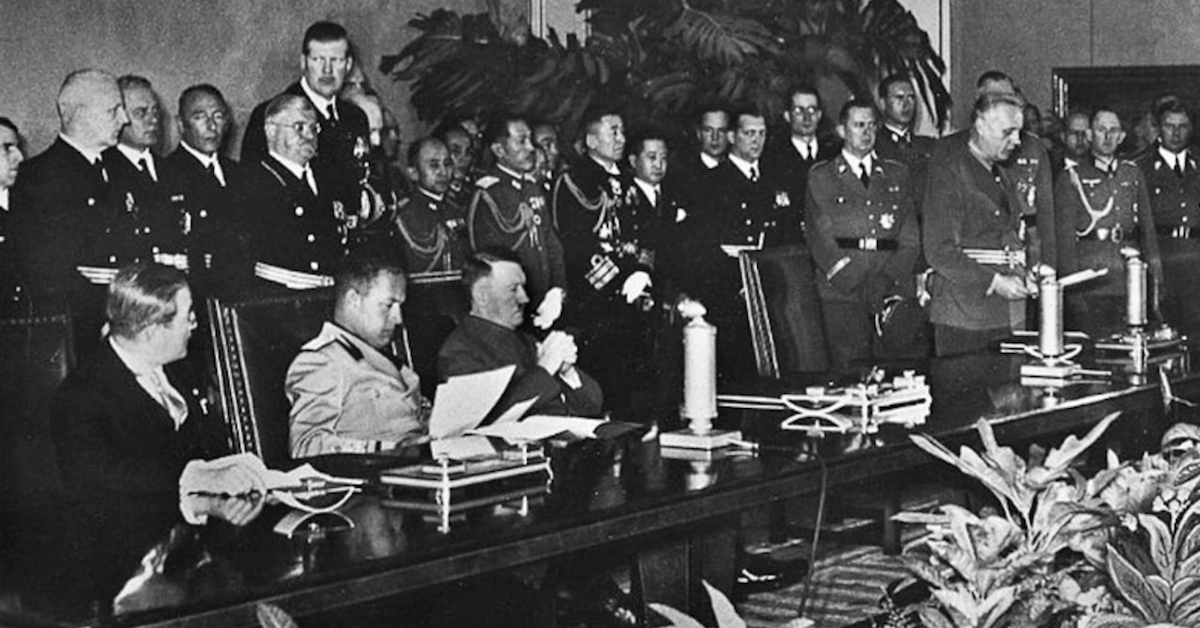 On Sep. 27, 1940, Germany, Italy and Japan signed the Tripartite Pact and formed the alliance that would become known as the Axis Powers.

A year earlier, Germany and Italy had signed “The Pact of Steel” to ally themselves against democratic countries. In 1940, Japan entered the pact, whereupon the three called for an agreement of mutual assistance should one be attacked by a country not already involved in World War II. The pact also recognized each others’ authority to rule their respective continents — Germany and Italy would have leadership over Europe while Japan would establish leadership over greater East Asia.

It was meant to deter other countries from joining the Allied efforts — namely, the United States, who remained formally neutral while imposing sanctions against Axis Powers. At the time, the US did very little to respond to the Tripartite Pact. On Sep. 27, Secretary of State Cordell Hull released the following statement:

“The reported agreement of alliance [56] does not, in the view of the Government of the United States, substantially alter a situation which has existed for several years. Announcement of the alliance merely makes clear to all a relationship which has long existed in effect arid to which this Government has repeatedly called attention. That such an agreement has been in process of conclusion has been well known for some time, and that fact has been fully taken into account by the Government of the United States in the determining of this country’s policies.”

A year later, however, Japan would attack the US at Pearl harbor, finally drawing America into the war, and spelling the doom of those who sought to become the rulers of a new order across Europe, Greater East Asia and beyond.