Why this rotor wing component is unofficially named after Jesus 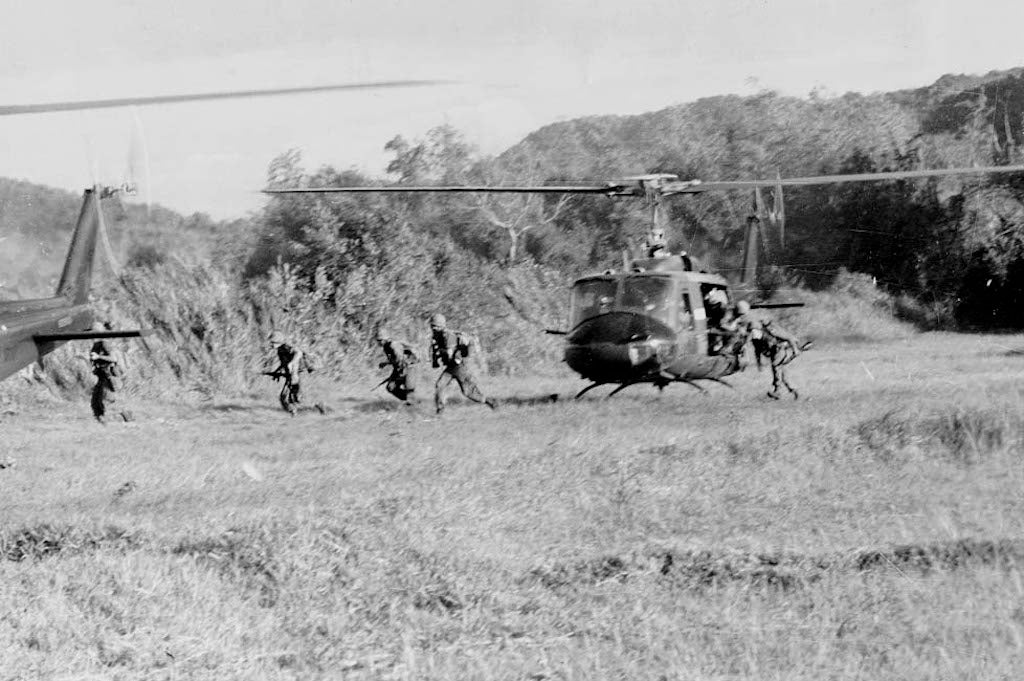 Soldiers of the U.S. Amry 1/7th Cavalry disembark from a Bell UH-1D Huey at LZ X-Ray during the battle of Ia Drang.

Helicopters, also known as helos, are one of the most important aircraft for infantry operations. Whenever Marines need to do a hard knock, which is essentially a raid in civilian terms, close air support is essential. The knowledge of calling in a helo is mandatory for all infantrymen regardless of rank due to the sheer fact that it is the fastest way to evacuate the wounded. On the airwing side, there is also a component critical to the mission of those aircraft, the Jesus Nut.

The main rotor holding nut, which secures the primary rotor to the mast of various helicopters, is known as a “Jesus nut/bolt”. American soldiers in Vietnam were the first to use the phrase “Jesus nut.” It was the first conflict in which many soldiers utilized helicopters for close air support. The helicopter PBY Catalina, which featured two Jesus bolts connecting the wing to the body, is where it is believed to have first appeared. One of the soldiers flying in the aircraft asked the pilot what would happen if the bolt malfunctioned and was told to pray to Jesus. This sarcastic response just means only a higher power can save us now.

What makes it so important?

In certain designs, the nut holding the rotor to the mast at the top is torqued down to roughly 4,000 – 5,000 foot pounds. To put this into a general viewpoint, a standard screw you install in your wall is hand tightened to 25 to 100-inch pounds. Three people are needed to tighten this nut, one to grip the top of the rotor blade, one to provide the pressure, and one to secure the socket onto the nut to prevent it from falling off.

A holding ring is placed on top to keep the Jesus Nut from falling loose. It is typically found on systems with a two-blade tilt rotor. One of the models with such a fastening was the Huey. Later versions feature a ring with several bolts around the edge.

Without the rotor retaining nut, the rotor blades snap, and the helicopter loses control. It allows the blades to rotate, keeping the helicopter afloat. This is why every pilot, whether military or civilian, must check the reliability of the Jesus nut before flying.

Can it be replaced?

This component and the linchpin it is attached to are made of steel and can be produced quite easily. However, the distant locations that military helicopters frequently fly in make it challenging to get new components and can inadvertently put off necessary repairs.

The part’s replacement relies on the logistic capabilities of the military. Unless you have a spare on hand, delivered from the other side of the earth, and three trained bodies to work on it, that helo is not going anywhere.