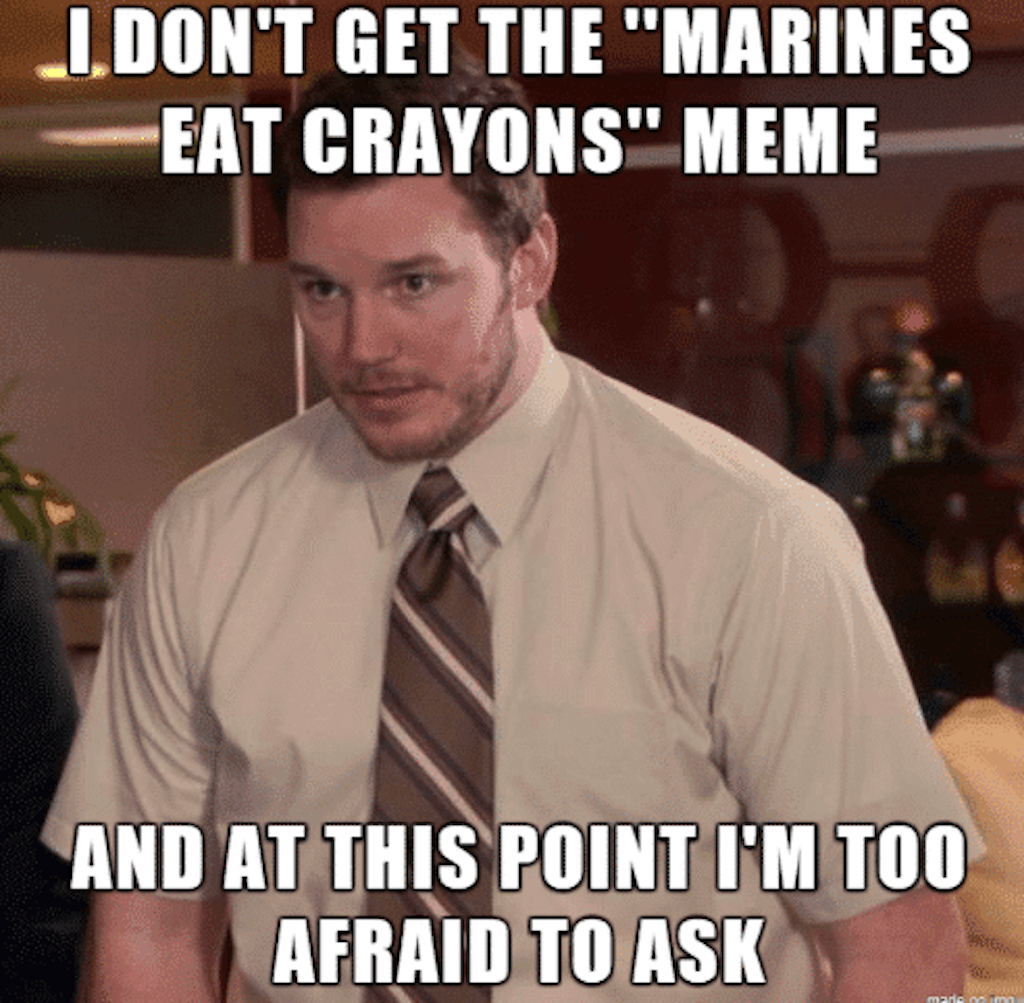 If you know the language of the military, you know what we’re talking about. It’s basically a language all its own. Full of acronyms and nicknames that don’t make sense to the general public, there are entire strings of conversations that can go on including nothing but jargon. (And good luck to anyone not in the know.)  That’s where funny memes come in.

From discussing ranks, daily situations, moves to everyday gear, jargon is a THING in the military. Take a look at these common memes discussing what it’s like to speak the language … and if you don’t.

2. Sometimes you can’t shut it off … even when you want to

3. The point doesn’t always get across

But it’s a good time.

4. When you accidentally teach civilians

Do you hear yourself?

6. When you first joined and had no idea what was happening.

The vocab keeps on coming.

8. Then when you are lost and just stay silent.

9. The people who shorten everything

You are so cool.

Military jargon — in all branches — is a language all on its own, and once you learn it, it sticks with you for life. After all, it’s an earned right of passage. Take it with you and use it well!