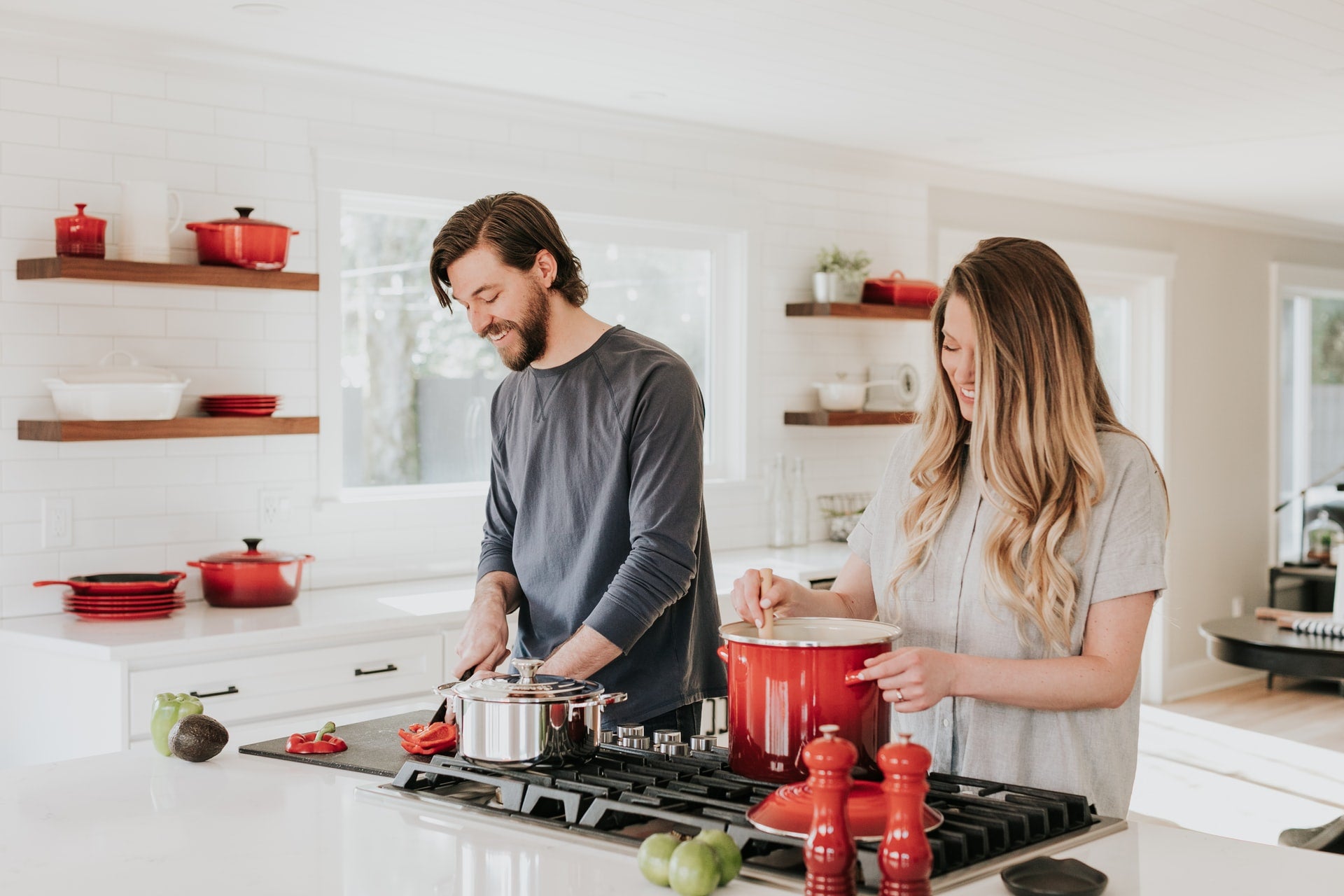 Photo by Becca Tapert on Unsplash.

I awake with a start. John isn’t in bed beside me. Throughout his military career, I never could grow used to an empty bed. Unlike before, I hear him breathing. He is in his recliner on the other side of the room. Either insomnia, a migraine or back spasms have pulled him away from me tonight. I ask if he is ok before realizing he is sound asleep. The rhythmic sound of his breath lolls me back to sleep as well.

There was a time, early in our marriage, where we both craved one another’s attention. We never wanted to leave each other’s side. Twenty years later, three kids, two deployments and many many nights apart, we’ve become more accustomed to absence then togetherness.

We are relearning what it looks like to be together, always.

I’ve been hearing from friends whose spouses are either recently retired or working from home currently with no end in sight. The struggles are similar. Our routine at home is now chaotic. It’s similar to the disruption of reintegration but for a much lengthier stretch.

Here are a few things I have learned:

1. Be flexible and forgiving

It is extremely difficult to continue forward with the routine when there is a new person in your space. Knowing that your spouse is just one room away while you are trying to get your to-do list complete is frustrating. It would be much more fun to join in watching that movie or whatever else is happening. I mean after all isn’t more time together what you craved during that last deployment?

Look, it’s ok not to want to be together 24/7 even if that’s all you were craving in the normality of 2019. For many of us, 2020 has brought more together time then we could have imagined. It’s ok not to spend every second together. It’s also equally ok to not finish that crazy to-do list and just enjoy some extra time with your soldier.

Drop the guilt. Everyone right now understands the need to focus on mental health. Plus, there’s no need to worry about unexpected guests dropping by, so yes, the dishes and laundry can wait.

2. Find time to be alone, even if you have to hide in a closet

I am an introvert. I used to wake at 0500 to see John off to PT and soak up the quiet early morning with a book and a cup of coffee before the kids woke up. Our new normal means that this house is never empty. The kids are doing e-learning and even the hobbies that once took John out of the house after retirement have ceased. There is much togetherness going on.

Don’t get me wrong. I love the extra time with one another, but sometimes it can be too much. In those moments, I need a timeout. I need to recharge by being alone.

What does this look like when the whole world is shut down?

Here are a few ways I’ve figured out how to get my alone time.

3. Open communication makes all the difference

Communication while in the military had its challenges. We spent ten years learning how to communicate long distance, how to keep the dialogue going across oceans, and then how to understand one another after surviving vastly different challenges. My world of toddlers was not the same as his of war. It took effort to hear what the other was saying and the perspective we each brought to the conversation. The same is true now.

One of the things we’ve learned since retirement is that just because we’ve been married twenty years doesn’t mean we actually know the other person well. We may have been married but we inhabited very different spaces during that time.

All of this togetherness now is giving us the opportunity to get to know one another for who we are today. We are learning how to ask questions and how to listen in new ways. It’s a little like dating, the excitement and frustration are there. The only difference being the commitment to keep doing this, to keep trying, to keep growing together, and to maybe come out of this year closer then we were when it began.

The most important lesson I’ve learned during this time of increased togetherness and struggling to get everything done in the weirdness of 2020 is to be kind to myself. It’s time to drop the guilt because it isn’t mine to carry.