Before 'Ring of Fire,' Johnny Cash served in the Air Force - We Are The Mighty

Before ‘Ring of Fire,’ Johnny Cash served in the Air Force 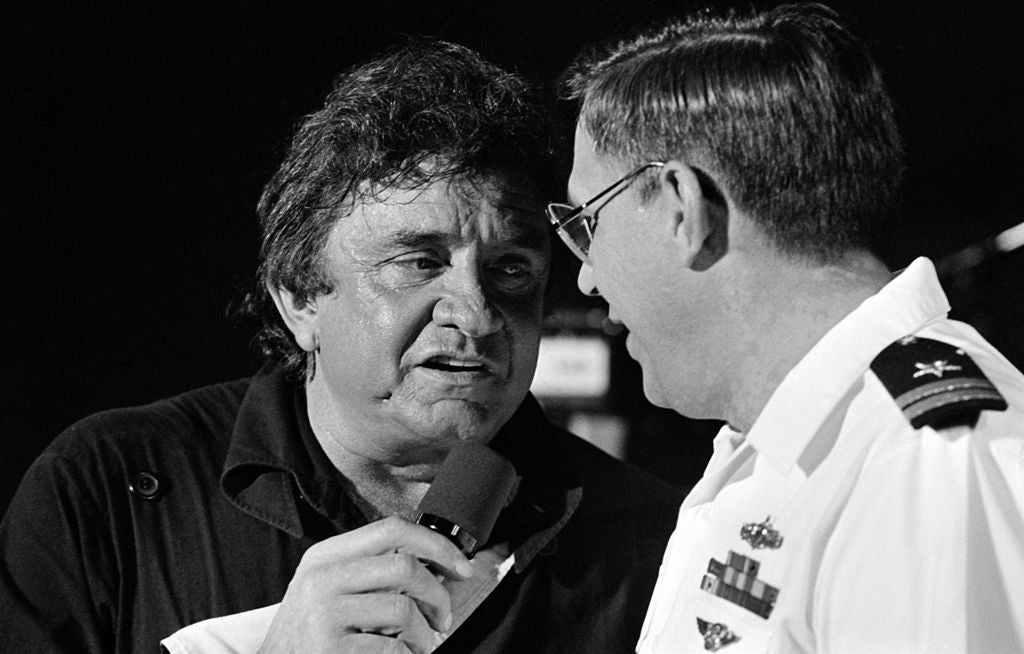 Entertainer Johnny Cash sings a duet with a Navy lieutenant during his performance for military personnel at the naval station. (U.S. Navy photo).

Today, Johnny Cash is a household name hailing from the record labels of Nashville. The Man in Black is known for his 13 Grammy awards, countless songs and his highly publicized marriage to singer June Carter (who was his second wife, BTW.).

But before songs like “I Walk the Line,” “A Boy Named Sue” and “Get Rhythm,” and yes, before “Ring of Fire,” before he met June or his first wife, Vivian, Cash served in the U.S. military.

At just 18 years old, he enlisted in the Air Force. This move was likely to have control over his branch of service and job, before being drafted, as was common of the time. 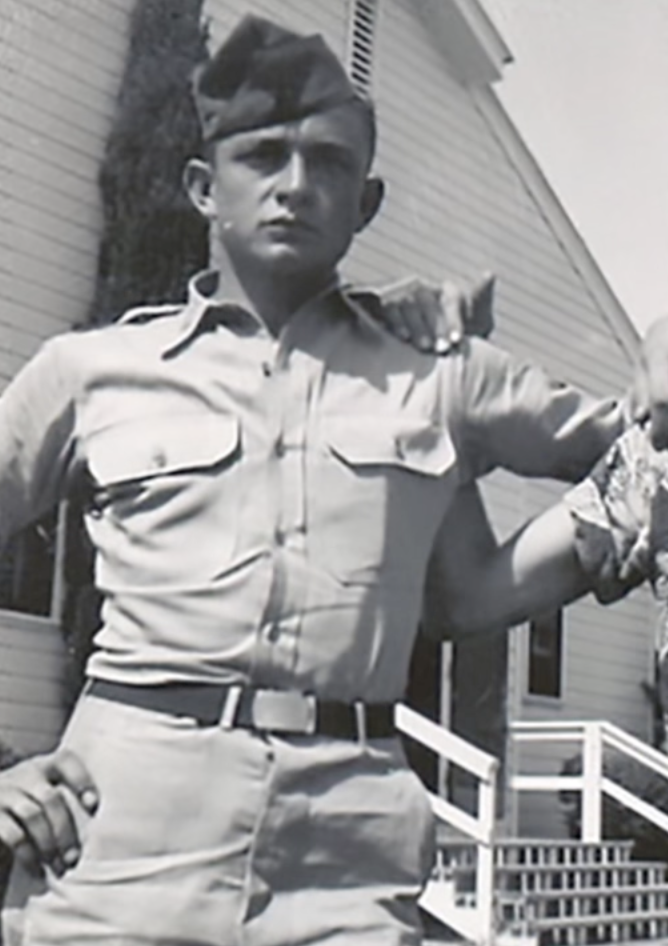 Cash while serving in the Air Force. (Wikipedia)

Cash served four years during peacetime, and exited the Air Force after his contract expired. He left the service as a staff sergeant. He attended basic training at Lackland Air Force Base in San Antonio, with additional training at Brooks Air Force Base, also in Texas. From there, he was sent to West Germany with the 12th Radio Squadron Mobile with the Air Force’s Security Service.

Cash’s job was to intercept Soviet messages and transfer them into Morse code.

The source of his facial scar

Any Johnny Cash fan will remember his distinctive scar along his right jaw. It was noticeable on TV and in photos when he was photographed from certain angles. Cash received this scar while serving in the military. But it’s not as exciting as it sounds, he wasn’t deep in battle or caught in a training accident.

In reality, Cash had a cyst removed. The surgery left a lasting scar along his jawline. To date, it’s considered one of his signature staples. All because the Air Force doctor said the cyst had to go.

After leaving the Air Force honorably, Cash married his first wife, Vivian Liberto. The pair met at a skating rink while Cash was still in basic training. Once he went to Germany, the two kept in touch through letters, exchanging thousands of notes. They married just one month after he exited the military.

The newlyweds moved to Nashville where Cash began a career as a vacuum salesman while learning to be a radio announcer. Quickly, his music career took off and the family moved to Hollywood.

The pair had four daughters: Rosanne, Kathy, Cindy and Tara. Cash began traveling frequently for shows, leaving his family behind. Ultimately, Vivian filed for divorce, citing Cash’s drug and alcohol use and infidelity while away. She outlined this and more of their personal life in her 2007 memoir, I Walked the Line: My Life with Johnny, published posthumously.

Cash married June Carter Cash in 1968, two years after his divorce. However, it’s said that Cash and Carter were “infatuated” with one another since they had first met, 13 years prior. Vivian also listed his relationship with June as further fuel to file for divorce.

In any case, Cash and June are remembered to this day as a time-honored love story. The pair wrote and performed music together for nearly four decades, eventually dying within a few months of one another. Cash passed away in 2003 from complications of diabetes, just four months after losing June.