What are military brats like when they grow up? - We Are The Mighty

What are military brats like when they grow up? 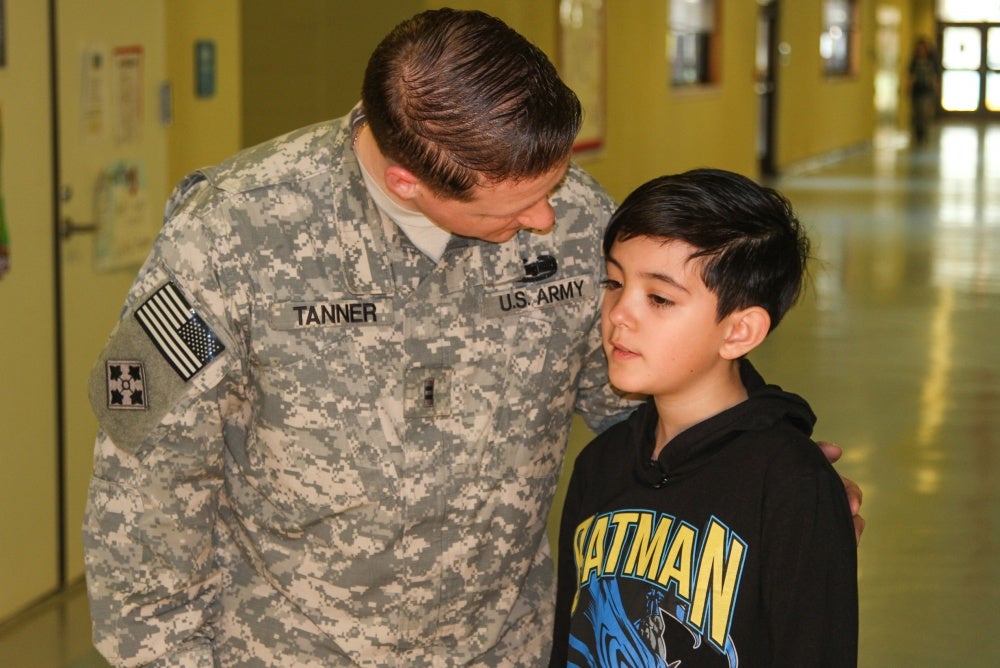 The term “military brats” is familiar, unifying and isolating all at once. Military brats have a subculture all their own. Although they didn’t choose their upbringing, they’re often proud of their family’s military roots. The effects of military lifestyle during childhood are profound. Psychologists have established that parental absence and military spouse stress during deployments lead to increased levels of anxiety in military children.

Interestingly, psychologists have yet to study exactly what happens to military brats when they grow up. Military brats simply aren’t tracked once they outgrow the title. Based on anecdotal evidence and studies on child development, however, here’s what we’ve discovered.

The stats don’t lie. Military families move, on average, 10 times as frequently as civilian families. This equates to once every two to three years. It usually takes a few months to settle into a new home. It takes even longer to make solid friendships and get used to a new school. Military brats learn through experience to adapt to change and acclimate quickly in new environments.

Military parents are often labeled as “strict,” but it’s only because they tend to expect their kids to follow the rules. They also learn by example; military families go where the military needs them to go at a moment’s notice, without question. Military life isn’t for the faint of heart, but watching your parents make a commitment like that and follow through makes a lasting impression.

The military has, historically, been somewhat ahead of the curve in terms of racial equality. Troops work together to serve a joint mission, and they become brothers and sisters regardless of ethnicity or race. This culture applies to families living in military housing, too. Military brats are military brats; they grow up playing with whomever is available, and their families all have something in common. As a result, they are likely to be stronger proponents of diversity later in life.

One of the pros of having a parent who’s periodically deployed is that children learn to be active participants in their household. For months at a time, military spouses function as solo parents. To keep the gears moving, kids are required to do their part to help. They’re often expected to pick up the slack around the house, assisting with younger siblings, doing daily chores and taking more responsibility than an average kid would. When they grow up, they’re unlikely to become a slacker in group projects. They’re used to pulling their own weight, and it will show when they hit college or get their first job.

The not so good

For the most part, the positives outweigh the negatives. The downsides to military life are very real, however, and what a military brat turns out like depends greatly on their individual experiences. Some adapt well to military life, while others struggle with behavioral problems.

The most frequently reported negative effect of growing up as a military brat is anxiety. Deployments are hard on military spouses, and they’re often equally hard for children. As kids mature and become aware of the risks their parent’s deployment brings, they can become fearful and worried. The stress of frequent schools can also trigger anxiety. For some, this results in behavioral problems in school and slipping grades.

Interestingly, the emotional impact of deployment can be mitigated, at least in part, by the parent still at home. If the acting caregiver is calm, positive and present, kids are more likely to make it through each deployment in a healthy mental state.

Though seemingly counterintuitive, military brats have the potential to become hyper-independent. Because they can’t rely on many constants in their life, they may lose trust in others to provide stability and comfort. Again, this depends greatly on individual experience.

An adjustment to civilian life

Most military brats carry their military brat status for life. Somewhere between the ages of 18-24, however, they age out of their dependent status. They face a similar adjustment period as military members do when they retire. They’ve likely lived with military support for all of their lives, and learning the ins and outs of the civilian world can leave them feeling shell-shocked.

The ups and downs of military life have a profound effect on the children who grow up with it. And those children grow up to become adults. There are thousands of former military brats out there, and it’s critical that we further explore how military life affects them long term.

What is clear is that the length of deployments and the conditions at home are strongly correlated with the child’s mental state. Because of the physical and emotional disruptions of military life, the fundamental tenets of parenting that we all try to follow become even more important. The stability, presence and support of military spouses can reduce the effect of deployment on their kids. With that in mind, it’s crucial that military spouses have a support system of their own. For more mental health resources, Veterans Families United has several helpful connections.