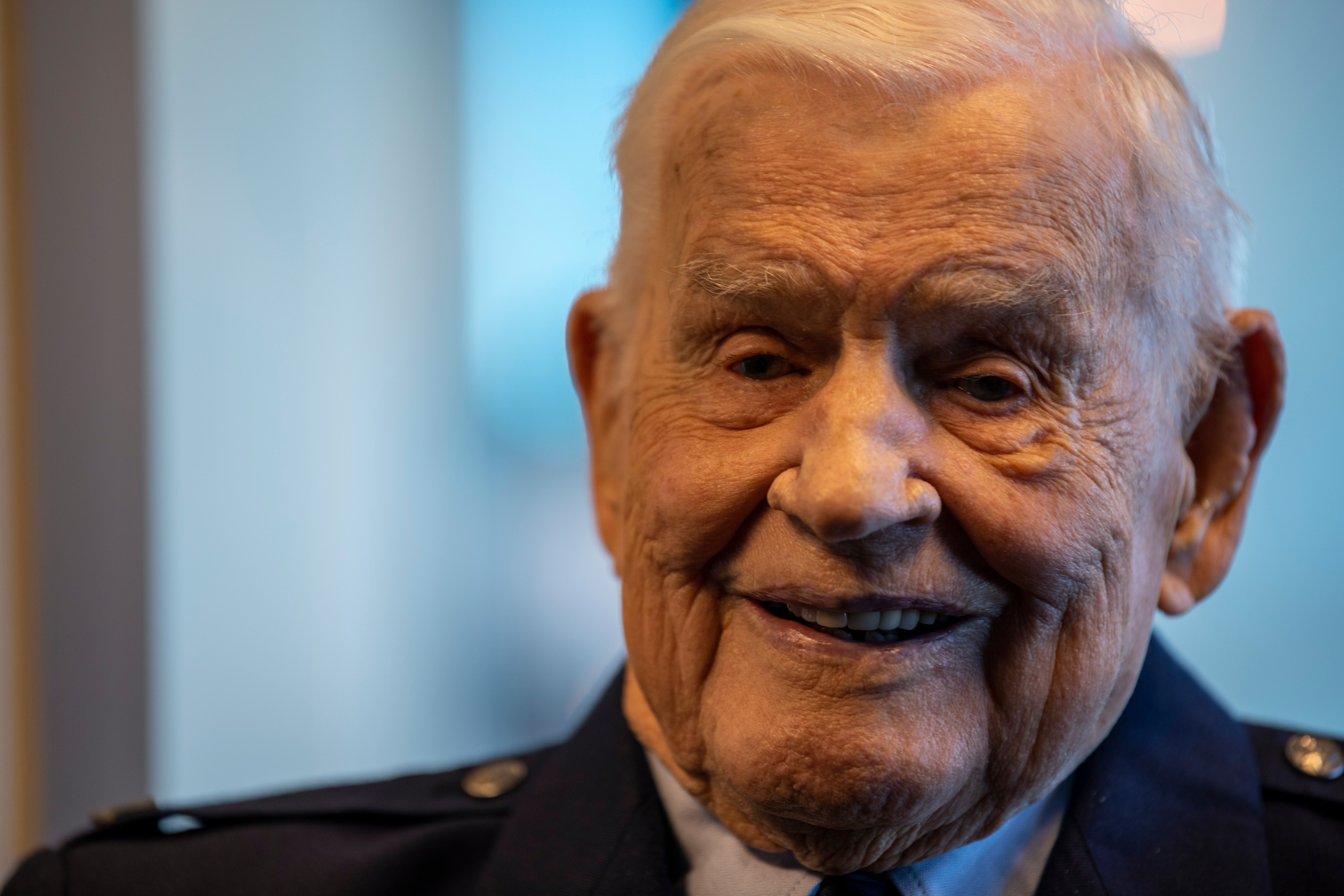 Col. Clarence E. “Bud” Anderson served in the U.S. Army Air Force and the U.S. Air Force from 1942 to 1972. He is America’s oldest and highest-scoring fighter ace, with 16 ¼ aerial victories on his official record. To honor the service of this triple ace, the Air Force promoted 100-year-old Col. Anderson to the rank of brigadier general.

On December 2, 2022, at the Aerospace Museum of California, Air Force Chief of Staff Gen. CQ Brown, Jr. presided over Brig. Gen. Anderson’s promotion ceremony. “It is a real, real pleasure and honor to be here today with you,” Gen. Brown said at the event. “As you might imagine, I get to do some pretty neat things, and this is one of them.” Accompanying his new rank, Brig. Gen. Anderson was presented with his general officer’s flag, to be flown outside of military buildings in his presence.

During WWII, Anderson flew with the 357th Fighter Group, with fellow ace Chuck Yeager, eventually serving as its leader. He completed 116 combat missions in the P-51 Mustang, never getting hit by enemy fire or even having to turn back for any reason. After the war, Anderson made the transition to the Air Force and served during the Korean and Vietnam Wars. Following his retirement, Anderson became the manager of the McDonnell Aircraft Company’s F-15 Flight Test Facility at Edwards Air Force Base, California. Some of his military awards include 16 Air Medals, the Bronze Star Medal, five Distinguished Flying Crosses and two Legions of Merit.

Over 200 people attended Brig. Gen. Anderson’s promotion ceremony, including members of Congress, local representatives and retired service members. “To all the young people that have the ambition to join the Air Force, have at it!” Anderson said at the ceremony. “You can be what you want to be and you should know that when you like what you do, you can excel, be a better person at your job to do it better.”